Should we be turning Japanese? | Inquirer Lifestyle 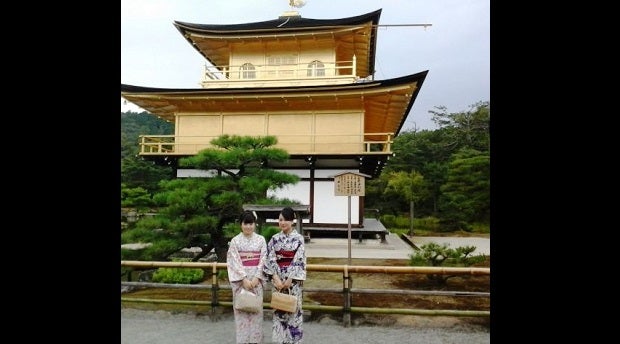 Should we be turning Japanese?

The café is called Schooner, and after a week of unremitting ramen and sashimi—sold half price at a nearby supermart 30 minutes before closing—I was craving some distinctly Western food. A ham and cheese sandwich, perhaps a pizza, and Schooner sounded promising.

Nope, more sushi and sashimi on the menu which we already had in our bulging plastic bags along with persimmon, rice chips, cider, green tea-flavored KitKat chocolates and stuff we don’t usually get back home.

Ten minutes later, as we were about to keep the comestibles in the hotel ref, we discover one of the bags missing. Hubby had placed it on one of the café’s tables while perusing the menu and forgotten to cart it back.

Rushing down to the lobby, he opened the door to find—Michiko from Schooner, bowing waist deep and presenting the forgotten bag. She had run all the way to the hotel to give it back—even jaywalking, quite unthinkable in this obsessively law-abiding country—but we had disappeared, she said in halting guttural English.

I knew then that Japan would become a favorite destination from hereon. The sights may be picturesque and Unesco-certified as heritage sites, the crafts delicately hand-made and unique, and the food clean-tasting and healthy, but it is the people who make this neighbor worth another call.

I remember going to China and Africa and dreading crowds, especially in trains, buses and elevators where people often pushed and jostled, wantonly stepping on toes without apology. In China, we saw locals boarding buses naked from the waist-up or in their undershirt and flip-flops, their hacking cough and phlegm droplets competing with the exhaust fumes.

In Africa, meanwhile, big men in suits unceremoniously shove you aside as they stomp their way out of the lift, and this inside UN premises where presumably women are treated better than chattel.

Having reached that euphemistically described senior year, we find that we tend to put inordinate stress on manners these days, and the Japanese perfectly fit the bill. They are meticulously, compulsively orderly, remarkably well-scrubbed, excruciatingly polite and compellingly discreet.

Once, when we dined at this popular Japanese restaurant in Shinjuku where the queue snaked through the street, we requested for seats at the counter so we’d have first dibs at the tempura being cooked just a foot away. Historian and Inquirer columnist Ambeth Ocampo—who has been in Japan for a fellowship and teaching stint for the past two years—initiated us on the fine art of eating tempura the authentic Japanese way. We have a choice of several dipping sauces, including this wasabe salt, he said, indicating the small tray of condiments rightmost our plate.

Several tempura pieces later, our plate was in total disarray, the wasabi salt saucer now ensconced with the shrimp tails, the pickled radish and dipping sauce, leftmost. As I picked up another crunchy morsel with my chopstick, I saw the chef lean over and pick up the delinquent saucer, putting it back neatly on the condiments tray, rightmost.   Hmmm, could I take him home and let him loose on our son’s messy bedroom, I whispered to the hubby.

Order seems second nature to the Japanese, an amazing trait on full display in the configuration of their shoebox hotel rooms. In our 17 sqm room, we find: a queen-sized bed with matching kimonos and disposable slippers, a hanging wardrobe cabinet so we could stash our luggage under, a long dresser table with an electric kettle and phone, with the safety deposit box inside one drawer, the personal ref and chair tucked under.   The bathroom was tiny, but it had a wall blooming with buttons, probably the height of Japanese toilet technology and love for creature comforts. It can be confusing at first, but the assorted buttons assured that the call of nature need never be messy, cold (the toilet seat is temperature-controlled), smelly or even noisy: a button plays background music while you go about your business.   But be warned: such contraptions can be addicting (along with the no-tip national policy), and you’re bound to feel cheated with the basic commode you’d have to go back to on your return home.

In fact, order was the order of the day, even at the height of a typhoon. Back home, we tend to dress down, choosing outfits we had consigned to the back of the closet for being outdated or plain tatty. Well, we’d cover it up with a jacket anyway, we shrug, slipping into plastic sandals or fishwives’ boots we could wade in. Such was my mindset when “Neneng” (international name: Phanfone) decided to skip the Philippines and head straight to Japan, hitting Tokyo with gusty winds and a relentless downpour that shut down Japan Rail because of landslides and filled up evacuation centers because of five-meter storm surges.

Intent on making the most of our last two days in Tokyo, we tramped down the wet streets to the nearby museums in my typhoon gear: hubby’s oversized rain jacket that reached down to my knees and effectively covered my old shirt and shorts, paired with rubber sandals and a transparent plastic umbrella bought from Family Mart. I clamped on a shapeless hat to complete the look.

Around me, the fastidious Japanese tramped along—in fur-collared tailored rain jackets and slim, high-heeled rain boots, the men in coat and tie and some women in skirts and stockings, their silk umbrellas trimmed with embroidery or lace at the hem. Are they off to work? But it’s a Sunday! And raining buckets! Of course they were too polite to give me curious looks, but I felt terribly grungy in my outfit and vengefully wished the typhoon would turn into a deluge quickly so my raingear would prove wiser.

Order too ruled the streets where bikes serenely sliced through the sidewalks. Everyone, it seems—grandmas, kids, housewives, salarymen in suits, even this restaurant delivery man balancing a tray of several bowls of steaming ramen—were pedalling along, and would deftly maneuver to avoid pedestrians.   Two weeks and nary a near-brush with them infernal machines. Unlike in Vietnam where crossing the street can feel like Russian roulette because of the mass of bikers bearing down on you, Japan’s everyday cyclists are a study in efficient, safe, nature-friendly and graceful mass transport.

Patience seems hard-wired to this people’s brains as well. I remember how we once boarded a night bus and had expected to be home earlier than usual since the traffic was even more sparse than at daytime. To my surprise, the bus took an inordinately long wait at this bus stop. Was there a checkpoint, I thought. Were we having engine trouble? But none of the passengers seemed overly concerned, so I stood to check on the driver for any signs of anxiety, and saw why we were taking so long. Near the driver was a money-changing machine where passengers were supposed to change their bills so they could come up with the exact fare. Apparently, this woman, probably a tourist like us, did not observe bus protocol and had just changed her bill in the machine. She was now painstakingly counting and scrutinizing her coins to come up with the 230 yen fare. The driver watched her impassively, never prodding her nor grabbing the needed coins to rush the transaction. The other passengers were as patient, none of them exhaling sighs of disgust nor clicking their tongue in reproof. Just another bus ride, but a bit longer, they all seemed to be thinking. I shot the woman who had alighted a glare—I wasn’t Japanese and had felt entitled to my uncouth habit.

Such patience seemed to have rubbed off on some tourists as well, as when we serendipitously witnessed the start of autumn parade in Kyoto when we took the wrong bus. Like our native santacruzan, this spectacle featured the community folk in their colourful costumes marching down the streets and on horseback, a feast for the eyes and fodder for Facebook indeed. As expected, frenzied tourists descended on the parade, their camera lenses preceding them by a mile. But costumed marshals kept them at bay with a quiet nod and a hard stare.

There was something solemn about the event that even trigger-happy tourists felt and learned to respect.

You know what they say about cleanliness being next to Godzilla-ness? Well, so true in this land of movie monsters who, if the Japanese everyman had his way, would be wiping their paws on wet tissue after destroying those buildings. No matter how miniscule one’s order was—a 300-yen (about P120) bowl of ramen, a 110-yen order of stuffed bun—the sales staff at the counter always made sure to hand customers a sealed wet tissue. A box of such sanitation aid sat on the table, enticing diners to use them inordinately and profligately. You can never be too clean around here, the box seems to say.

Indeed, the onsen says that as well, as using this communal hot tub involves a longish shower and bath before you can even dip a toe into the steaming water. Pictographs with detailed bathing instructions bloom at the onsen site, as if the nearby showerhead, shampoo and body gel, plastic bucket and dipper were not eloquent enough.   You almost expect a stern Hygiene Police to come in and check behind your ears before allowing you into the tub.

Quietly helpful is another way to describe the people we met on this half-month trip. The language barrier isn’t that formidable, we found out. Just ask the younger folk who are eager to practice their English, Ocampo advised us early on. Indeed, on the way to the hotel, we had gotten lost in the warren of streets surrounding the train station. We chanced upon a young girl cycling and stopped her long enough to ask. She not only pointed to a block down, but pedalled alongside us as we walked to the direction she had indicated, making sure we did not stray. Only when we sighted the hotel name and exclaimed recognition did she finally peel off with a smile and a wave.

Having been used to the streets of Manila, walking the streets here is an exercise in self-censorship. Let go of that bag you’re hugging close to your chest, I told myself repeatedly. Even at the Golden Gai, Tokyo’s red light district where one- and two-table bars crowd each other on narrow streets and where, we learned, foreigners are sometimes barred, one felt perfectly safe. No bag-grabbing motorcycle thief around here, no snatchers or pickpockets on the loose. Well, it felt that way when we were there anyway.

We were not too happy to leave, even as a question hangs in our mind about this compulsively self-effacing folk. How reconcile such demeanor with the cruel, bloodthirsty and take-no-prisoners samurai of Japan’s 16th century history, or as recent as the Second World War?   Are we talking of the same people here? Is the no-apology war revisionism part of the same package, or is that true only of another era? Perhaps another visit would provide the answers. •