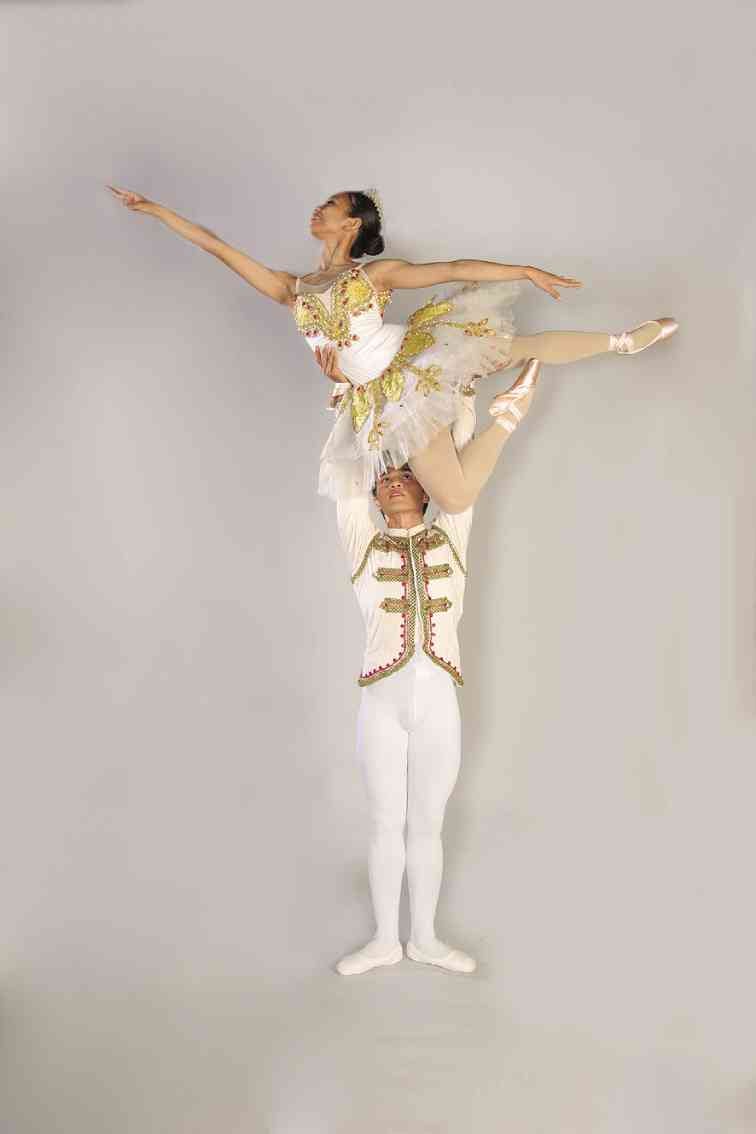 PHILIPPINE Ballet Theater to perform ballet classic on Nov. 15-16 at the CCP

A list of the things that make the Christmas season truly Christmas-y and traditional would most certainly include the belen, the Midnight Mass, the tree and the parol.

But for people who toil in the world of ballet, first on the list would probably be “The Nutcracker.” It’s certainly at the top of the list of ballet maven Julie Borromeo.

“It’s a Christmas tradition,” she says. “And it shouldn’t be just for those who love ballet but for everyone.”

Borromeo is one of the founders of Philippine Ballet Theater (PBT), which is presenting “The Nutcracker”   at the Main Theater of the Cultural Center of the Philippines (CCP) this month. She says the ballet is a Yuletide tradition in major cities such as New York, Moscow and San Francisco.

“And we intend to make it a tradition here in the Philippines,” she says. “It should be staged here every Christmas. After all, it’s a beloved ballet that comes with a magical story the children love, and it is set on Christmas Eve. And, of course, there is the enchanting music by Peter Ilyich Tchaikovsky.”

The production is being directed by PBT resident artistic director Ron Jaynario, who will be presenting his own choreography for the ballet. The cast is composed of the company’s young resident artists, a small number of guest dancers, as well as a few ballet students cast in smaller roles.

PBT president Marichu Nepomuceno marvels at Jaynario’s restaging of “The Nutcracker.” She says he has an amazing ability to create the kind of choreography that can bring out the best from the dancers.

“Rest assured our presentation of ‘Nutcracker’ won’t be radically altered just to suit a particular audience,” says Borromeo. “While the ballet is featuring Ron’s own choreography and staging, the story will happen in the original setting. I’m a purist. I don’t like to tinker with something that might ruin the look and feel of ‘The Nutcracker.’”

The CCP is no stranger to this two-act ballet. A few lavish productions, featuring high-profile guest dancers from various ballet companies abroad, were produced at this venue in the 1970s.

A previous production staged by Ballet Philippines even featured some of Manila’s high-society mavens playing the guests at the Christmas ball. Similarly PBT’s upcoming version will have guest celebrities and dancers performing along with the company’s principal dancers.

Not too many people are aware that the CCP is now home to two resident ballet companies: Ballet Philippines and PBT.

“PBT is the second ballet company of the CCP,” says Borromeo. “We became part of the CCP only recently and we’re grateful to CCP president Raul Sunico for making this happen.”

Borromeo and company had traveled a long journey that finally led them to its new home. Before PBT was born, Borromeo co-founded a ballet company in the ’60s. It was called Festival Four, a federation of four ballet schools, one of which was Dance Theater Philippines. This school was co-owned by Borromeo and two other dancing stalwarts, Tita Radaic and Eddie Elejar.

Federation Four was established to present ballets headlining the students of the four schools as well as the prolific owners of the schools.

It was about at this time when Borromeo met with first lady Imelda Marcos and told her about the plight of ballet in the Philippines.

“I had to tell her that we needed a new and better venue for ballet because all we had then was the Philamlife auditorium along UN Avenue. That theater just wouldn’t do! It wasn’t right for ballet,” she says.

When Imelda Marcos acquiesced to Borromeo’s proposal, the dancer did her share in raising funds to build what would become the CCP.

It would have been icing on the cake for Borromeo had Festival Four been chosen to be CCP’s resident ballet company. However, it was Alice Reyes who was tapped to establish a new ballet company, Ballet Philippines.

Nevertheless, Borromeo kept herself busy by teaching dance at the school and headlining stage musicals like “A Chorus Line.” Festival Four also produced ballets in other venues, notably the Meralco Theater. In 1986, the federation abolished Festival Four and founded PBT.

Today PBT is finally home at the CCP. In a way, Borromeo and her cofounders have come full circle. Their PBT is among the three major ballet companies in the country. The third is Ballet Manila, which was founded by Lisa Macuja.

“The three companies do not consider each other as rivals at all; we’re one happy ballet family,” says Borromeo. “We even invite each other to watch each other’s shows.”

PBT has 20 resident dancers. A number of them were trained by Borromeo at her dance school in Mandaluyong. The others were trained in the other schools that cofounded PBT.

“These young people all love to dance. It’s their passion; the small pay they receive is just incidental. A few of them never dreamed of learning or dancing ballet. Their parents put them in our school because they were having problems—drugs, relationships. Learning ballet took them away from all that trouble,” she says.

She’s designing the show’s over 100 costumes. This entails creating such opulent garments for the waltzing flowers, the dancing sugarplum fairy, the Spanish and Arabian dancers, and the ball gowns of the party guests.

To lure the younger audience, the company is giving special rates to students.

She says: “Through this show, we intend to take the children away from all those video games and gadgets, if only for just one evening. And I think what we’re doing is actually working because they get to love what they see, even if they’re up there watching from the balcony. When we staged ‘Nutcracker’ in 2010, I noticed the children; they enjoyed it even more than the rich people who watched ballet regularly.”

With this year’s presentation, Borromeo hopes to make the children look forward to seeing another production of “The Nutcracker” again next Christmas. Better yet also the other ballets staged at any other time of the year.