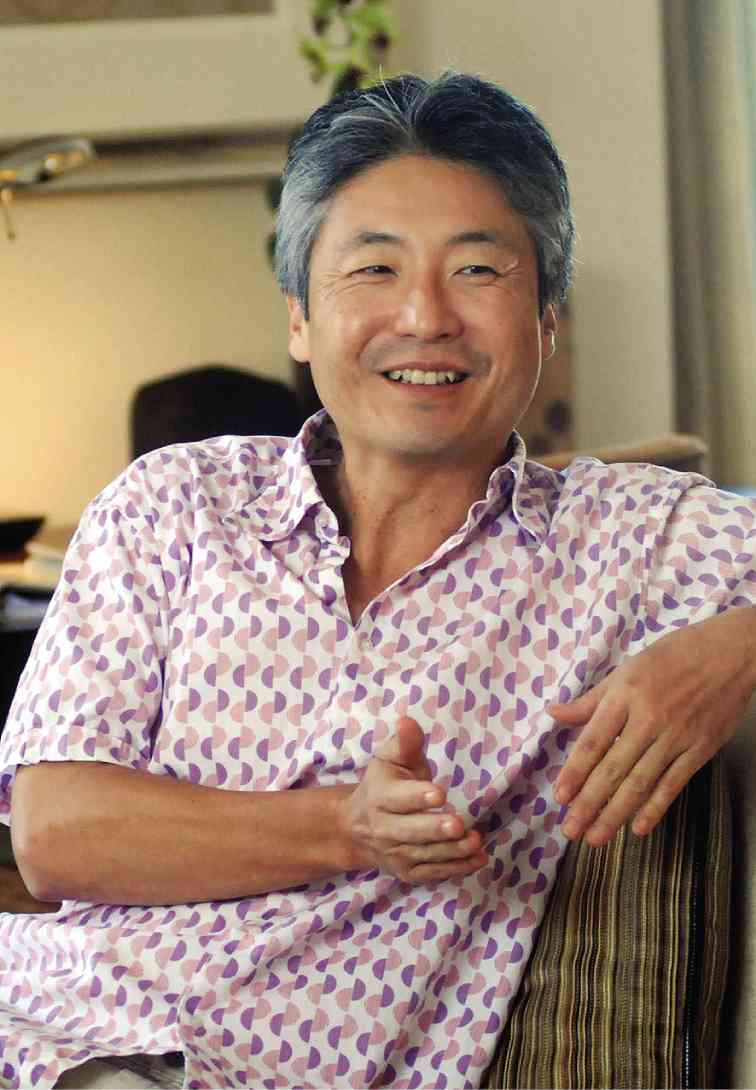 When he was a child, Chang-Rae Lee did not think of becoming a writer.

“When I was a kid, I wanted to be a fighter pilot. I really did. But my vision is bad,” earnestly explains the 49-year-old novelist.

Lee was in Manila to speak at National Book Store and Raffle Makati’s Philippine Literary Festival 2014, particularly about his first book, 1995’s “Native Speaker,” and his latest book, 2014’s “On Such a Full Sea.”

Lee looks back at his writing journey with humor and insight.

That journey began in Korea where he was born in 1965; Lee went with his family to the United States when he was only 3 and grew up there.

“I always enjoyed writing but I never allowed myself to think that way,” he tells the Inquirer. “It wasn’t part of my upbringing. I always knew it would be a hobby but I never gave myself sanction to think about it.”

“I’ve had a very wide love for literature,” he says. “I love when the writers have a very particular relationship with language.”

After graduating from Yale University with an English-major degree, Lee decamped to New York where he worked as an equities analyst on Wall Street.

“The particular job I did on Wall Street did require writing skills. So that’s why they were interested, and I wasn’t poor in quantitative stuff,” he says of the time.

After one year, he quit.

“I quit that job so that I can try to start my writing career,” he explains. “And I’m very happy I did. The job was more a sort of diversion. I didn’t dislike the job, but it wasn’t my passion.”

That passion was writing, and he gained his MFA from University of Oregon. In 1995, he published his novel, “Native Speaker,” which revolved around the travails of a Korean-American industrial spy named Henry.

The book won a raft of awards, including the PEN/Hemingway Award, the Asian/Pacific American Award for Literature and the American Library Association Notable Book award.

“I was asked to do a sequel right away by booksellers,” he says. “And I thought that would be the worst thing I would do. This is art. You have to constantly feel that you’re in an uncomfortable place. Creatively you’re unsettled. I think I’ve always felt that, and I just try to remember why I do this. It’s because it’s what I enjoy.”

In his books, there are many Asian-American characters, which wasn’t something he planned.

Several of his characters, such as “Life’s” Doc Hata and “Surrendered’s” June, call back to events in Korean history.

“It’s part of my personal interest in contemporary Korean history,” he says. “The novels are a way for me to explore that interest in a format that makes more sense for me. Ultimately those are not historical novels; they’re novels that employ a historical backdrop to talk about problems of the psyche and of morality.”

Departure in many ways

His newest book, “On Such a Full Sea,” is a departure in many ways, as it is about a Chinese-American named Fan, set in a dystopian future version of Baltimore, Maryland.

“I wanted to write a book about a society that is not exactly our own,” he says. I decided early on that I would set the story in the future, so I also had this continuing interest in contemporary China. It was like a fantasy about what happens to our world in many different respects, not just with China, but the environment, with income disparity, with healthcare, all those kinds of things. The novel ended up being an accidental science-fiction book.”

Ironically the people from Baltimore, instead of being angry because of his portrayal of the city as a wasteland, were quite happy about it when he visited after the novel came out.

“They loved the book,” he says with a laugh.

It takes Lee 2-3 years to finish each novel because he considers himself a slow, methodical writer, doing expansive drafts with revisions already worked in. 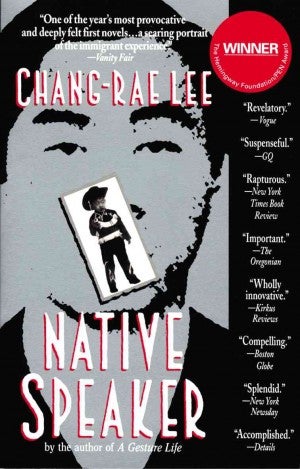 Part of this is because he treats his writing as a regular 9-to-5 job, sitting in his desk after breakfast every day from Monday to Friday. Otherwise, he’s teaching creative writing at Princeton University.

On weekends, he takes time off to be with his wife Michelle and their two daughters. “I like cooking and drinking wine. They’re very simple pleasures.”

He’s already working on his novel, most likely out in 2016: “It’s again a very different novel. It’s a kind of a picaresque-adventure novel. It involves a Chinese-American entrepreneur who travels around the globe with the person who narrates it, a young Anglo-American assistant. It’s kind of a buddy story, slightly comic, slightly tragic.”

Lee’s books often describe a state of suspicion between his characters.

“I think suspicion is at the base of a lot of our human activity because it’s not always negative,” he says. “It’s a misalignment of expectation, of desire. That’s just a basic unit of human interaction, even when we’re with someone we love. I think that’s interesting.”

And, as always, his chapter ends in breathtaking lines.

“They just occur in the moment, but usually at the end of the chapter, there’s kind of a crescendo of feeling,” he says. “A new clarity about what’s going on for the narrator. For me it’s a very satisfying way to end the chapter, but it also makes you anticipate what may happen next.”

The visit to the Philippines is his first. “I was interested because I hadn’t been here before. Living in Hawaii for a year—which is a heavily Filipino-influenced culture—I’d been told that people in the Philippines were always so generous and so welcoming.”

He talks about walking around and, during his welcome lunch with National Book Store’s staff at Sala, enjoyed the Filipino dishes like crispy pata.

As he moves forward with his writing, Lee remains very mindful of the great burdens and gifts of being a writer. It’s something he doesn’t forget for a second, from book to book, from place to place, about what he really wants to speak on.

“It’s all been difficult and yet I feel as if I’m very fortunate. Every day it seems like a huge struggle and every day, I have a little fear that I won’t be able to do my work in the right way,” Chang-Rae Lee says. “It’s a form of performance anxiety everyday but at the same time I feel lucky to have that kind of anxiety, which, I think, helps me do my work. It’s both a big challenge and the best thing.”