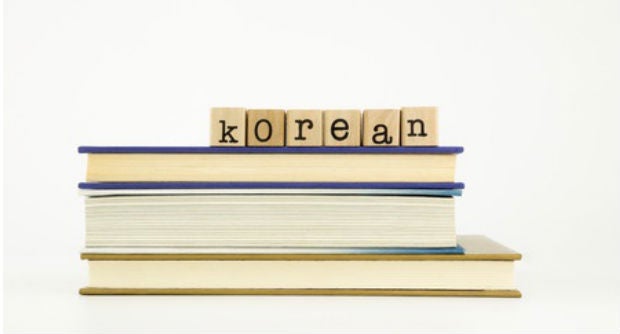 SEOUL – North and South Korea have never found dialogue easy, but academics from both sides currently meeting in Pyongyang are trying to steer things in the right direction by at least getting them to speak the same language.

A 25-year old effort to produce a unified Korean language dictionary is, its compilers say, entering the home stretch in its bid to bridge a growing gap in vocabulary, if not ideology.

Last week, a group of South Korean linguists and lexicographers involved in the dictionary project left for their first meeting in North Korea for five years.

Speaking to AFP before he left for Pyongyang, Han said the problem was especially pronounced in the language used by professionals like doctors and lawyers.

“It’s so marked that architects from each side would probably have difficulty building a house together,” he added.

After the 1910-45 occupation of Korea – during which Korean was banned in schools and government – both sides of the newly divided peninsula put a priority on the Korean language and literacy.

But more than six decades of almost total separation have seen their common language split almost as radically as their economies and politics.

Some common words have polarized meanings, such as “agassi” which means “young lady” in South Korea, but “slave of feudal society” in the North.

The real problem is the far larger number of words that have exclusively entered each country’s lexicon and are mutually unintelligible.

Han estimates such differences now extend to one third of the words spoken on the streets of Seoul and Pyongyang, and up to two thirds in business and official settings.

“At the moment there is still no problem in basic communication, but the language rift will become unbridgeable if the differences are left unchecked,” Han said.

The project to compile a unified Korean dictionary was first suggested by South Korean pro-unification activist Moon Ik-Hwan when he met North Korea’s founder leader Kim Il-Sung during a visit to Pyongyang in 1989.

Kim approved the idea, but things got off to an inauspicious start as Moon was thrown into jail on his return to South Korea for making an illegal trip to the North.

Moon died in 1994 and it wasn’t until 2004 that the project was revived as cross-border exchanges flourished in the wake of a landmark summit in 2000 between South Korean president Kim Dae-Jung and North Korean leader Kim Jong-Il.

“Like his father Kim Il-Sung, Kim Jong-Il saw the project as significant in terms of preserving Korea’s cultural assets,” said Kim Han-Mook, who heads the South Korean side of the joint committee that was finally established in early 2005 to put the dictionary together.

The target was 330,000 entries and the committee has so far managed to come up with concrete definitions for 55,000 words.

The work was slow at first as the two sides got to know each other, but soon picked up pace and Han said he was confident a 2019 completion target could be met if – and it’s a big “if” – the committee can go about its work uninterrupted.

Unfortunately, even the peaceful work of lexicography is not immune to the volatile nature of relations between North and South Korea, who have remained technically at war since the end of the 1950-53 Korean conflict.

The committee held 20 meetings in its first five years, but then in 2010 inter-Korean relations were effectively frozen as military tensions soared.

The 21st meeting only took place in July this year in China, and the current session in Pyongyang is the first to be held in the North since 2009.

“Of course, we can’t be free of these crises, but the important thing is that both sides acknowledge the importance of our work,” said Kim Han-Mook.

“And the passion shown by our colleagues in the North has always been purely academic, overriding politics,” he added.

When the committee is working regularly, they aim to tackle around 20,000 words at each week-long meeting.

“From the beginning, we agreed to exclude overly ideologically-motivated vocabulary,” said Han Young-Un.

“We usually manage quick agreement on about two-thirds of the words under discussion, and then tackle the tougher ones.

“If we can’t agree, we provide the two different meanings as understood in North and South Korea,” Han said.

One factor behind the divergence in the two versions of Korean was the North’s decision to “purify” the language by eliminating the many words of Chinese origin and coining new “native” terms to replace them.

In South Korea, Sino-Korean words still comprise more than 50 percent of the vocabulary.

At the same time, the North incorporated Russian loanwords – such as “gommuna” for “community” – while the South borrowed heavily from English to coin terms like “eye-shopping”, meaning browsing.

North Korean defectors like Park Kun-Ha say the prevalence of English loanwords is a major obstacle to adapting to life in the South.

“It’s incredibly frustrating. They are everywhere, and it’s essentially like learning a foreign language,” said Park, who fled the North in 2005.