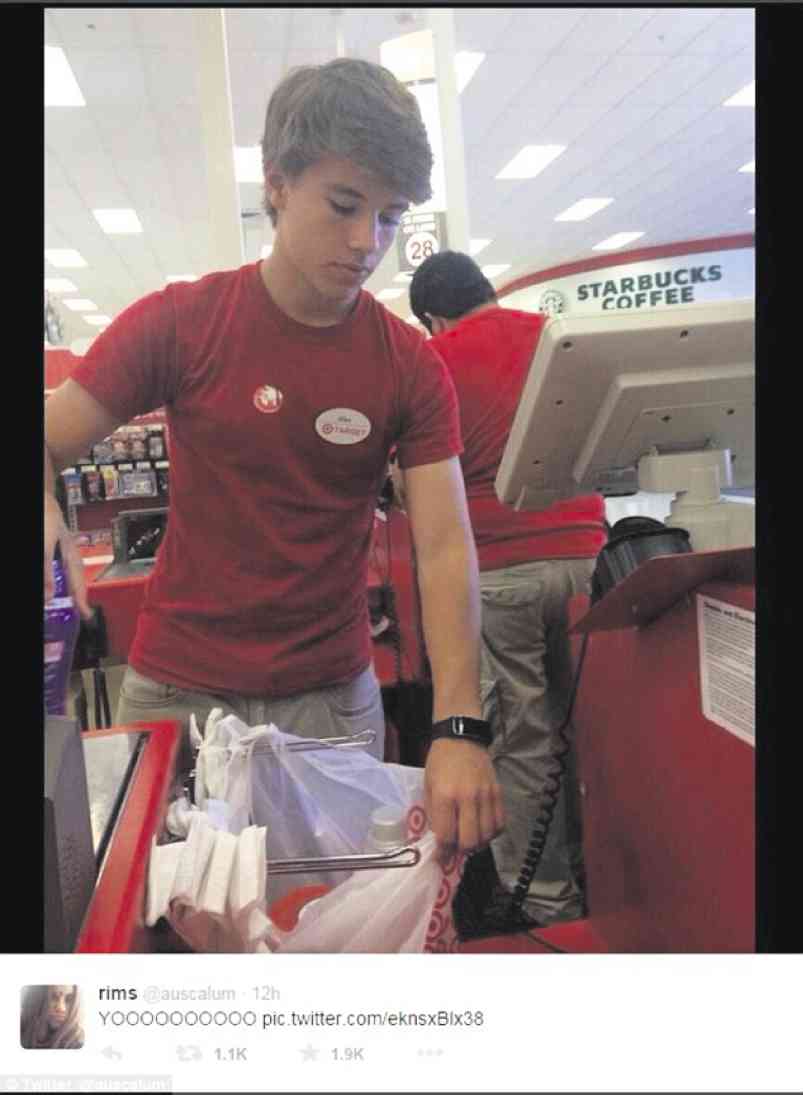 The boy who broke the Internet: #alexfromtarget

Smartphone cameras are not just for selfies, they’re also for taking “stealthies,” or secret snaps of people around you, mostly in the “OMG, look how hot this guy/girl is” category (admit it, you and your friends have a Viber/Whatsapp/WeChat thread dedicated to this).

It’s no surprise that a “stealthie” of a cute Target employee nearly broke the Internet—#alexfromtarget. His The CW-like good looks made him a, well, target for retweets by giddy teens. Pretty soon Alex caught the attention of blogs, news sites, and Ellen DeGeneres—Alex, whose real name is Alex Christopher LaBeouf, appeared on the show this week. News site Gawker reports that the whole #alexfromtarget thing was a planned campaign perpetuated by a marketing firm who was claiming responsibility for the whole stunt. But hey, other people have claimed to be BFFs with #alexfromtarget, and that’s not true either.

If “Shake It Off” was part of your shower Spotify playlist, prepare to have a Swift-less bathtime experience because Taylor Swift has shaken off Spotify from her life. The popular music-

streaming service was stripped of its extremely popular Taylor Swift content. Everything has changed; Spotify knew Swift was trouble when she walked out, but hopes that someday soon they will be out of the woods and safe and sound (which, incidentally, is the only Taylor Swift song available on Spotify, courtesy of “The Hunger Games” soundtrack).

Sounding like a needy ex, Spotify has been begging Mama Swift to come back, and even created a playlist called “Come back, Taylor!”—the 21st-century equivalent of holding a boombox over your head or a breakup mix tape, which has been removed since. Are they over her, or are they secretly writing an album not-so-subtly alluding to her?

Lena Dunham is undoubtedly the queen of TMI. The actress/writer/producer/director of “Girls” bares her girls as often as she wants, so when her memoir “Not That Kind Of Girl” came out, everyone knew that we were going to learn way more about Lena than we cared to. In true Lena form, she shared how as a child, she would inspect her sister’s nether regions, jokingly likening her 7-year-old self to a sexual predator. These passages caught the attention of several pundits who accused the writer of sexually abusing her little sister. Dunham went on a “rage spiral” on Twitter lambasting her detractors for twisting up her words and giving malice to innocent child’s play.

Everyone’s favorite deductive detective is off the market. “Sherlock’s” Benedict Cumberbatch’s engagement to director/actress Sophie Hunter (“Vanity Fair,” “Midsomer Murders”) was announced by his parents in the “Forthcoming Marriages” section of The Times. If we were to pull a Sherlock and apply logic to this news, we can rightly deduce that a lot of hearts have been broken over Cumberbatch’s engagement.