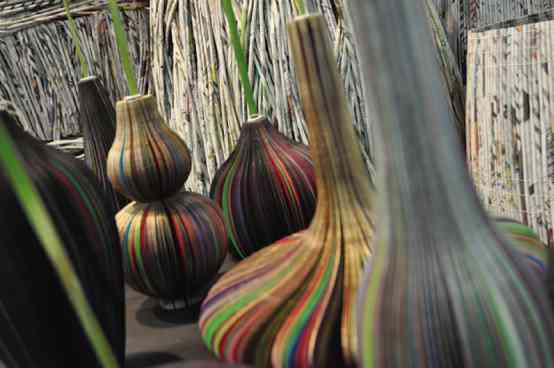 Bea Zobel Jr. is behind the ultimate Filipino bazaar

Philanthropist Bea Zobel Jr.’s latest advocacy hits two birds with one stone. As the moving force behind Designers’ Holiday Bazaar at Greenbelt 5 (Nov. 10-16), she is raising funds to send bright but underprivileged children to high school. Then again, the bazaar, consisting of unique home accessories, is also selling Filipino pride.

“Why do foreigners love our products? Why do we prefer to import when we have beautiful crafts? All my tableware is Filipino. I don’t bring anything from outside,” declares Zobel. “I’m doing these bazaars to show people what exquisite items we can make.”

When Ayala Land tapped her to organize a series of bazaars at the Gallery of Greenbelt 5, Zobel rounded up designer-exporters who had helped her in the past.

Except for Ding Perez of Zentiments, which produces home accessories, none of them have joined bazaars, and majority caters to the foreign market.

Longtime friend Karen Santos has been helping Zobel in her advocacies, including raising funds for the Metropolitan Museum over a decade ago.

Randy Viray of Triboa Living sells a lot of cutlery made from stainless steel and carabao horn. Also popular are lanterns made of glass, metal and woods; and side tables fashioned from black wattle, acacia and recycled woods.

Vidal is excited to make a four-foot cylindrical Christmas tree, made of moss, nito and dried grass.

Maricris Floirendo-Brias’ Tadeco brand is the livelihood project for wives of the family’s banana plantation in Davao. It offers its famous t’nalak accessories, soft furnishing and cushions.

Buyers can get more value with Milo Naval’s shell Christmas lanterns. Although they fetch P5,000-P15,000, the same price range as the commercial versions with blinking lights, Naval’s lanterns are handmade by Bicolano artisans.

Perez’s Zentiments is said to be the bazaar’s top seller. “The other designers offer big lifestyle products. Mine are gift items like bowls, trays and cheese knives from carabao horn,” he says.

His other advocacy is to keep the local tradition of banig-weaving alive. He brings in mats from Pangasinan, Jolo and Bukidnon and promotes them in the bazaar as indigenous arts.

Moreover, nito and crocheted products made by Mangyans, under the livelihood program of Zobel’s mother Bea Zobel de Ayala, are part of the bazaar.

Items are sold at export prices, says Pasola, although they’re not cheap. Viray’s cutlery for a set of four fetches P4,000. Santos’ linen napkins for a set of six easily costs P2,000. Vidal’s lamps are tagged at P10,000. Nonetheless, Filipinos are willing to pay for quality, observes Viray.

“Their designs are clean and progressive. They’ve put a modern perspective into their crafts,” maintains Zobel.

She isn’t just paying lip service to their talents. Many of their products are found in her Calatagan getaway.

Zobel has flown to Tadeco (Tagum Agricultural Development Company) in Davao to work with the T’boli group for her cushions, furniture and upholstery.

These exporters joined the bazaar primarily to support Zobel’s cause. They are donating 15 percent of their sales, which will consequently allow students of Ayala Foundation’s Center for Excellence program to pursue high school education under Ayala Corporation’s Affordable Private Education Center.

“These children will be given affordable schooling for their high school, and work afterwards. I believe that education is the way to alleviate poverty in the country,” says Zobel.

In Spain, where she spends much of her time, Zobel is helping photographer Fernando Manso with his book and exhibit on the Alhambra in Granada. Manso will be visiting the Philippines next month to photograph the landscape.

She also shuttles to London to be with her daughters Monica Urquijo, 19, a communications student, and to New York for Paloma, 23, a graduate of Parsons School of Design.

Meanwhile her eldest, Jaime Urquijo, 26, has chosen to come home and be involved in the family business. He works in the strategic planning division of Ayala. Moreover, he learned natural farming in Mindanao and has cultivated a vegetable farm in Calatagan.

Zobel is excited about helping Jaime decorate his home. “He wants to live within his means from the salary that Ayala gives him. I’m very proud of my son. I did something right in my life.”

Designers’ Holiday Bazaar will be held Nov. 10-16 at The Gallery of Greenbelt 5.