Why is ‘Grease’ so durable? | Lifestyle.INQ ❮ ❯ 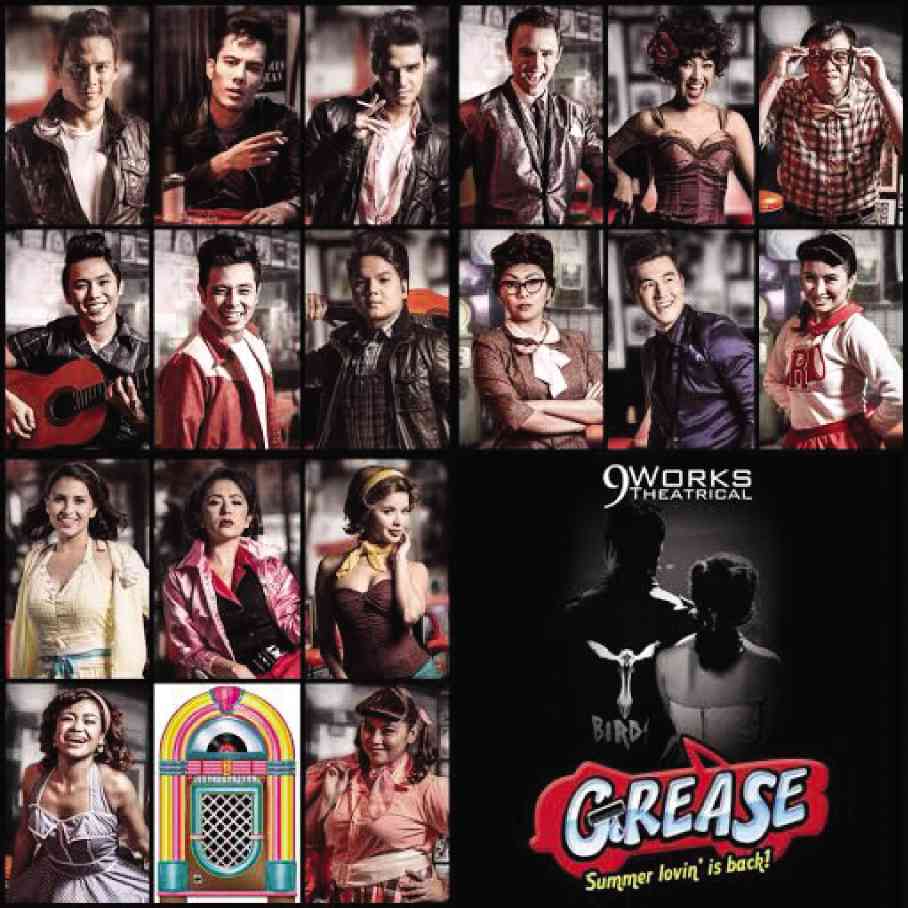 Why is ‘Grease’ so durable?

When Supertyphoon “Yolanda” struck the Visayas on Nov. 8 last year, a collateral victim was the opening of the musical “Grease” at the Romulo Auditorium in RCBC Plaza, Makati. Everybody had to pitch in to help the storm survivors, and there were more important things to do than watch a show, however iconic it may be.

Nevertheless, “Grease” had a fairly successful run, and it even won the prestigious Gawad Buhay! Award for Outstanding Production of Existing Material for a Musical.

But there were many who were not able to see it. So this year, Santi Santamaria, president and executive director of 9 Works Theatrical, decided to restage the musical, which had been made even more popular by the film starring John Travolta and Olivia Newton-John in 1978.

Directed by Robbie Guevara, “Grease” will be mounted anew at Romulo Auditorium during weekends from Nov. 15-Dec. 7, with evening and matinee performances during certain dates (tel. 0916-7185402).

The young, energetic cast is made up of new performers as well as those who were in the 2013 production. The leads are now played by Guji Lorenzana and Tippy dos Santos as Danny Zuko and Sandy Dumbrowski, respectively, with Antoinette Taus as the leader of the Pink Ladies and Steven Silva as Johnny Casino.

Familiar faces from the previous show include Reb Atadero, Rafa Siguion-Reyna and Vince Lim (alternating with Marvin Ong as Doody).

As for the old cast, “Some had to move on,” says Guevara. “Some got work at Hong Kong Disneyland. The new cast members are 9 Works ‘virgins.’ They’re new and fresh. Every rehearsal is different from last year.”

The choreography (by Arnold Trinidad and Francis Matheu) has changed. The director adds: “New steps had to be rehearsed. Ideas kept popping up, and they still do. It’s not the same show as last year’s.”

“Grease” is very entertaining and all, but it’s not really one of the all-time memorable musicals. So, what accounts for its durability?

“That’s a good question,” says Guevara. “It’s fun because of family and friends, love of dancing, love of music. Everybody can relate to this. We take it for granted now, but in the 1950s the mores and times were changing. Young people wanted to live life to the full. That’s what we want to show, what it was like before. That’s what I would like to remind cast and audiences.”

He adds: “We don’t try to make it sophisticated. It’s a timeless musical.”