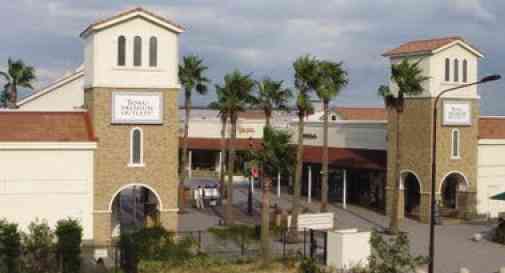 Soups, shrines and shopping—these three quite sum up my recent trip to Japan.

First, the shopping. A great find: Fukuoka City in northern Japan is a shopping haven.

TOSU Premium Outlets, about half an hour’s ride from Fukuoka airport, is a vast outlet mall opened in 2004. It has specialty stores, from old-time favorite brands to fresh ones.

Sports brands Nike and Adidas knocked off prices on their classic shoe editions.

A food court was located at the center of the mall, with fast-food shops and nationwide chain restaurants. The mall also had programs for kids.

The Canal City is Fukuoka’s shopping and entertainment complex, its rows of shops a sheer visual pleasure. We didn’t have to shop to enjoy a shopaholic high.

We also found H&M in the midst of a giveaway sale on almost all  items.

Canal City housed an array of food outlets, making us dizzy with delectable choices, from Japanese delicacies to French and Italian cuisines.

For those people-watching the night away, Canal City cafés had vantage points. On a stroll around our hotel, we bumped into souvenir shops and haute-couture boutiques.

It had a big supermarket offering Japanese grocery items we could not find elsewhere. I was tempted to panic-buy, but thankfully, I could not read Japanese labels so I did not know which to buy.

As our travel agent representative put it, “Fukuoka is a treasure that shopaholic travelers have yet to discover.”

Fukuoka is the largest city on Kyushu Island, and is being promoted by the Japan National Tourism Authority as a shopping destination.

The recent familiarization tour hosted by the Japan National Tourism Organization (www.jnto.go.jp/philippines) and the Japan Tourism Agency (www.visitjapan.jp) was well-organized and somehow relaxed.

Fukuoka’s most famous shrine is the Daizafu Tenmangu Shrine, a sacred place where people go to pray for happiness, visit family graves, and join festivals especially designed for kids.

The shrine was established in the early 10th century, it was written, to pacify Michizane’s soul. Michizane is considered the god of scholarship.

According to history, he was exiled to Dazaifu after some dubious machinations in the court by rivals. He died in misery two years later.

The Shinto shrine is considered as one of the “Big Three” shrines in Fukuoka. The shrine has its own history of miracles, destruction, and restorations.

A new museum, rebuilt in 1992,  has Dazaifu Tenmangu’s notable collections of art and historical objects, including national treasures.

We were told that the best time to visit the shrine is February or early March, in time for the plum tree blossoms—about a month before the cherry blossoms.

The Imamura Church, built in 1913, is just a few kms from the shrine. It is a distinguished-looking building with French stained-glass architectural highlights and 14 sacred paintings of the Passion, pillars made of Mt. Kora’s cedars, and custom-made bricks.

The church was built in the Romanesque style, with red bricks and two towers. We found the paintings on the walls and ceilings delightful in their rich details.

The Moji Port, north of Kyushu, was designed in 1889 as a special national port for exporting products such as coal. According to history, the port was key to the modernization of Japan. It also served an important role as transport base for troops and military goods during the Sino-Japanese War and the Russo-Japanese War.

Because of its strategic importance, Moji drew in financial institutions and trading companies. The area around Moji Port prospered in the early 20th century.

The place is now one of the popular tourist spots known as the “Moji Port Retro Area,” visited by about 2 million people a year. We were excited by the countless old Western architectural structures here.

Those who want to get connected with nature can check the Riverwalk Kitakyusshu and enjoy the view of Murasaki River and Katsuyama Park.

Take a few steps, and you’ll reach Kokura Castle, the only castle left standing in the Fukuoka district. It was built in 1602 by Hosokawa Tadaoki and completed six years later.
It was destroyed by fire in 1837, with parts rebuilt in 1839.

The castle is surrounded by beautiful cherry trees  and has the Edo-period Shirasu lighthouse, a wooden structure standing proudly on the Kyushu coast.

Other places of interest here: The Kokura Castle Japanese Garden and the Matsumoto Seicho Memorial Museum, dedicated to the life and works of the native Kitakyushu mystery writer.

For foodies who want to explore Fukuoka specialties, we highly recommend the Ajitame Ramen, offered at Yatai. It’s a really good ramen!

Then there’s the Mizutaki dish, a spectacular chicken and vegetables dish in a delicious broth served in Hakata Hahamidori Restaurant near Canal City.

And these are just for starters!