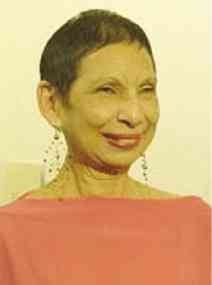 Your mantra for the week: “Change is my friend. I rejoice in it.”

Three decades ago, I predicted that if the Catholic Church wouldn’t make changes in many of its beliefs, by 2032 its institution would become irrelevant.

Apparently the Church has made clarifications and corrections with regard to its ex cathedra pronouncements. For instance, the idea of limbo has now been disregarded.

Church leaders have already apologized for what they have done to people they claimed were heretics, those who believed that the earth was not flat but spherical and not the center of the universe; and, furthermore, that the sun did not revolve around the earth.

In 1999, Pope John Paul II, now St. John Paul, came out with his well-hidden announcement: “Hell is not a geographical place and not a punishment imposed externally by God but the condition resulting from attitudes and actions which people adopt in this life.” This is a major step forward in the changes  I was referring to 30 years ago. Now, Pope Francis is reiterating the same promulgation and adding a few more changes, such as not condemning homosexuality and accepting homosexuals as also God’s children.

Lately, the Church has been inclined to accept the Big Bang theory as the universe’s origin and that the Seven Days of Creation was not literal but an allegory to explain the beginning of life on earth. It is unfortunate that Pope Benedict XVI tried to take the Church one step backward by underscoring the importance of believing that Adam and Eve were the first human beings and committed the original sin.

I trust that Pope Francis will live for at least 20 more years because it is he who will reveal the truth that I have been lecturing about in the last three decades. The bible says, “The kingdom of heaven is at hand” and, if hell is attitudinal and not geographical, we can assume that the kingdom of hell is likewise at hand. It is, therefore, we ourselves who are creating the heaven or the hell in our lives.

Many consider what I have been teaching as heretical, and have even gone as far as accuse me of being antichrist. In truth, I am for Jesus 100 percent because of his teaching, especially when it is metaphysically interpreted. What I teach makes use essentially of 10 biblical quotes which are as follows:

3) Knowing that whatsoever good thing a man doeth, the same shall he receive from the Lord (Law). (Ephesians 6:8)

7) For everyone shall bear his own burden. Galatians 6:5

8) I form the light, and create darkness: I make peace, and create evil: I the Lord do all these things. (Isaiah 45:7)

9) Thou shalt also decree a thing, and it shall be established unto thee: and the light shall shine upon thy ways. (Job 22:28)

10) Truly, truly I say to you, he who believes in me shall do the works which I do and even greater than these things he shall do. (John 14:12)

They encapsulate Jesus’ teachings. For those whose minds are closed to alternative interpretations of the bible, I call on you to review these quotes and contemplate on them and allow yourself to experience many changes in your life.

Once upon a time there was a farmer’s daughter who ended up managing her parent’s mill, although her dream was to build structures which her parents thought was a man’s job.

Her dream, however, wouldn’t go away and that’s what opened the rabbit hole for her in the form of supplying steel for construction through a contractor who had the most “glorious” connections with the government.

With that, she said goodbye to all other projects and focused her attention on excavation. She dug and dug until her profits could be likened to someone who was excavating for a mine. She struck gold.

Her newfound wealth has been an inspiration to many women because of her capacity to accumulate 90 Birkin bags whose prices range from P500,000 to P5 million. She keeps these bags in mansions in California and the gated villages of Makati. She is now the favorite of many glossy magazines who sing Hosannas to her genius in building and excavating. And she is far from reaching her peak, as her alleged connections with corrupt government officials indicate.

Rabbit holes can be tricky. You really do not know where they end; you can either become a pacesetter or end up alone in a very small space where you will be parked for a very long time, possibly for life.

When you think of fancy clubs and restaurants in the city, there is only one person who comes to mind—Louie Ysmael. For who else can dream of and put up such places as Louie Y’s, Stargazer,   Euphoria, Venezia, V-Bar and Nuvo?

I have been to all these nightlife destinations through the years and all of them  maintained Louie’s very high standards in dining and lounging.

Louie and I go back a long way—we were neighbors on Tamarind road. I remember that his mother, Chona Kasten, had two other Scorpio children, Johnny and Techie. These three Scorpios survived their two younger brothers, Ramoncito and Hansy. Scorpios have an inner strength and tenacity like no other.

Meanwhile, back to Louie’s interests… Members Only, renamed Privè, is now considered the best club in Bonifacio Global City and possibly Manila because of its unique atmosphere, fantastic music and the crowd that many would love to hobnob with. Add to this Gramercy 71, a 5-star restaurant located at the top of the tallest building in the Philippines, with a 360-degree view of Makati and its environs.

For pizzas, burgers, pastas and steaks, there is only “One Way” to go in Salcedo Village.

And for the best Thai food, Silk Road has it, also at BGC.

Louie started his career with Louie Y’s and, after all his wonderful successes, you can now call him, Louie WISE.

Kudos to Becky Garcia’s Dancesport which has come a long way since she founded it 18 years ago. Today it has brought so much recognition to Filipino dance talents which were showcased recently in Taipei.

Dancesport contestants won seven out of 30 medals at stake for all 10 categories—one gold, one silver and five bronze. Contestants came from 11 Asian countries and the Philippines topped them all. More power, Becky, you do us proud.

The country is preparing to isolate and quarantine Filipinos who are coming back from Ebola virus-infested countries. Upon their arrival they will all be brought to an uninhabited island in Luzon for three weeks to make sure they are Ebola-free. May I call on our DOH officials to check out a place where the Ebola virus has already struck. The victims can be found among the witnesses for the defense of those suspected of overpricing a Makati parking building. Many believe they were all fibbing and, in the vernacular, “ang mga sagot nila sa komite Eh-bola, talaga!”

The name Ramon Revilla Sr. is so legendary that I thought he had moved on. I stand corrected. He is alive and, with his agimat, may still be producing more children.