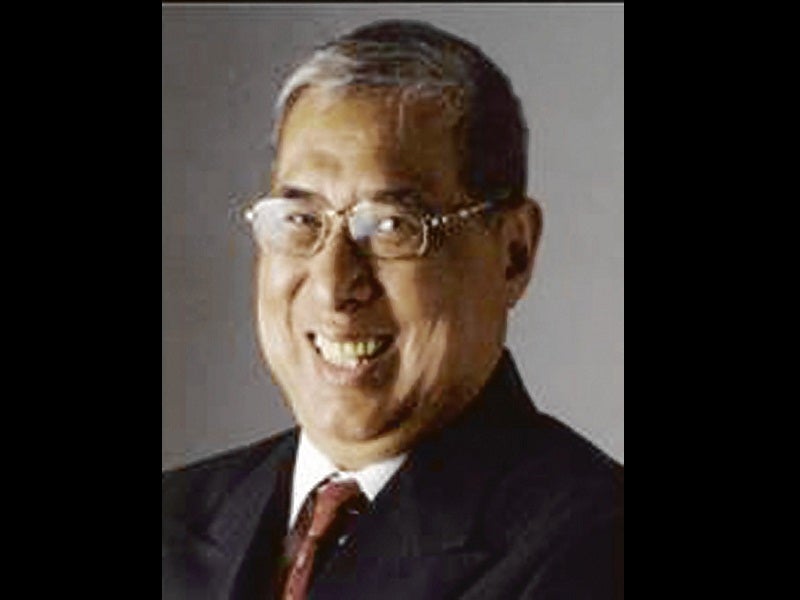 Corruption, injustice have no room in sacred space

In memory of Minyong Ordoñez, who stood up, spoke, and acted for and on behalf of the truth and the common good.

Today we celebrate the Feast of the Dedication of the Lateran Basilica, known as the “mother and head of all the churches of the city and the world.”

The Lateran Basilica is also the cathedral church of the Diocese of Rome and the seat of the Bishop of Rome or the Pope.

This week’s Gospel, the famous story of the Cleansing of the Temple, helps us understand the place of the Lateran Basilica in our faith and the importance of a place of true worship and authentic prayer.

The Temple in Jerusalem mentioned in the Gospel could be considered the equivalent of the present-day Lateran Basilica, if not greater.

At that time, all male Jews over 19 years of age within a 15-mile radius from the Temple were required to make a pilgrimage during the Feast of the Passover. As the “central temple,” it was where every Jew, no matter where he lived, aspired to celebrate the Passover. (Details taken from William Barclay.)

Pilgrims also paid a temple tax equivalent to two days’ wages and made an offering of the prescribed animal.

The temple had two types of vendors: money changers and those selling sacrificial animals such as oxen, sheep and doves. The moneychangers made tons of money off pilgrims, as they converted foreign currency to the local one.

Jewish law allowed moneychangers to earn from their trade, but they made scandalous profits by charging more than the normal exchange rate. In all, the money changers charged pilgrims the equivalent of three days’ wages.

The same was true for the vendors of sacrificial animals, although with an added layer of corruption.

Pilgrims could buy sacrificial animals outside the temple, but the animals needed to be approved by designated temple inspectors.

Those conniving with animal vendors turned down those bought outside of the temple.
The setup forced pilgrims to buy animals in the temple area overpriced by as much as 19 times the cost outside the temple, worth about 19 days’ wages.

At one point, historical records indicated that 2.5 million pilgrims visited the temple for Passover at one time. Talk about big business!

This is the context of Christ’s anger and rage in the Gospel. It was not only the act of selling that enraged Christ. The Filipino phrase “walang kunsensiya” probably best describes what occurred then.

Christ’s rage was not just against the “walang kunsensiya,” but also against the violation of the integrity of the temple as sacred space.

Given the current affairs in Philippine society, does it not become necessary that we reflect on the lessons of today’s feast and Gospel?

The second reading from St. Paul’s first Letter to the Corinthians stresses that we, as individuals and as part of a larger community, compose the Temple.

“No other foundation can anyone lay than that which is laid, which is Jesus Christ. Do you not know that you are God’s temple and that God’s Spirit dwells in you? God’s temple is holy, and that Temple you are,” says the Gospel.

This past year I accompanied someone who asked me to guide him in his journey to live out his mission.

In turn, I was blessed through him with many graces in my own spiritual journey.

One of these graces is understanding what Scripture says about our bodies as the temple of the Spirit, and how we must care for it, honor and respect it.

We must use it to love and to serve, to live out our mission through hard work and honest toil, keeping our bodies healthy to enable us to serve better, using it to express love and compassion for the people we comfort or assure through a tender touch or hug.

Our physical churches, in turn, like the St. John Lateran Basilica, are truly sacred spaces.

It is the special place where God and humanity meet, in the same way we see in the Scripture how special graced moments when the divine meets the human take place on a mountain top: Moses on Mt. Sinai; Elijah on Mt. Carmel; Christ with Peter, James and John on Mt. Tabor; Christ with his Father in solitude and often on a mountain in times of prayer.

It is not just private sacred space that is essential, though solitude and quiet are also necessary.

Christ makes clear to Peter that they cannot stay on Mt. Tabor after the tremendously wonderful experience of the Transfiguration. They needed to come “down from the hill, down to the world … remembering still” the grace of that moment, and this enabled them to better love and serve the world.

When we cherish a sacred space, we emerge from it to better love and serve; and as we do, we become more faithful to our authentic and true self. We live with greater integrity.

Let this be an inspiration for us. We need to take a stand against the injustice and corruption around us and in us, in the same way and spirit Christ did in the cleansing of the temple in today’s Gospel.

We must stand and act against corruption and injustice because these have no room in sacred space.