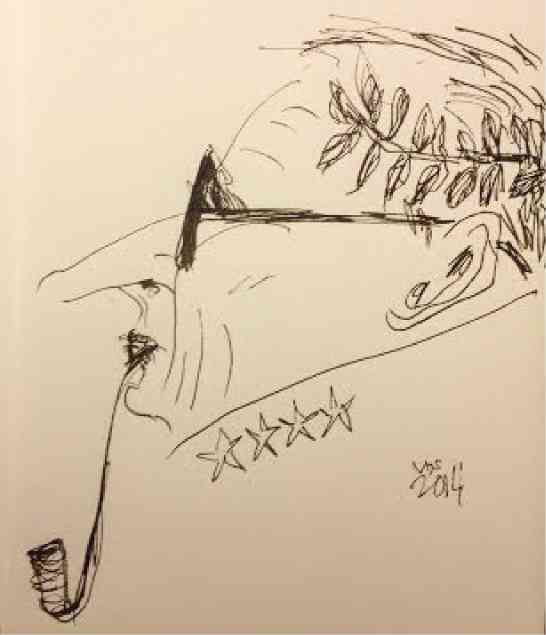 Nothing is surer than a major American transgression to betray the worst of our colonial habits. Two murders bookend a case history that runs for longer than two generations: The first, in 1946, killed our very freedom before it could be born; the second, only last month, was personal, and brutal, but similarly symbolic.

For the first, history thanks General Douglas “I shall return” MacArthur. As he had vowed when he fled us, for strategic reasons supposedly, he did return, but not as liberator; he returned not to free us from colonialism, but to ensure that we remain his nation’s subjects—or clients, in the benign-sounding but same banana.

He installed himself proconsul and forthwith, the knowing colonialist that he was, proceeded to rehabilitate the Filipino elite who collaborated with the Japanese occupiers and enlisted them for self and country; he, in fact, promoted them openly for election to the United States-sponsored First Philippine Republic. Starved for self-rule after centuries of subjugation (by the Spaniards for 350 years, by the Americans for the next 50), the Filipino voter snapped up MacArthur’s bait, hook, line and sinker.

In turn, the neocolonial leadership gave the Americans, posthaste, equal rights with us to our natural resources. That they had every capacity for exploitation, and we, neocolonials scarcely recovered from the war, didn’t, made the treason more obscene. It was actually only one, although the most self-humiliating, of the treasons in the Bell Trade Act.

Meanwhile, the American military bases, the most overt indication of colonialism, were made to feel ever more welcome in a renewed gesture that extended the concession through 99 years. If they were made to feel they had outstayed their welcome eventually, in midterm, it was something providential and convenient: A volcano exploded and laid waste the two major bases.

The spirit of nationalism does attack us now and then, to be sure; it seems we really like to believe we’re getting over our colonial mentality—until the next test.

In fact the test has come, with the Visiting Forces Agreement (VFA), which itself has been met with a protest of such size and quality—fairly widespread and cutting across sectors—that I’ve found myself thinking hopefully.

But then, the soft sell of putting up forces merely “visiting” may in the end have us fooled; visitors just happen to be an exact fit in our colonial concept of hospitality: My land is your land, my home is your home, my bed is your bed. The hospitality in fact stretches to lengths so perverse that, if the visitor murders one of our own, in our own land, in our own home, in our own bed, we’d be looking elsewhere, for excuses and distractions.

Which is the precise situation presented by the death of Jeffrey Laude at the hands allegedly of visiting US Marine Joseph Scott Pemberton.

As shameful as it is for any country to feel helpless in exercising police and judicial powers over a foreigner accused of committing a crime in its own territory, the record shows that, where the accused is a US soldier, that’s the general case. But for us, the particularly subservient colonials that we are, it’s a particular shame.

And I have not observed a colonial attitude more shameful than assumed by our own military in the Laude case.

Apparently, uncomfortable even with such a puny victory for our sovereignty as gaining the custody of the accused American, his Filipino custodians couldn’t seem to wait to return the favor. But perhaps not quite decided how to go about it, they looked ridiculous when they tried.

The opportunity began to present itself when the murder victim’s fiancé, Marc Susselbeck, and sister Marilou Laude climbed over the fence of the camp in which the accused was being detained. A rather large German, Susselbeck pushed back a Filipino soldier blocking his way. He quickly calmed down, however, and quit.

The soldier he had pushed received military honors for something I imagine largely lost on the honor-bestowers themselves, who appeared too concerned about colonial duty to be keen enough to the simple yet rare justice that their soldier had observed, accommodating the righteous—and, after all, harmless—rage possessing Susselbeck.

This cluelessness was promptly confirmed by a military complaint for disbarment against Harry Roque, lawyer for the murder victim’s family. I imagine the charge of “grave misconduct” brought against him cites his failure to make his clients keep their rage, however righteous, on the other side of the fence. A lawyer for cause and not one to confuse justice with law, Harry Roque, by his very stature, makes the charge against him look insensitive, not to say ridiculous.

Still, lest we get so wrapped up in it all as to miss the forest for the trees, our troubles go back to MacArthur—even beyond.