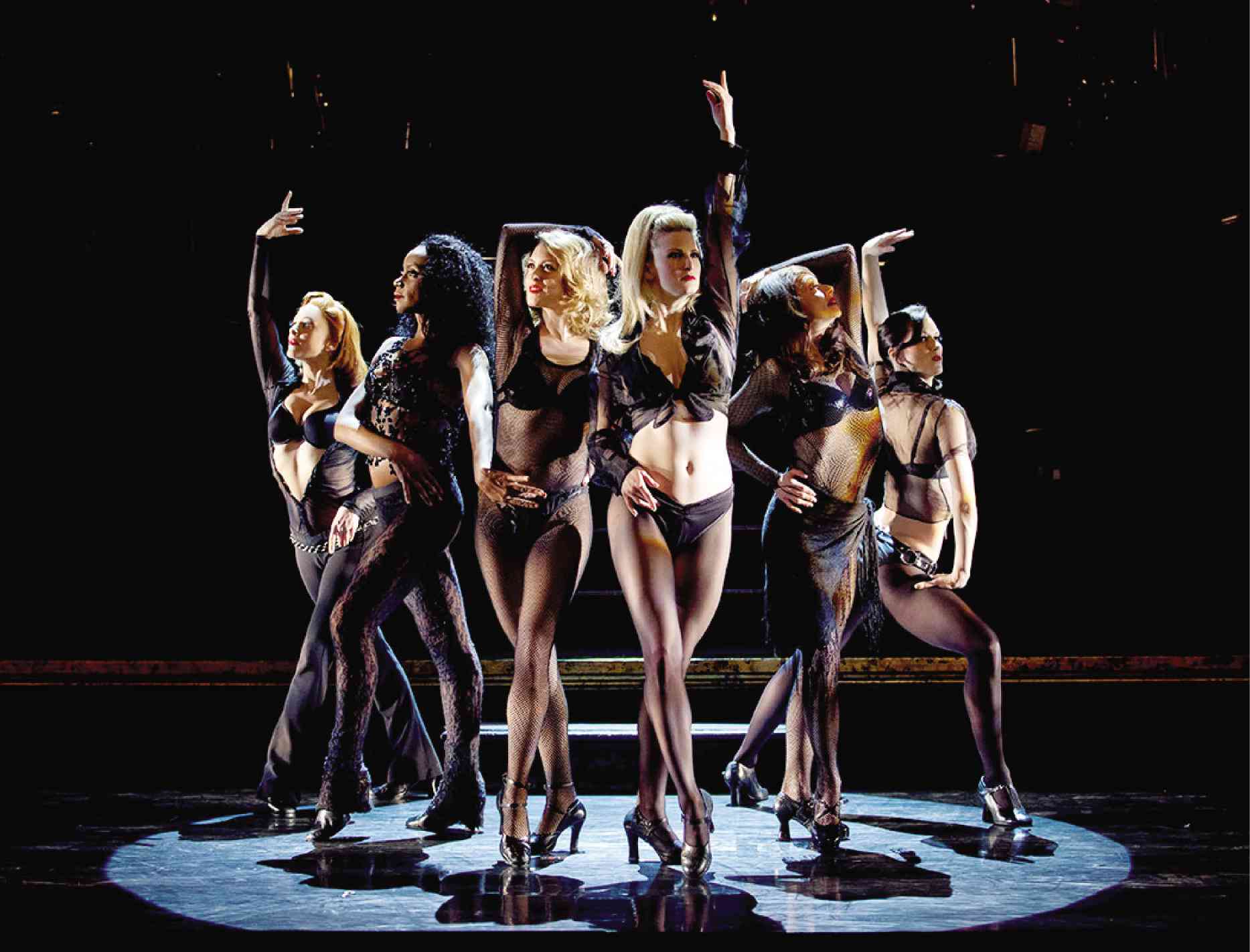 SEXY SATIRE. Chicago opens on Dec. 3 at The Theatre in Solaire.

Filipino musicians to razzle-dazzle in ‘Chicago’

Unlike a lot of other Broadway musicals, in “Chicago,” the band isn’t hidden in the orchestra pit, they’re right onstage with the actors.

And when the Tony Award-winning show comes to the Philippines in December, there will be 12 Filipino musicians (plus one deputy) sharing the stage with Broadway veterans at The Theatre at Solaire Resort & Casino, bringing to life the incredible music of songwriting team John Kander and Fred Ebb, and adding color to this timeless and timely tale of murder, corruption and fame.

Robert Billig, “Chicago’s” musical director, said: “We chose the musicians based mainly on their training and experience. While it’s important for a musician to have strong classical training, it is also important that they understand the jazz styles used in the show. It is very important for us to use local musicians… they will help us bring the experience of this wonderful show to the people of Manila.”

Filipino musicians have always played a role in the big blockbuster musicals that have come here. They were part of “Wicked” and “Phantom of the Opera.”

“We always try to use locals as much as we can, which is really important. There’s no point bringing orchestra from [abroad] when you’ve got such beautiful musicians in the Philippines,” said James Cundall, CEO of Lunchbox Theatrical Productions, the company responsible for bringing “Wicked,” “Phantom of the Opera,” “Cats,” “Mamma Mia,” and other shows to Manila. “Chicago” in Manila is produced by Lunchbox Theatrical Productions, David Atkins Enterprises and Concertus Manila.

We spoke with three of the Filipino musicians who will be part of “Chicago’s” band: trombone player Francois Mendoza, who is a member of ABS-CBN’s Philharmonic Orchestra; classical guitarist and teacher at the UP College of Music; Lester Demetillo who will be playing the mandolin, the banjo and the ukulele in the show; and Joseph Tolentino, 9 Works Theatrical’s musical director who is the show’s deputy pianist.

Mendoza was 9 when he started playing the trombone. His father, who was a trombone player, was his teacher.

Demetillo’s brother was a big fan of folk music and inspired him to start playing the guitar. “But along the way, I heard Bluegrass music and got infected by the sound, so I tried to research on it and it eventually led me to the banjo and I tried to learn the banjo.”

Tolentino, who was more interested in math and science as a kid, said: “I didn’t want to become a musician. But when I started playing the piano, it was like magic. It was life-changing. And then I told myself, I don’t want to do anything else but play music.”

Like the other musicians, the three had to go through an audition process, recording videos for the show’s producers. Mendoza played Tommy Dorsey’s “Trombonology,” while Lester, who had to play the mandolin, ukulele and the banjo, chose “Lachrimae Pavan” by John Dowland as one of his pieces. Tolentino had to play excerpts from “Chicago.”

He added that being part of “Wicked” and “Phantom” prepared him to “want ‘Chicago’ more.”

Tolentino had seen “Chicago” on Broadway when he was 10. Demetillo watched the movie and enjoyed it (“I love those two actresses. But that time I wasn’t really thinking so much about the music. It was more those two girls”), and, while he was familiar with some of the songs, Mendoza has never seen the show.

Out of the three instruments he will be playing in the show, Demetillo says he loves the mandolin the most. “I play classical mandolin. I do concertos with it and I just love the repertoire.”

He had actually stopped playing the banjo for years but had to pick it up again for “Chicago.” “They made me kulit because there was no banjo player around. I had to reorient myself again.”

Aside from the piano, Tolentino will also be playing the accordion. “I will be taught during the rehearsals.”

Demetillo said, “Ganun talaga. A lot of Filipino musicians are pressure players. We have one, two or three rehearsals, and that’s it.”