Why not a pair of eyeglasses for every look? | Inquirer Lifestyle ❮ ❯ 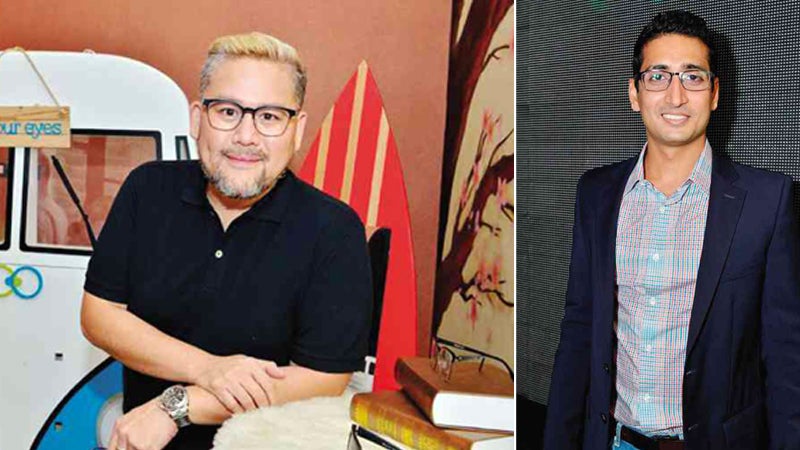 Why not a pair of eyeglasses for every look?

When Four Eyes cofounder and CEO Pavan Challa met Rajo Laurel, his first question to the fashion designer was, “How many pairs of eyeglasses do you own?”

At that moment, Laurel—who at age 7 already wanted to wear eyeglasses, more for fashion than function—realized he had only one. Challa then asked him how many pairs of shoes he has. “Of course, I didn’t answer,” Laurel said in jest.

While both are functional everyday items, one would usually have only a pair of prescription eyeglasses for years—even decades—until it breaks. On the other hand, shoes would easily accumulate in one’s closet in a few years’ time, regardless of their condition.

Challa said that price is a huge factor in determining this consumer behavior when it comes to eyeglasses. A quick search showed that a pair of eyeglasses is usually in the same price range as a branded, quality pair of sneakers.

“What we’re trying to promote is making eyeglasses affordable. We don’t want people to have one pair of eyeglasses all their life,” Challa said. “We want them to be able to change their glasses as often as they change their shoes.”

At Four Eyes, one can own a pair which comes with a hard, multicoated lens for P1,995. (Frames come in plastic, plastic rubberized and metallic; and for a minimal fee, you can upgrade your lens to photochromic.)

Owning an extra pair of eyeglasses isn’t just about being fashionable; in fact, it can save your day should the unexpected happen.

Recently, I had the misfortune of having an allergic reaction to the eyeglasses I have had for less than a year. I had a hard time working, as everything around me was a blur, save for those who were a few feet from me.

Thankfully I found my old frame, which was still good to use.

On any given day, should something like this happen to you, one easy solution would be to go to an optical shop and purchase a new pair. But what if it happens during a holiday at a beach, where there are no optical shops around?

This is when Four Eyes counts. Since the company’s operations are entirely online, Challa said one can purchase eyeglasses while on vacation and receive a new pair upon one’s return.

Fitting your eyeglasses isn’t a problem, as Four Eyes has a virtual try-on program which allows you to “wear” the eyeglasses and see which frames will look good on you. If you can’t decide on what to purchase, the shop has a home try-on program which allows you to choose three frames. It will send these frames to you free of charge, and you can try these on for up to five days.

After choosing your frame and filling out the prescription form, you will receive your eyeglasses within three to five working days.

Challa’s vision when he and business development executive Jiten Lalwani started Four Eyes two years ago, was “to provide vision to as many people.” When you purchase eyeglasses at Four Eyes, you don’t just own a pair, you also get to donate another pair to those in need of them.

To date, Four Eyes has donated, through its partner World Vision Philippines, close to a thousand pairs of eyeglasses to poor communities in Cavite, Tacloban and Zambales.

“This is the first time we have partnered with an eyewear company. It’s an innovative program since eyeglasses are something that the beneficiaries can use for a long time. It’s something that helps their well-being,” said World Vision Philippines resource development manager Julius Lunar.

He added that student beneficiaries are most grateful to this program because “they can now see clearly what their teachers are writing on the board.”

Consumers can be assured that every pair they purchase at Four Eyes has an equivalent pair that goes to charity since World Vision Philippines, Challa said, can check on the number of orders they have had.

In the next five years, Four Eyes will be expanding its operations to Singapore and other neighboring Southeast Asian countries. As it does, new designs will also be available.

In fact, next year, Laurel, who started wearing prescription glasses only in the last three years, will be releasing his collection for the eyewear company.

“My design philosophy has always been luxury and romance,” Laurel said. “I want the collection to be something covetable and directional, but at the same time designed for all.”