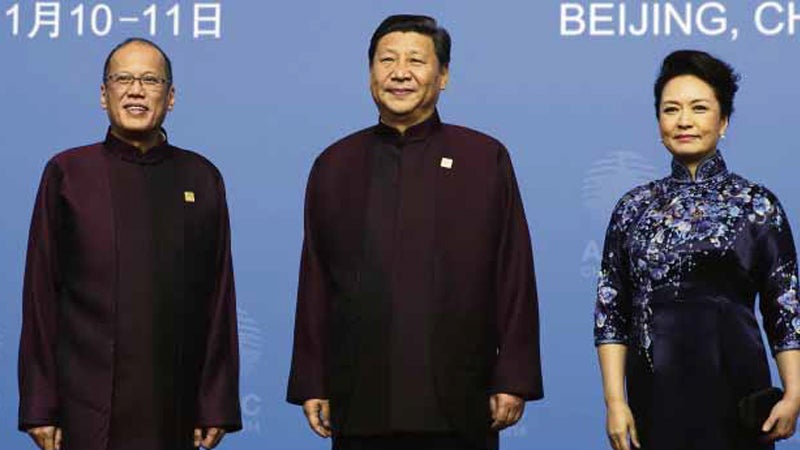 Malacañang on Tuesday distanced itself from talk on news sites and social media about the Chinese traditional suit donned by the President and his fellow world leaders at the Asia-Pacific Economic Cooperation (Apec) summit that made them look like the cast of the sci-fi movie blockbuster.

With a smile, deputy presidential spokesperson Abigail Valte said that it was always a “unique experience” for leaders to wear the national costumes of Apec’s host country.

As soon as the photo was posted late Monday night, the chatter on Twitter and Facebook compared the leaders to Star Trek characters in space suits. Suddenly, the Enterprise, Mr. Spock, and “Beam me up Scotty!” were all over social media commentaries about the opening event in Beijing.

Did he say anything about what he wore?

“Nothing specific on the garb,” Valte said.

Wearing the national costume of the Apec host country, or a stylized version of it, has become a tradition at the annual conference.

During the Apec summit in the Philippines in 1995, the world leaders, including US President Bill Clinton, wore the barong Tagalog.

Valte said the Philippines “wishes to emulate the (Apec) chairmanship of China” this year when it hosts next year’s Apec summit, with venues in Clark, Legaspi, Bagac, Boracay, Cebu, Bacolod, Iloilo, Tagaytay and Manila.