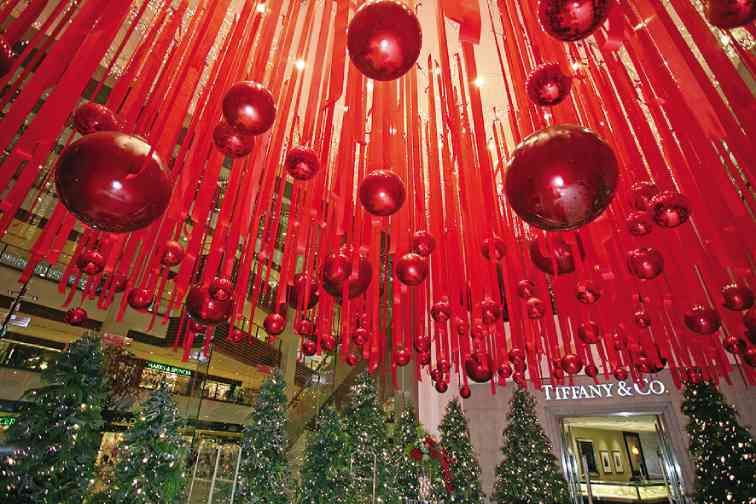 Anton T. Huang can be forgiven for being in a happy, if somewhat hurried, daze these days, which he was at the pre-Christmas media lunch he hosted at Rustan’s Shangri-La this week.

The dynamic 43-year-old retail executive’s mood was buoyed by the successful initial public offering of SSI Group Inc., of which he is president. It is said to be the biggest IPO this year.

SSI or Stores Specialists Inc. was the company launched by his family in 1987 to bring in global luxury brands into the country. By the time SSI began trading last week, there were already over 100 brands in its portfolio, including the likes of Gucci, Prada, Zara, Lacoste, TWG and Pottery Barn.

At least three more brands are opening stores before yearend.

But at this media lunch, Huang was wearing another hat—as executive vice president of the Rustan Commercial Corp., the company that runs Rustan’s Department Store, which his Tantoco grandparents founded in 1952.

Huang’s presence at the affair was so telling of his family’s commitment to giving a memorable Christmas shopping experience to Filipinos each year.

He stayed throughout the Rustan’s lunch, and happily partook of the Christmas banquet—consisting of lechon, turkey, ham, eggnog, the works.

In a casual chat at his table, he confessed that he has had no time to work out because of his duties (meaning, the IPO). He had also spent dozens of days away from his family, traveling overseas as demanded by work.

When told of a news item about the SSI Group that came out in a news channel that morning, he feigned puzzlement. He said in jest that now, he has to be extra careful about what he says, and how he phrases his words, owing to his position in a publicly listed company.

Happy problems, nonetheless, considering the results of all his hard work.

The sit-down banquet was set up right outside the Tiffany & Co. and Bulgari shops, underneath a merry stream of red satin ribbons and giant Christmas balls, and trees of varied sizes all around—a stark contrast to last year’s white Christmas theme.

Throughout the store there were bright pink acrylic beribboned ersatz gift boxes, lit underneath, and a real live Santa on his red couch in the children’s section. This early, the multilevel department store is already spruced up floor to ceiling in tinsel and lights.

Every year, urban shoppers look forward to Rustan’s Makati’s festive display windows during the holidays. This year, the company is also highlighting the Shangri-La Plaza outpost as it had just completed its renovations, according to Dina Tantoco, the marketing manager. This year’s theme is Rustan’s Christmas of Wonders.

To get guests into the holiday mood, Rustan’s invited for the event Coro Manila, alumni of the Ramon Magsaysay High School Chorale, an award-winning choir, to sing popular Christmas carols.

At the children’s section, the Hand Bell Ringers of the Sisters of Mary Girls’ Town also performed nostalgic holiday tunes.

On the women’s floor, amid a glorious display of long dresses by Tadashi Shoji, Josie Natori, Halston, among others, dancers of Ballet Philippines performed excerpts from the Christmas favorite, “The Nutcracker.”

Like every year, Rustan’s has several promos for the holiday season. Its beauty section just launched The Beauty Addict Card, which entitles cardholders to a raffle of prizes that include stays at the Peninsula New York and Peninsula Manila, as well as business-class tickets to Hong Kong via Cathay Pacific. Throughout each section, suggested gift items are laid out for stress-free shopping.

It has also been a tradition for Rustan’s customers to partake of the pick-a-surprise-gift offering that could win them a gift card or an actual gift—from tiers of P15,000, P50,000 and P100,000.

Shoppers can also write own their wish lists in the store’s luxury gift registry, to make it easier for both giver and receiver.

The store is giving shoppers a chance to give back, as it partners with World Wildlife Fund’s (WWF) Care for Rare campaign. Rustan’s is donating stuffed toys of endangered species to WWF’s partner schools, and shoppers get to fill out Christmas cards to address these to child-recipients.