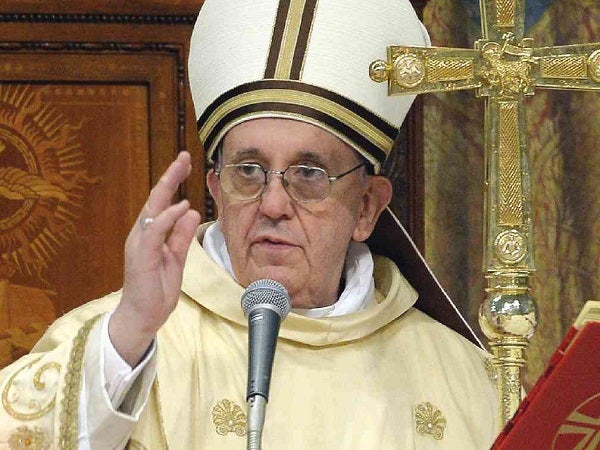 In Leyte, Pope’s lunch may include local delicacies

PALO, Leyte—Pope Francis may just have a taste of the local delicacies during his lunch with the survivors of Supertyphoon “Yolanda” at the archbishop’s residence here.

“We have not discussed what food the Holy Father will eat because it will be decided by the Vatican. But we are thinking of offering some local food and delicacies during the lunch,” Fr. Rex Ramirez, executive secretary of the local committee on the papal visit, said in a press conference held at the Chancery of the Palo Archdiocese in Palo town on Friday.

The press conference coincided with the formal announcement of the itinerary of Pope Francis during his visit to the country from January 15 to 19, 2015.

Ramirez said he could not say how many survivors would join Pope Francis, the first Pope to visit Eastern Visayas.

Father Chris Arthur Militante, Palo archdiocese information and social communications officer, earlier said they conducted a “search” for Yolanda survivors who would have this once-in-a-lifetime experience of joining the Pope for a meal at the archbishop’s residence.

“When the Vatican announced that the Holy Father will be visiting the Philippines, particularly the Archdiocese of Palo, [and to see personally the survivors of Yolanda], we right away made our search for individuals who will join him for lunch,” Militante said.

So far, more than 50 individuals had been considered and secretly interviewed by a committee formed by Palo Archbishop John Du, Militante said.

Fr. Al Chris Badana, committee head on the relief and rehabilitation of the archdiocese, said some guidelines were followed in selecting the lucky ones. He, however, did not divulge the guidelines.

“But there is now a long list of names being considered,” Militante said, adding that he has received more than five names of those who want to eat with the Pope.

The Catholic Bishops’ Conference of the Philippines released on Friday the Pope’s official itinerary during his first visit to the country.

Pope Francis is scheduled to arrive at Daniel Z. Romualdez Airport in Tacloban City at 9:30 a.m. of Jan. 17. He will be welcomed by local officials, led by Tacloban City Mayor Alfred Romualdez.

He will then board a Popemobile to bring him to the newly paved airport tarmac, where he will hold a Mass at 10 a.m. to be attended by at least 200,000 devotees.

Umbrellas, bottled water and sharp objects will not be allowed inside and within the premises of the Mass area, as umbrellas could block the view of others attending the Mass.

The papal stage will be about 12.2 by 6.1 meters, made of wood and with scaffoldings. The stage will have a roof made of tarpaulin topped by a giant cross.

Pope to say Mass in Latin, speak to Filipinos in English