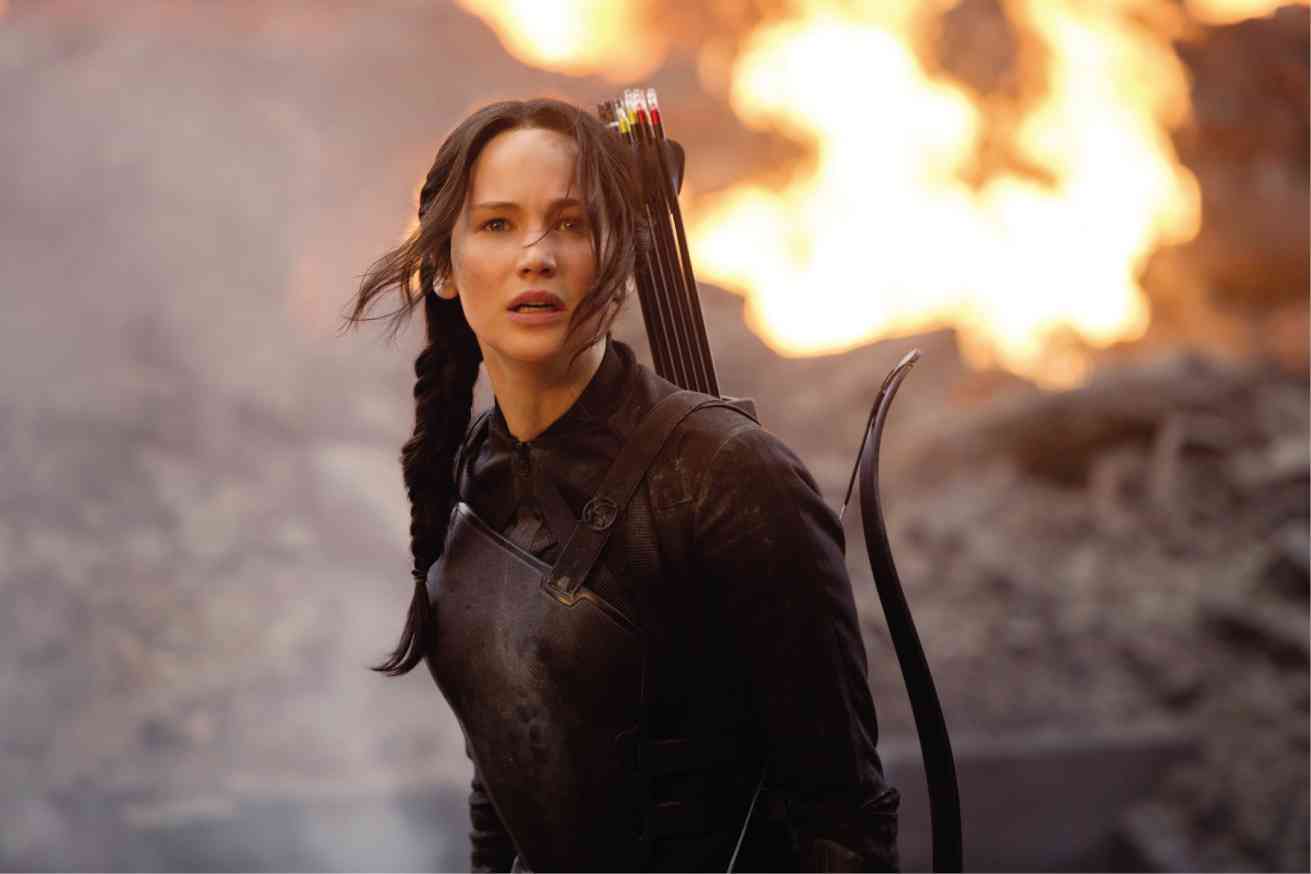 SCENE from “Mockingjay,” movie based on Suzanne Collins novel

In the third instalment of the film series adapted from the best-selling novel series “The Hunger Games,” heroine Katniss Everdeen (Jennifer Lawrence) might have obliterated the games for good, but the fight to survive would be bound only to intensify.

Taking up where that movie left off, “The Hunger Games: Mockingjay-Part 1” sees Katniss in District 13 after she shatters the games forever. Under the leadership of President Coin (Julianne Moore) and the advice of her trusted friends, Katniss fights to save Peeta (Josh Hutcherson) and a nation moved by her courage.

The film is based on the novel of the same name written by Suzanne Collins that has sold over 65 million copies in print in the United States alone.

Set in the dystopian country called Panem, “The Hunger Games” universe consists of the wealthy Capitol and 12 impoverished districts. Every year, children are chosen to participate in a compulsory annual televised death match called The Hunger Games.

Directed by Francis Lawrence, with screenplay by Peter Craig and Danny Strong, “The Hunger Games: Mockingjay-Part 1” dives further into the fabric of Panem and into the story’s most powerful emotions, as Katniss and the nation enter a harrowing but transformative time.

For director Lawrence, one of the highlights of the “Hunger Games” series has been watching actress Lawrence take Katniss through a vast range of experiences.

“Emotionally, Katniss is like a foreigner in a strange land as this story begins,” said the director. “This is the time when she realizes she can’t stand by and do nothing. There has been too much deception and the people Katniss loves are in danger. She will do whatever it takes to keep them safe.”

In the latest film franchise, Katniss must put into motion courage, strength and empowerment against the all-powerful Capitol. This is the moment when she realizes she has no choice but to open her wings and fully embody the Mockingjay symbol. If only to save Peeta, she must become a leader.

One of the most intriguing tasks faced by Lawrence and production designer Phil Messina was bringing District 13 to life.

“Our inspiration for the design came from 1960s and 1970s nuclear facilities,” Messina said. “The idea is that District 13 has developed as a kind of closed-loop society. They have been completely cut off from the Capitol, so they’ve been adding on new technology on top of old technology. You will see analog pushbuttons next to high tech—and that mix was very intentional on our part.”