Hotel by the bay gets a $5-million facelift–without losing that Locsin touch | Lifestyle.INQ ❮ ❯ 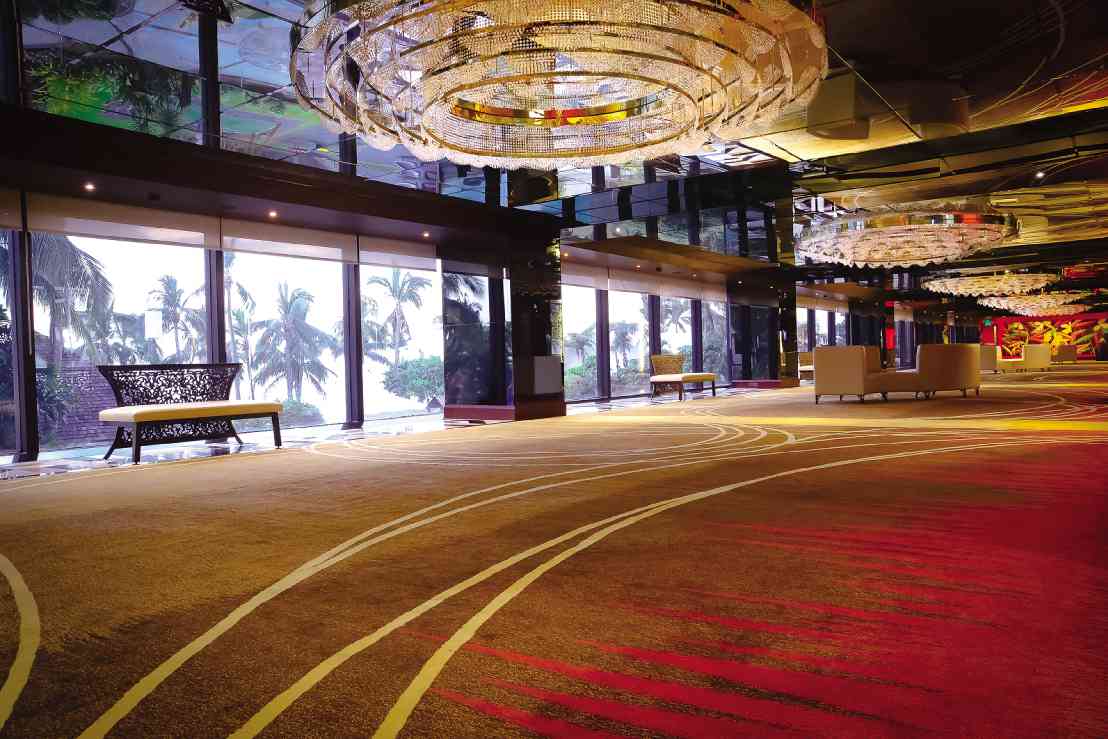 Sofitel Philippine Plaza recently unveiled its newly refurbished Grand Plaza Ballroom, the last in a series of major projects to “elevate” its facilities and make them on par with the Sofitel chain’s “level of luxury” the world over.

The renovation, which included nine meeting rooms and a new winding staircase, set the hotel back by $5 million. The Grand Plaza Ballroom, which can be divided into three smaller ballrooms dubbed as Luzon, Visayas and Mindanao, also had to close its doors to the public for 52 days.

But it was time and money well spent; people involved in the refurbishing updated one of Sofitel Philippine Plaza’s prized gems while retaining its iconic features—including the Leandro Locsin-designed structure and its famous Murano crystal chandeliers that date back to its opening in 1976.

“In the last few years we have launched our famous dining destination, Spiral, the lavish Imperial Residence, as well as several recreational facilities, including Le Spa and So Fit,” said Sofitel Philippine Plaza GM Adam Laker.

The British-born GM led hotel staff in welcoming close to 500 guests at a Parisian-themed party complete with 12 buffet stations and a main dessert station featuring a mini-Eiffel Tower made of 300 croquembouche pastry balls and 300 macarons.

Apart from such quintessential French fare as foie gras, French wines and cheeses from various parts of France were served. Champagne from Moet et Chandon flowed all evening until the last guest left.

“The party’s French theme was in keeping with Sofitel’s 50th anniversary,” said Yasmine Hidalgo, Sofitel Philippine Plaza director of public relations. “We capped off the party with a fashion show featuring a 22-piece collection by Albert Andrada inspired by Greek mythology and dubbed ‘Women of Midas.’”

Andrada used such materials as tulle, chiffon, neoprene and lace in black, white and gold. He embellished majority of his dresses with Swarovski crystals, faux pearls and various beads. In lieu of gold jewelry, the designer made his models wear huge golden South Sea pearl earrings by Jewelmer.

The Grand Plaza Ballroom can accommodate 1,000 people for a sit-down dinner or buffet, and 1,400 people for cocktails. Its new design elements complement the venue’s legendary elegance, said Hidalgo.

“It has been the scene of countless memorable events since 1976,” she added. “Through the years, the ballroom has been renovated twice as the hotel changed management.”

Changes are evident even along the entrance to the ballrooms, now accentuated by an architrave of 30 pillars and murals depicting the country’s main regions: Luzon, Visayas and Mindanao.

These elements complement a large painting featuring tropical flowers by the entrance. The foyer is also an eclectic mix of such elements as chandeliers with gold trimmings and octagon-shaped Egyptian crystals, and S-shaped sofas and padded sitting areas that provide views of Manila Bay and the Grand Plaza Ballroom.

The venue’s floor-to-ceiling doors and textured walls were updated using a mix of imported and locally-sourced materials to reflect its French theme.

The doors, for instance, are fashioned from tropical hardwood in walnut finish. In contrast, doorframes are rendered in Italian “emperador” brown, which lends them a rich, luxurious finish. Stainless steel door handles take inspiration from classic 19th century French scrolls.

“A natural mix of elements such as marble, granite, wood, glass and mirrors make up the ballroom’s interiors,” said Hidalgo. “Each of these tones, consisting of reds, browns, oranges, gold and cream, is found in the carpet’s timeless patterns.”

To realize its vision, the hotel collaborated with architecture and design firm A. Ilustre and Associates. The firm, in turn, consulted architect Raul R. Locsin of Leandro V. Locsin & Partners—the company behind the hotel’s initial design and construction in 1976.

To prepare for the influx of tourists and businessmen coming to Manila for the International Monetary Fund conference that year, then First Lady Imelda Marcos earlier tapped Leandro Locsin to design the five-star hotel then known simply as the Philippine Plaza.

Locsin, who was declared National Artist for Architecture in 1990 by then President Corazon Aquino, had also designed other iconic structures within the reclaimed land along Manila Bay such as the Cultural Center of the Philippines, Folks Arts Theater and Philippine International Convention Center.

“The Murano crystal chandeliers, one of the Grand Plaza Ballroom’s defining elements, have been retained,” said Hidalgo. “Shaped like teardrops and set against a modern backdrop, these 876 crystal chandeliers were all designed, manufactured and flown in from Italy. To enhance their luster, the bulbs were all replaced with modern and more energy-efficient LED lights, which didn’t exist before.”