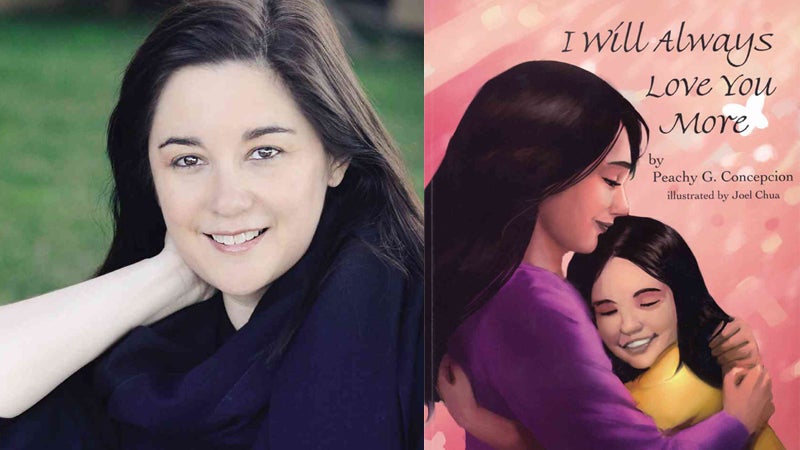 Book charts changing relationship between parents and their children

Peachy Concepcion smiled when she uttered the word “bittersweet” to describe the universal experience parents undergo when they let their children spread their wings.

“You’re happy to see your kids do new things in their lives. You want them to discover new things and be successful, but as a parent… you know you’re not part of that, you’re just on the sidelines,” the mother of three said.

Peachy first documented this situation eight years ago, with her then teenage son as the main character, in her children’s book, “Hold On Tight,” written in verse.

The self-published tome was released by Tahanan Books, its proceeds given to Gawad Kalinga, the community development foundation engaged in projects that uplift the plight of disadvantaged sectors.

The plot uses a composite of her two younger daughters as subject.

While the theme of letting go runs heavy in both works, Peachy’s tender way of remembering makes the books a cathartic but soothing read.

The second book witnesses a young girl outgrowing her love of toys and princess costumes as she enters young adulthood.

The parent watching the precious one’s life unfold makes a promise: “You know I’ll always be here for you/As you dream your dreams and soar/Wherever life takes you, I’ll forever be with you/and I will always love you more.”

The writer said her second book is really “more for the parents.” What she wants is for parents and children to read the book together.

“I have lots of friends whose kids have gone off to college… but even if the kids are not leaving, you see the inevitability that one day, my son will have a girlfriend, my daughter will have a boyfriend. I’ll watch from the sidelines but it’s their life to enjoy,” the writer added.

It helped that Peachy is a photography enthusiast and has diligently recorded both milestones and the daily routine of her children. 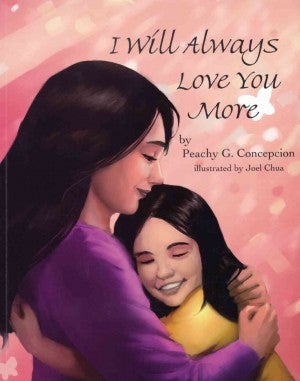 “I’m forever taking pictures and making scrapbooks… I actually have scrapbooks for each of my children,” she said.

Peachy also writes a letter every year to each child as part of her documentation.

“I think it’s important for them to remember everything. And I love seeing them go through scrapbooks, seeing things they don’t remember and seeing them laughing about things they used to do,” she said.

As the two books show, she believes “the most important thing is to leave the gift of happy memories.”

“I want to mirror our lives as much as possible so I would give Joey photographs to give an idea how we’d look at a certain age,” Peachy said.

One page would feature one daughter, another page the other. Even the events that happened in the lives of both girls were put together and blended in verse.

Was it hard to write her experience in verse?

“I’ve always been a writer since I was young,” Peachy said. “I started with poetry, then shifted to creative writing. Somehow, when I think of writing for my kids, it seemed easier to write in verse,” she added.

As with her first book, Peachy said all proceeds from the second will go to projects of Gawad Kalinga (GK).

“My husband, John Concepcion (chief operating officer and managing director of Unilever RFM Ice Cream Inc.) has been involved with GK for many years. It started years ago with the first Selecta GK Village,” Peachy recalled.

The subjects of Peachy’s books are themselves not strangers to charity work in GK. “We would bring them to Christmas parties at the Selecta GK Village. During outreach programs, when there’s a flood or typhoon, or when there is repacking and distribution, the kids would all go with us,” she said.

Like all parents, Peachy dreams of success and happiness for her three children.

“I hope they become successful in their chosen field and be well-rounded persons. Also, that they have good relationships with God, their families and their friends,” she added.

So, will there be a third book, about grandparenting, perhaps?

“Why not? There’s always something to write about life,” she replied.