Going into the ‘heart’ of Baguio | Inquirer Lifestyle ❮ ❯ 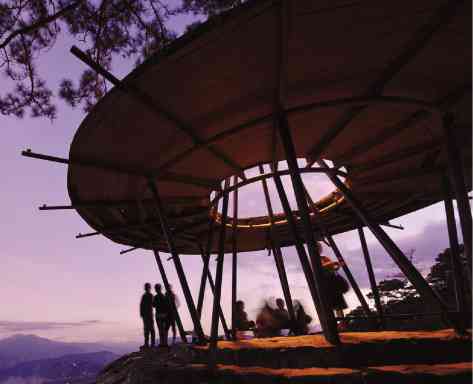 Going into the ‘heart’ of Baguio

BAGUIO CITY, Philippines—Baguio City’s tourist season has officially started this month with the annual mining convention and a golf tournament ushering in at least 15,000 visitors.

Decades ago, visitors who wanted to tour the city would rent any of the passenger jeepneys for an hour or two to take them to the usual tourist spots. But traffic and city ordinances had rendered this impractical.

Specialty tours have been started to break the ennui. John Hay Management Corp. has its Bell Tour, concentrated on the last American vestiges of Camp John Hay. Tongtongan ti Iit (The Society of Broomsticks, a group of journalists) has been giving an interactive tour at the Busol Watershed to schoolchildren and Lakbay Aral tourists since the 1990s.

Another group of reporters has also revived the Baguio Urban Heritage Walk, which tours schoolchildren to the city’s old buildings like Casa Vallejo and the Baguio Stone Market.

Another specialty tour, which goes to the “heart” of the summer capital is the Baguio GeoTour, part of GeoTours Philippines, a flagship project of the University of the Philippines Geology Alumni Association (UPGAA).

“Before it became a city, Baguio was a mining town,” said Irish Irorita, a geologist of Philex Mines and one of the tour guides. True enough, because one of the first books on the city was a geological atlas to guide would-be mining prospectors.

First stop of the Baguio GeoTour is the Mines View Park, which is now being disparaged by locals as a “no view, no mines, no park, just shopping” area. Armed with a geologic map and a compass, Irorita shows a tour group the old mines that can be seen from the view.

From left of the eastern horizon is the Baguio Gold Antamok, Keystone, Chico, Atok Kelly, Itogon, Danglay, Acupan, Nugget Hill and Padcal Mines. In its heyday, the park’s viewpoint was a must-see for visitors. From that area, they could shout, “There’s gold in dem hills!” Now this area has been overtaken by subdivisions.

Second part of the tour is the visit to Balatoc Mines, one of the oldest mines in the country. Established in 1903, the Balatoc Mines of Benguet Corp. went into tourism in 1997 when the price of gold plummeted and mining operations stopped. “The Lure of the Mines” has been included in the list of the bakasyonista.

Now Balatoc has gone into subcontracts with some small-scale miners but the tour is ongoing. Operators have included a museum in one of the office buildings there. One can go into the Vegas Mine Tunnel, opened in 1973, and see how actual mining is done, including drilling and dynamite blasting.

The GeoTour has included the community of Little Kibungan as part of its tour this year. That area in nearby La Trinidad town in Benguet province was the site of a tragedy when Typhoon “Pepeng” struck in 2009 and wiped out houses there. Seventy-seven people perished in a massive landslide. This part of the tour shows that the rock faults that made gold mining possible also made the occurrence of landslides very likely.

After Little Kibungan is the Lourdes Grotto. Irorita said the hill where the grotto stands has limestone outcrops. “This meant that Baguio was once under water,” she said.

Last year when the Baguio GeoTour was launched, the alternative was the Asin Hot Springs, which showed that there was either recent volcanic activity in the area or a volcano sits hundreds of miles from there.

Because Baguio is littered with tourist attractions, the GeoTour has paired an alternative spot for every geological curiosity.

For Asin, there is BenCab Museum, and for Little Kibungan, there is nearby Tam-awan Village. For Balatoc Mines, there is Crosby Park, which is the site of the mine’s reforestation area.

Price for the Baguio GeoTour is P1,500 a person. Tours may be arranged through the UPGAA and the Philippine Mine Safety and Environment Association.

In new plan, Baguio airport likely to take off again

New route to speed up travel to north