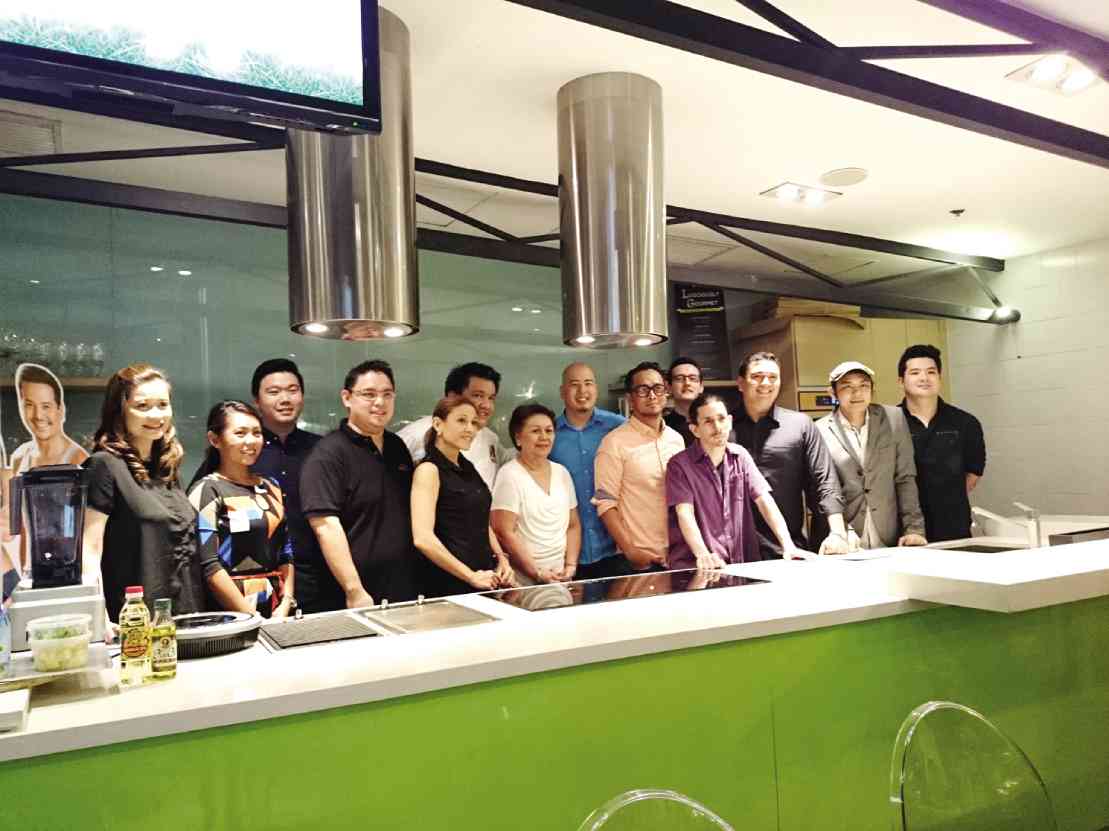 Celebrity chefs battle it out in food truck war

The competition is called “Celebrity Chef Food Truck Cook-Off,” and it happens at the Mall of Asia open grounds Friday, Nov. 21.

The event focuses on the theme “from farm to fork,” and we can expect fresh, modern dishes from the color-coded teams, composed of two chefs each.

The color assignments encourage chefs to use ingredients based on their team color. The Red Team may use tomatoes and apples, for instance, while the Yellow Team can use cheese and citrus fruits.

“Celebrity Chef Food Truck Cook-Off” is the highlight of Manila Food and Wine Festival (MFWF): A Philippine International Food Fest. The event, now on its second year, is organized by Culinary Education Foundation (CEF), the social arm of The Cravings Group, in partnership with Department of Tourism.

Aside from the cook-off, the festival also features discount-card deals with partner restaurants and a charity gala dinner at Solaire Resort and Casino.

To join the cook-off, one may buy a ticket at P350 online at SM Tickets (www.smtickets.com) or at the venue. One ticket is equal to one meal; diners can buy additional meals at P250. Gates open at 3 p.m.

“These are sandwiches and rice dishes, or combos of protein, carb and veggies. Some chefs will be offering drinks as well.”

Over a thousand foodies joined the festival last year. The venue is an open area with tables and chairs, a covered stage for games and performances, and tents, in case of a drizzle.

FlyAce Corp. will be holding wine samplings during the festival, which can go on till 10 p.m.

From farm to fork

Del Rosario was one of the contestants in last year’s competition, and he said it was crazy.

“The cook-off can be nightmarish and very competitive, but it’s also about camaraderie and a good cause. At the end, it all boils down to good food,” he said. “As a judge, I’m looking for something innovative and relevant that showcases Philippine cuisine.”

The theme “from farm to fork” is something close to home for Del Rosario. He has been into organic cooking since the 1990s to cook for his dad who had cancer.

“I blamed it on food he ate in the United States. I went there, and started cooking with organic ingredients, which were challenging to find and expensive,” he said.

His dad Jesus del Rosario, now 85, has since gotten better. The son credits his dad’s recovery to healthy eating: “He jogs. He travels a lot. He goes to the Philippines every six months. He’s also a chef, and he’s someone I look up to.”

For the MFWF Charity Gala Night at Solaire Resort and Casino, Del Rosario will be serving his recipes at a four-course dinner with Solaire culinary director chef Wolfgang Fischer.

The menu is modern Filipino. One appetizer is a trio of fish: lapu-lapu mayonesa, tinapa mousse, blue marlin kinilaw in beet root. A hot appetizer is ravioli of oxtail kare-kare with pako salad. Soup is papaya with lemongrass and ulang, a freshwater prawn sourced from Bulacan and Pampanga.

For mains, he will be serving Pateros duck adobo with sweet kamote. Dessert is tablea chocolate mousse from Davao, and Malagos cheese ice cream.