For Coco Rocha, a model has to have an opinion, too | Inquirer Lifestyle 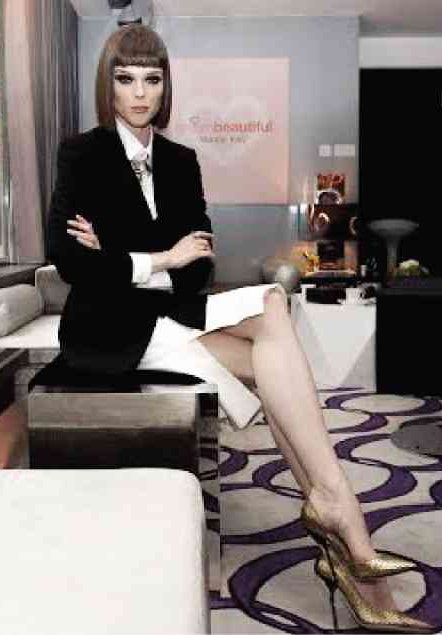 For Coco Rocha, a model has to have an opinion, too

Mary Kay, the global direct-selling beauty company, isn’t a brand one would typically associate with celebrities and supermodels. But for its Dream Beautiful 2014 contest, it made an exception by tapping high-fashion supermodel Coco Rocha to be its guest celebrity judge at the recent finals in Hong Kong.

It was a partnership that made a lot of sense. Dream Beautiful is all about women empowerment, and Rocha is among the loudest voices in the fashion industry when it comes to speaking up about issues that affect the welfare of models.

Rocha has openly campaigned on awareness about eating disorders in the modeling industry, as well as her disapproval of overly manipulated (read: Photoshopped) images of models. She famously doesn’t pose for nude or semi-nude photos, nor does she ever do any shoots that involve cigarettes—all beliefs that have cost her jobs at one point or another.

“I stand up for a lot of things that our industry can improve on,” Rocha said in an interview with the Philippine and Malaysian press. “Mary Kay is very smart because it brings beauty and business to women and empowers them. I think we align very well in our goals and aspirations.”

Like the Dream Beautiful model-wannabe finalists, Rocha was plucked from anonymity in her native Toronto, Canada, while watching a dance competition. The gawky teen was a trained dancer.

Rocha wasn’t an overnight success; she paid her dues doing catalog work in Taipei and Singapore early in her career, learning a quirky posing style that would become her signature once she moved to New York. She would be known as the “queen of posing.” (She recently released a book called “Study of Pose: 1,000 Poses by Coco Rocha,” with photographer Steven Sebring.)

“It’s a fun job, but keep in mind that it’s a job,” she said of modeling. “It’s nice to be important but it’s important to be nice. You might think people ought to treat you a certain way, so you think you ought to have a certain personality, that you have to be a diva, but that’s not the case.

“You’re part of a team … I make sure that no one is uncomfortable when I come in for work … Nowadays you can be replaced so easily. There are so many beautiful girls. What makes you better is your personality.”

At age 26, Rocha has been in the industry for 10 years, essentially a veteran who believes her role has evolved into something like a big sister to newcomers, pushing for changes so that

“models can be comfortable at a photo shoot.”

“I’m known for one purpose: just to pose for photos,” said the model, who’s pregnant with her first child. “Now companies want models to have something to say, to have a voice. I teach that to new girls. You can take photos day in and day out and not feel like you have a purpose. It’s a great privilege to work with great people in the industry, but what’s your purpose?”

Rocha mentioned Cindy Crawford and Iman among her role models: Crawford for being “very smart in branding,” because she refused to do cigarette ads, as she was known as the “workout model.” Rocha believes it was also Crawford who paved the way for models to do TV, after hosting “House of Style” at a time when it was unthinkable for models to do TV hosting jobs.

Iman, Rocha said, made it possible for cosmetics companies to take notice of women of color and create makeup specific for their skin tone.

These days, it’s vital for a model to be relatable, Rocha said. “I’m an open book to a lot of people … I wasn’t the cool kid, I was a nerdy kid. Boys didn’t like me, girls made fun of me. And coming into this industry, I still feel like a shy girl, so I think people can relate to me.

She noted: “The ‘It’ quality is not thinking that you’re too important. You have to have confidence to stand up for yourself. A lot of models come in very young, so they have no confidence to say, ‘I don’t wanna do that.’