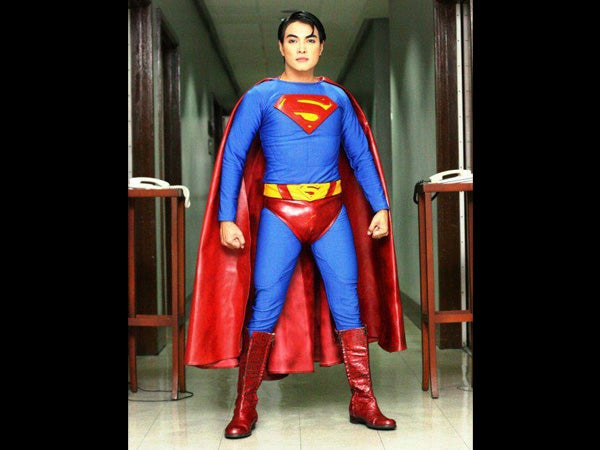 Herbert Chavez, 35, has had plastic surgery repeatedly over the past 16 years to get Superman's famous cleft chin and defined nose, according to ABS-CBN television. PHOTO taken from Herbert Chavez Facebook page

MANILA, Philippines—A man obsessed with Superman has gone under the knife in a bizarre attempt to transform himself into his comic book hero, a report said Monday.

Herbert Chavez, 35, has had plastic surgery repeatedly over the past 16 years to get Superman’s famous cleft chin and defined nose, according to ABS-CBN television.

He also had silicone injections for fuller lips, and thigh implants to achieve a more muscular look, the report said.

AFP was unable to contact Chavez on Monday but a Facebook page under his name showed dozens of photos of what appeared to be him and posts explaining why he resorted to plastic in an effort to become a Man of Steel.

Chavez wrote that while he did not have special Superman-like powers, he hoped to inspire people by showing them that they could achieve what they wanted in life through hard work.

A picture of Chavez apparently before his transformation showed a dark-skinned youth with typical features, a stark contrast from his now pale complexion and slicked back Superman hair.

He did not disclose his day job, but while Superman’s alter ego Clark Kent was a clumsy newspaper reporter, ABS-CBN said Chavez worked as a beauty pageant trainer.

On his Facebook page, he described himself as an avid fan of cosplay — a sub-culture where enthusiasts and hobbyists dress up in costumes to portray their idols in big gatherings and conventions.

Chavez said he also did charity work and some television appearances, and Facebook posts showed him mingling with friends dressed as Justice League characters.

Chavez’s story provoked a range of criticism on his Facebook page, with at least one person telling him pointedly that he looked like a mannequin.

Others said he did not at all resemble Christopher Reeve, the American actor who played Superman in the 1980s or Brandon Routh, who took over the role in 2006.