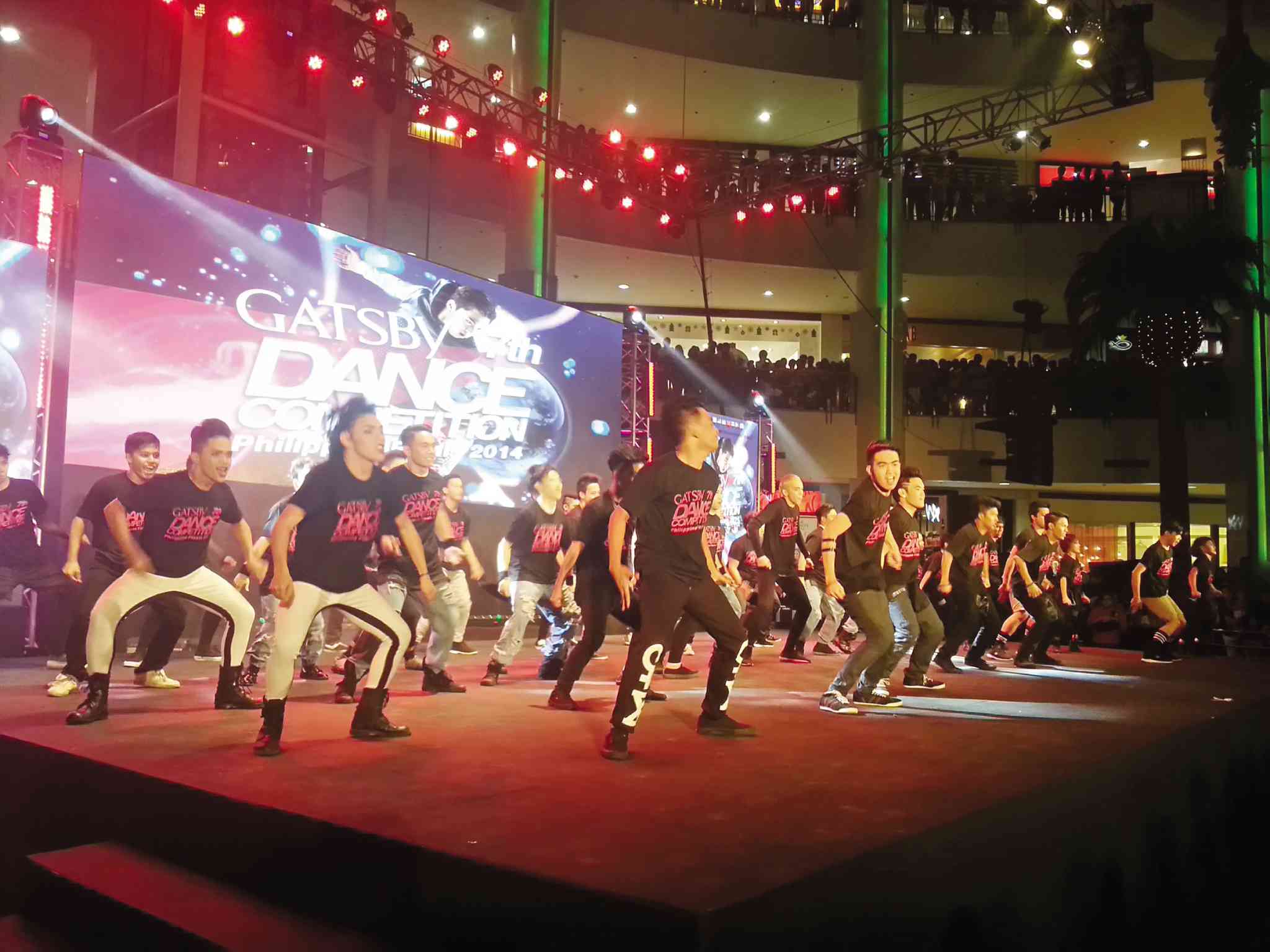 COMPETING teams in a production number at the 7th Gatsby dance finals at the Market!Market! Activity Center in Taguig

Mandom Philippines, exclusive distributor of Gatsby products in the country, sponsored the event, which aims to serve as a creative outlet for young performers.

Last year’s winners were from Cotabato: Eddie A. Melody Jr. and Reymark P. Alminaza of the group Xtreme Dancers.

The duo also won in the competition’s grand finals held in Tokyo. Aside from enjoying an all-expense-paid trip to Japan, they were also given exciting prizes which included cash, Gatsby products and the opportunity to train with a professional dance group of their choice in Asia.

But unlike in other participating Asian countries, the Philippine finals has two categories:

The Open College Division (Small Crew) follows the same format being used in other countries. This category is open to all college students with a minimum of one participant and a maximum of three members.

The winner/s of this category will have the honor of being the Philippine champion and will be the country’s representative to the Asian finals in Tokyo on March 7, 2015.

The College Crew Division (Big Crew) is made to adapt to the standard culture of dance competitions in the Philippines. This is open to college students belonging to one school only, with a minimum of four members to a maximum of 16 members. The winning crew will take home the College Crew Division Championship title as well as a cash prize.