And so it’s back! ‘Priscilla’ gets 2nd run at Resorts World Manila | Inquirer Lifestyle 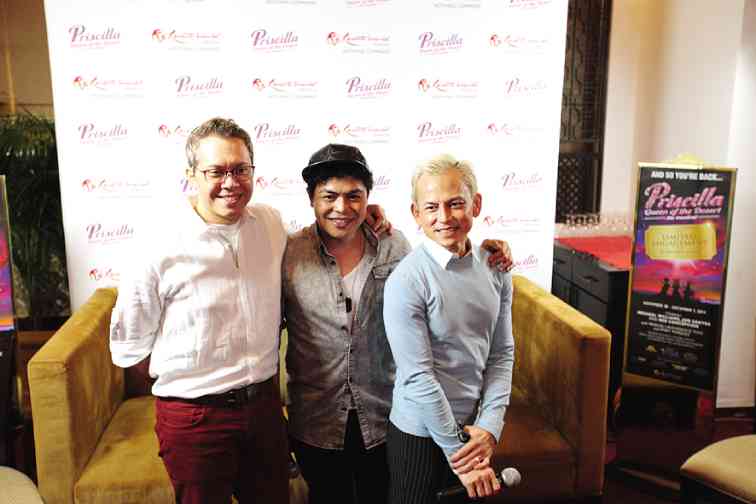 And so it’s back! ‘Priscilla’ gets 2nd run at Resorts World Manila

Resorts World Manila brings back the critically-acclaimed musical “Priscilla, Queen of the Desert” from Nov. 28 to Dec. 7 for a second run at the Newport Performing Arts Theater.

“Priscilla” retells the heartwarming story of two drag queens and a transsexual who hop aboard a battered “budget Barbie camper” named “Priscilla, Queen of the Desert” and go on a cross-country trip for a cabaret gig at a resort town in a remote Australian desert. Through mishaps and chance meetings, the trio gets to explore the challenges of life in this outrageously funny stage show.

Back after its successful October run in Singapore, the production’s second stint will see veteran funnyman Jon Santos and rising theater star Red Concepcion reprise their roles as Bernadette (with Raymond Concepcion II as alternate) and Felicia, respectively.

The lead role of Mitzi, meanwhile, will be brought to life by veteran stage actor and director Michael Stuart Williams.

With flamboyant costumes, extraordinary headdresses and a customized bus as its sparkling centerpiece, “Priscilla” is a must-see musical, with a parade of dance-floor favorites including “It’s Raining Men,” “Finally,” “I Love The Night Life,” “Color My World,” “Shake Your Groove Thing” and “I Will Survive”.