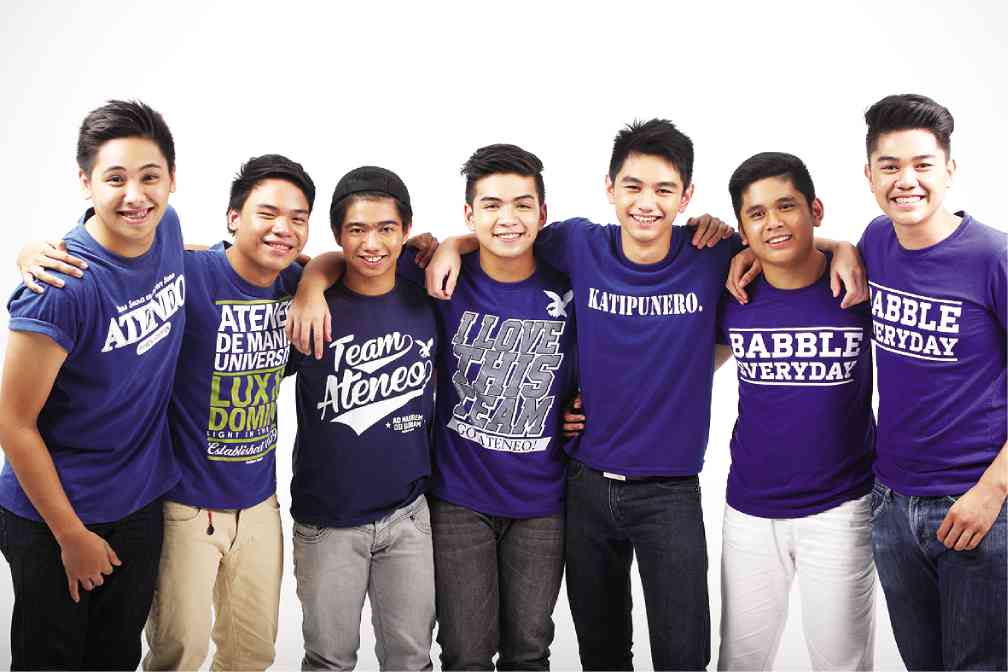 Sports fans who regularly watch live games know that “to blend in with the crowd” is easy—but isn’t as boring as one might think.

If we talk about the Ateneo gallery, the High School Blue Babble Band and Battalion keeps the crowd entertained, hyped and, above all, hopeful whenever their members’ booming voices and drums echo in the venue.

Although people are aware of the Blue Babble, there are still some who cannot differentiate the battalion from the band. Alvin Agoncillo, captain of the Blue Babble Band, says, “Battalion is the face of the Babble organization, while the Band is the backbone. Also, the Band makes use of instruments to play cheers, while the Battalion uses its voice to shout the lines of our cheers.”

These two roles go hand in hand to create the invigorating atmosphere each game could not possibly be without.

However, it’s not all fun and games for these cheerleaders. Anton Segismundo, a senior member of the Blue Babble Battalion, says that the number of Ateneans who recently tried out has decreased, compared to last year’s applicants.

But he remains upbeat: “We’ll continue doing what we’re doing, and we’re going to try to make a big impact.”

To make this happen, the Blue Babble undergoes rigorous training every Tuesday and Thursday for two hours, doing cardio workouts and practicing formations.

Segismundo explains that aspirants have to go through light initiation rites, where male neophytes dress up in girls’ clothes, perform cheers, and randomly approach a girl and talk to her.

It’s all part of trying to lose the “hiya,” he explains. It may seem hard and humiliating, but it’s part of the job. In the end, they just get a big laugh.

Their after-school practice may even draw the attention of students and faculty members. The thunderous drumbeats and resonant voices echo through the hallways.

Although sometimes the afternoon sun can be harsh, the Blue Babble Battalion and Band always keep the fun and energy alive.

Who says practice has to be a burden? “Sobrang saya, as in parang brotherhood na magkakapatid na naglolokohan,” Raniel Santos, a junior Battalion member, describes the bond that develops during those two hours.

Asked why he joined Babble, Agoncillo says: “There were several factors, but the most important would be my passion for Ateneo. Without it, I don’t think I’d be here today.”

Santos recalls how, as a young kid, he saw the Babble in action, lifting the spirits of the crowd, especially when Ateneo needed it most. That experience has inspired him to become the dedicated member of the Babble he is today.

Agoncillo says that dedication and imbibing the school spirit are some of the qualities needed in Blue Babble. “We’ve been there at every game to cheer for the team, especially kapag walang crowd,” he adds.

Santos says that being loud and cheerful are also important traits for the team members. Their energy should be the driving force of the crowd, so that the cheering never stops, even if the game is not in Ateneo’s favor.

The influence of Babble continues to grow and inspire people to cheer for the school team in every game.

Roy Fua, a newly recruited member of the Blue Babble Band, says that he joined because he really wanted to cheer for the school: “I wanted to give the crowd hope. I wanted them to get hyped up during games.”

The games would never be the same without Babble. Hearing the enthusiasm of the members is what makes the competition more exciting. They are the soundtrack to the movie, the amplifier in a band. They are the ones that give Ateneans the confidence to roar out, “One big fight!”

These passionate eagles allow the students and alumni to rejoice in school pride and enjoy every moment of it.