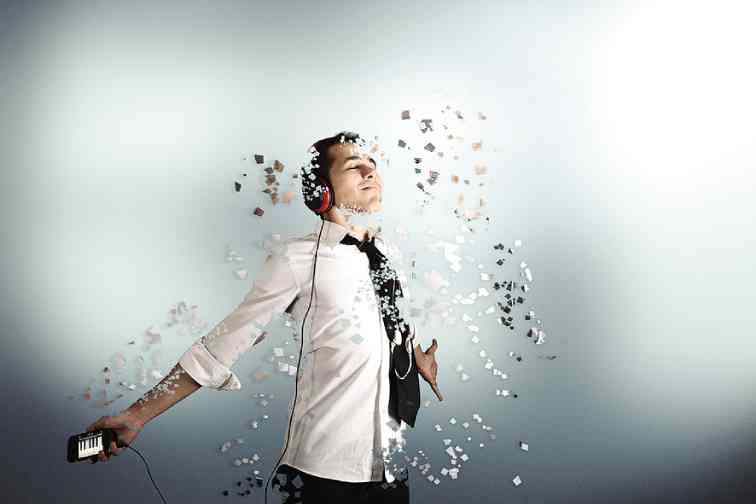 At age 9, Christopher Aronson was already into theater. In college, he majored in Theater Arts at Ateneo de Manila University, where he learned and deepened his craft, and explored experimental methods.

“It blew my mind even more,” says this 26-year-old director, actor and playwright.

“Since then, I have chosen to explore and experiment with the medium of theater as a ritualistic and rapturous language of the senses,” he says.

He believes that much of life is lived in slumber, so much so that it ends up becoming routine. Being an actor gives him the wondrous privilege of waking from that slumber by consciously playing a second life for an hour or more.

“But what truly makes the job of the actor utterly ecstatic,” he says, “is that his performance is seen by others who surrender their attention to a real virtuality in front of them, and that is when the ritual of the theater comes alive. Suddenly there’s magic in the air.”

He grew up marveling at the works of Dr. Seuss, Jack Prelutsky’s “Ride a Purple Pelican” and Maurice Sendak’s “Where the Wild Things Are”—children’s books his mother would read to him during bedtime.

These would spark his imagination as a child. “My mother is to be thanked for getting me hooked on the drug of wonder,” he muses.

The theater greats from the West that he looks up to are Jerzy Grotowsky, Bertolt Brecht, Antonin Artaud, Robert Wilson, Richard Foreman, Peter Brook and William Shakespeare.

Last year, he produced “Ritual World,” in which he gathered five actors from five different countries (including the Philippines) and invited them to devise a play—each actor speaking in his native language, each performing his own rituals.

“The magic they created with their guitar, violin, dances, poi and HulaHoop, performed in a theater-in-the-round setup, in effect, turned them into modern-day shamans who took the audience into an enchanting world beyond their normal sensory realm,” he recalls.

To further explore his interest in theater as a “ritual,” he is producing and performing in a one-man show, “Songs of the Electric Soul.” He says it’s his own idea and attempt to create an animalistic ritual for an urban context.

“I will be casting a metaphysical spell on the audience that will inundate their eyeballs, eardrums and heart-ears with the technological magic of projection mapping (animation and graphics projected onto a three-dimensional sculpture), electronic music, smartphones, tablets and the Internet,” he says.

He adds: “I’ll also include my own antics, movement techniques and magical craft to expand the audience’s minds.”

For Aronson, young people must be persuaded to make “new” theater, in every sense of the word. He encourages young theater people to push the boundaries of creativity and imagination. In theater, new forms must be discovered.