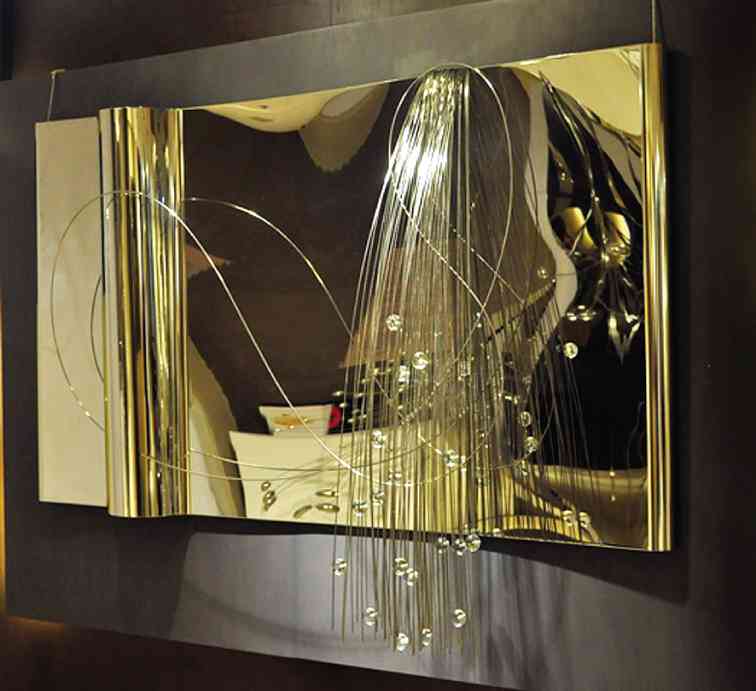 The marvel of the entire body of work of Impy Pilapil through over four decades is the consistency and sureness of direction, unwavering in the course that she was impelled to follow, untrammeled by sculptural styles and trends that have waylaid less determined sculptors in search of goals irrelevant to the pursuit of their art.

In her many artist’s statements, Pilapil has always acknowledged the inspiration she has derived from the writings of the Austrian philosopher, Rudolf Steiner (1861-1925), who called his belief system Anthroposophy (Wisdom of, or about, Man). In Steiner’s own words: “Anthroposophy is a path of knowledge, to guide the spiritual in the human being to the spiritual in the universe. It arises in man as a need of the heart, of the life of feeling; and it can be justified only inasmuch as it can satisfy this inner need. He alone can acknowledge anthroposophy who finds in it what he himself in his own inner life feels impelled to seek.”

Through several shows Pilapil explored the path according to Steiner and made them manifest through her creations. Among the stand-outs which the art community still remembers is the one Pilapil literally laid out on the grounds of the Ateneo de Manila University. The show extolled the “twelve senses,” namely: touch, hearing, taste, sight, smell, balance, movement, thought, temperature, word, life  and “I.”

For each of these senses Pilapil created pieces of sculpture, assemblages and installations, which are all audience-participative. The experience was, to say the least, stirring by turns in an educational and emotional way, connecting each participant to the very nature of each material and, yes, to his spirit.

In fact, it is this connection with her material transcending the merely physical and palpable that Pilapil always seeks. An invitation to a long-ago exhibition titled “Find Your Truth” informed the guests that “There will not be the customary opening ceremonies for this exhibit. We kindly request that viewers and friends come at any time during the run of the exhibit in meditative silence so that you may experience your separate solitudes.”

With stone in particular, Pilapil has found an essential, life-changing connection, as if the material, for all its stolid hardness, opens up to her, revealing all its secrets and messages. How moving therefore is the statement of that master of stone, Isamu Noguchi, who remarked, “Stone is the direct link to the heart of the matter—when I tap it, I get an echo of that which we are.” Like a sorceress of material, Pilapil has done the same with bamboo, as in her “Chime Halo” and “Nature’s Embrace,” soliciting the ethereal music of natural sounds.

Again, meditating on Steiner’s “The Spiritual Individualities of the Planets,” Pilapil created her “Saturn” works, a monumental wall of pliant wood rising to the high rafters of the gallery, undulating like her trademark ocean waves.

On view at  Altro Mondo Gallery is another emanation of ideas inspired by Steiner, a show billed as “Third Moon.”

Writes Pilapil: “The Third Moon is this period where the reminiscent playbacks of our memories are once again recalled—but this time they are more focused on life’s creature transformation and our expanding consciousness. We are touched by frequent dreams of our past and we catch a glimpse of our true selves and our defining lunar memories.”

This show is flush with an exuberant and lyrical playfulness, imbued with an almost dizzying lightheartedness. The works bring to mind the giddy merriment of a child skipping rope. Perhaps, more precise is the memory shared by Pilapil, of herself as a child “on a boat, sailing through the night surrounded by the sea. It was something I loved to do back then… I have always loved the sound of water against the hull, the light breeze forming small patterns that in turn encircle the boat’s wake as we moved forward.”

For now, the sculptor has taken leave of her heavy stone and massive boulders. These free-standing and wall-bound sculptures are a much deserved respite from an intensely meditative experience we are all familiar with Pilapil’s classic works. These “Third Moon” works can be described as plein-air sculptures, out for a day in the park. One can read them as evocations of childhood’s gaiety, fascination and frolic; of endless days of play without weariness or exhaustion. Indeed, they have a burbling quality, as of a low bubbling sound of water moving on stones in a stream. Our eye follows the delightful spinning of encircling wires, wondering where they will end. Graceful and calligraphic, they are continuous drawings in space, liberated from the heft and bulk of volume and mass, relieved of the tension of a compact mass.

Pilapil’s principled relationship with her chosen material has always been charged with a transcendent quality. She is unrivalled at summoning not just the richness, elegance and formality, but more importantly, the internal “logic” of the work’s structural configuration of the various parts.

“Third Moon” works are all in gleaming stainless steel, and with their arresting and mirthful gaiety, immediately and ingeniously sweep the viewer into the work’s spirit of frolic and fun. As the viewer observes his countenance reflected on the mirror-like surface, he is literally within the soul of the sculpture.

Desperate their monumentality, they are non-confrontational but always self-assured and never discomfiting. They do not aggressively invade or intrude into the viewer’s psychic space. These are work at ease with themselves.

For Impy Pilapil, the pull of the tide of lunar memories is irresistible.