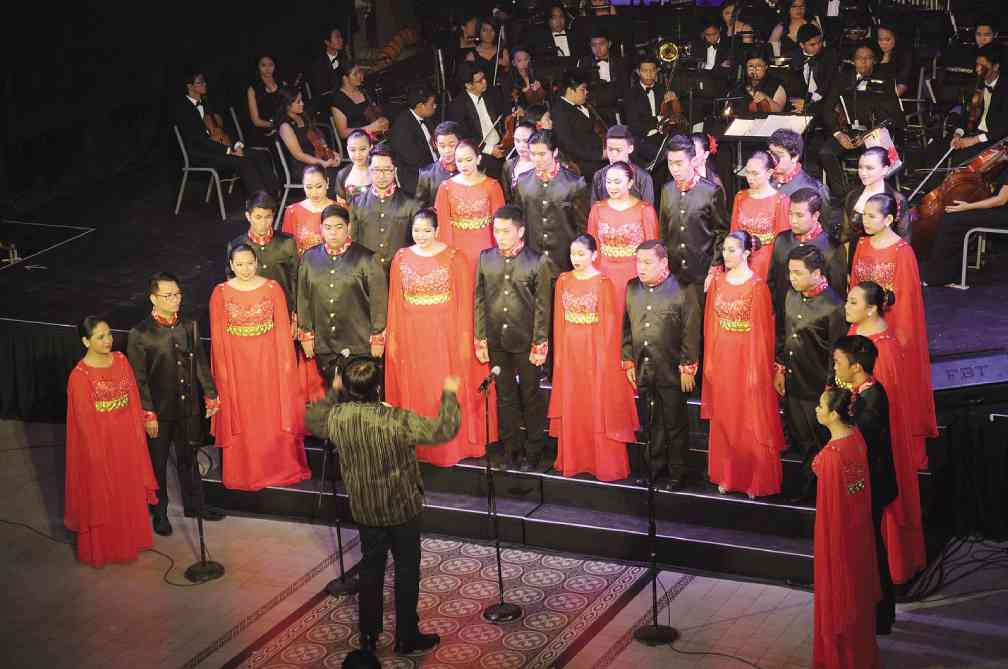 XCOR La Banda Vocal de Venezuela, the premier vocal band from Venezuela, will be one of the highlights of this year’s University of Santo Tomas (UST) Classical Christmas Concert on Dec. 3-4 at the UST Santisimo Rosario Church.

The South American band is composed of six professional male singers: Potter, Guille, Eli, Level, Andres and Fleitas. All of them are from Merida, Venezuela.

XCOR has wowed the world with its charismatic and creative vocal performances. It has performed at Teresa Carreño Theater, the most important theater in Venezuela, and been a regular performer in the annual International Choir Festival Mundus Cantat Sopot in Poland.

The group has also made collaborations with big names in the international music industry such as Grammy-winning composer Simon Diaz, Italian a cappella band Neri per Caso, folk quartet Serenata Guayanesa and singer Maria Rivas.

The genres XCOR has mastered vary from jazz to pop, bolero, merengue, salsa, reggae and vallenato.

The a capella band, which was formed in 1996, has been performing in different parts of the world including Portugal, Mexico and Poland. Its UST concert will be its debut in Asia.

The participation of XCOR in this year’s UST Christmas Concert was made possible through two-time Choir of the World champion UST Singers under the baton of Fidel Calalang Jr.

Aside from the Christmas Concert, the group will also be serenading Filipinos in parts of Metro Manila, Nueva Ecija and Davao City in December and January.

The concert will feature top talents from the UST Conservatory of Music such as the UST Symphony Orchestra, Liturgikon Vocal Ensemble, Coro Tomasino and Brass Choir.

Frederick Maturan, grandson of famous balladeer Diomedes Maturan, will also be making his debut in the concert.

“A pioneering endeavor way back in 2003 by Rev. Fr. Isidro C. Abaño, the director of the UST Museum, the grand musical extravaganza has become the event that marks the beginning of the Christmas season in Manila and in University of Santo Tomas,” said professor Augusto Antonio A. Aguila of the office of UST rector Fr. Herminio Dagohoy, OP.

“The Christmas Concert likewise coincides with the ceremonial lighting of the giant Christmas tree on the campus which adds enormously to the festive atmosphere of the season.”

For inquiries, contact the UST Museum of Arts and Sciences at 7811815 and look for Susan Samson; or the UST Office of Public Affairs at 7323544 and look for Michaela Lagniton.