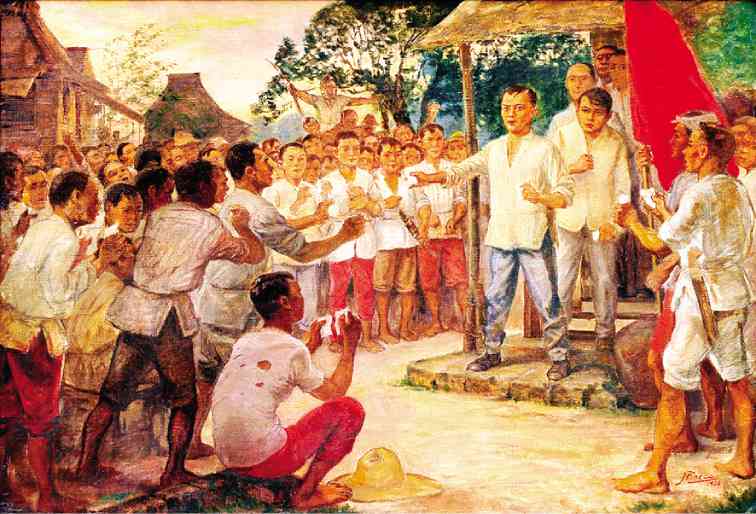 The Atay cabinet, created by the country’s foremost cabinetmakers Ah-Tay and his son Eduardo, will be auctioned off starting at P300,000. The cabinet stands on four bun feet and has a rather plain body with raised panels on the doors and the sides. This cabinet was most probably commissioned by Francisco Reyes from the Taller de Carpinteria of Eduardo Atay.

According to social historian Martin Imperial Tinio, the Atay cabinet was characterized by the quality of the wood the prominent cabinetmakers used, by its impeccable joinery, and the fluidity and crispness of its carvings.

“An entablature rounded at the corners and carved with moldings at the architrave and cornice surmounts the piece,” he noted. “The frieze is decorated in front with applied moldings flanking a circular cartouche carved with the initials ‘FR.’”

Another sought-after furniture is the Dellota comoda with kneeler and altar, which has a starting bid of P40,000.

“This unusual piece of furniture is the only one of its kind in the country,” Tinio said. “It is a small, low and narrow comoda combined with a prie dieu or kneeler with a built-in altar in the form of a tabernacle. The two doors of the cabinet are surmounted by a pair of drawers topped by an altar tabernacle on a stepped platform. At first glance, the piece imparts a primitive look which is belied by a closer inspection of the carvings and the wealth of decoration lavished on the piece.”

A very rare and unusual piece, the carved kamagong cabinet is made of boxwood and the kamagong variety called bulong aeta, which is seldom all black. Its starting price is P600,000.

“Philippine furniture utilizing boxwood is very rare and, in fact, only three other pieces of the same material, but of different types from the one above, is known to exist in private collections,” Tinio said. “This two-door cabinet has rounded corners all the way up to the top and stands on turned, spittoon-vase shaped feet. The two doors, framed in kamagong, are composed of narrow planks of bulong aeta that have carefully been joined together so as to appear like a seamless slab.”

León Gallery director Juan Ponce de León noted that the auction house did not encounter any issues regarding the artworks’ authenticity.

“As always, we employ the highest level of scholarship and prudence in the admission of lots for auction,” De León said. “The authenticity of our Amorsolos in this sale has been confirmed by Sylvia Amorsolo-Lazo, the Zobels by Don Rafael Perez-Madero, the Joyas by Jose Joya Baldovino and so on.”