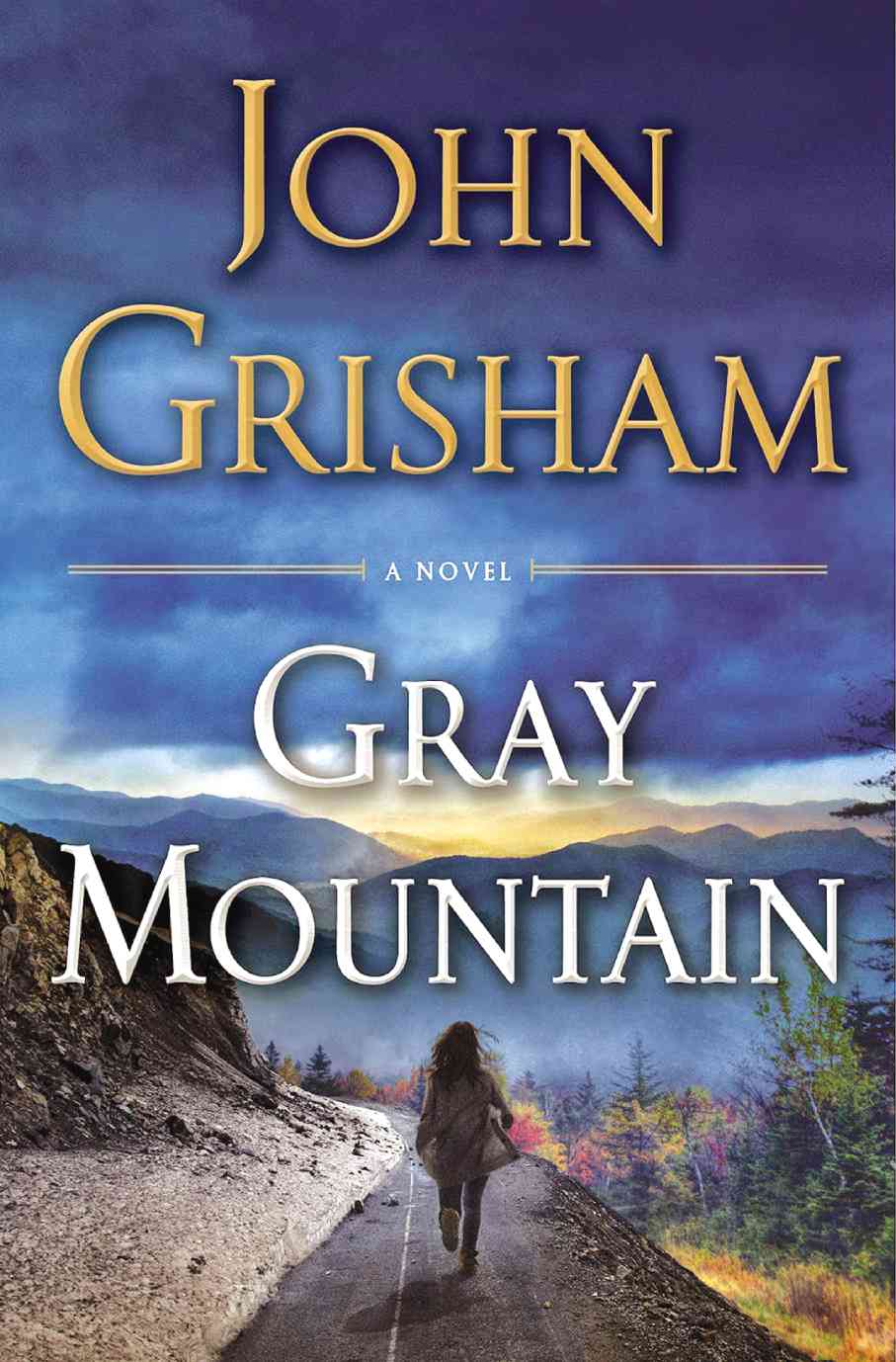 Unknown to many, bestselling author John Grisham, known as the master of the legal thriller, is a former congressman and a lawyer who returned to the courtroom in 1996 on behalf of a railroad worker who was killed in the line of work; Grisham won.

He also supports the Innocence Project, which works to free unjustly jailed individuals. He’s also been unafraid to echo those same beliefs in his books.

But he hasn’t been as forceful with those convictions as he is with his newest book “Gray Mountain: A Novel” (Doubleday, New York, 2014, 368 pages).

In his past novels, Grisham—master of the legal thriller whose books have been made into popular films—had stood against corporate greed and with this book, he takes a very clear stance against the evils of big coal companies, specifically the practice of strip mining.

Grisham has one of his characters openly attack strip-mining operations in long lectures instead of his usual practice of working it into his characters’ normal conversations. That’s how much he dislikes strip mining; the book takes its title from a mountain that’s been ravaged by it. There are no gray areas in “Gray Mountain,” despite Grisham’s small gestures at ambiguity. It’s clear from start to end which are the good guys and which are the bad guys.

“Gray Mountain” begins in New York, where Samantha Kofer loses her job at the big law firm Scully & Pershing (first mentioned in 2009’s “The Associate”) due to the financial downturn.

In the hopes of regaining her job, Samantha signs up to work as an intern in the Mountain Legal Aid Clinic in the small Virginia town of Brady. Having only previously worked in faceless corporate law, Kofer is overwhelmed by the experience of working directly with desperate clients who have no money.

Slowly, she discovers meaning in what she’s doing, even as the prospect of regaining her old life continues to hold her in thrall.

Mostly, she’s intrigued and scared by Donovan Gray, a young, good-looking and brash lawyer who has made it his life’s mission to battle the big coal mining companies.

When he wins one lawsuit and then files several lawsuits against the mining companies, he starts to feel threatened and recruits Samantha to help him in his crusade. Scared, Samantha refuses, but then sudden and drastic events force everyone in “Gray Mountain” to rethink their roles.

Shades of past novels

The plot recalls the 1998 novel “The Street Lawyer” with the big city lawyer-doing-legal aid work switcheroo and “Gray Mountain” features Grisham’s first female protagonist since “The Pelican Brief’s” Darby Shaw in 1992—and only his second ever.

But Samantha is no Jake Brigance (the bleeding-heart hero of Grisham’s first book, 1989’s “A Time To Kill”), at least not right now. It takes a while for her to accept the dignity of the small-town legal aid worker and that’s why she’s a believable if not immediately winning protagonist. She’ll grow on you.

Grisham shows us the same ability to build the textured world and characters of his fictional Ford County, Mississippi, this time in the Virginia town of Brady and its inhabitants. Hopefully Grisham will visit this promising locale in a future book.

While the prose itself is your usual slick Grisham stuff, there’s an odd quality to the narrative structure of “Gray Mountain.” Grisham starts things off very slowly, then picks up speed and then, abruptly, ends. It actually feels unfinished, even if Grisham ties up the remaining story threads.

For someone with the metronomic efficiency of Grisham—one book a year like clockwork—this counts as something different. Put together the choice of Samantha Kofer as protagonist and the story speed bumps, you get “Gray Mountain,” a most unusual John Grisham book, and it’ll be up to the reader to determine whether that’s a good thing or a bad thing.