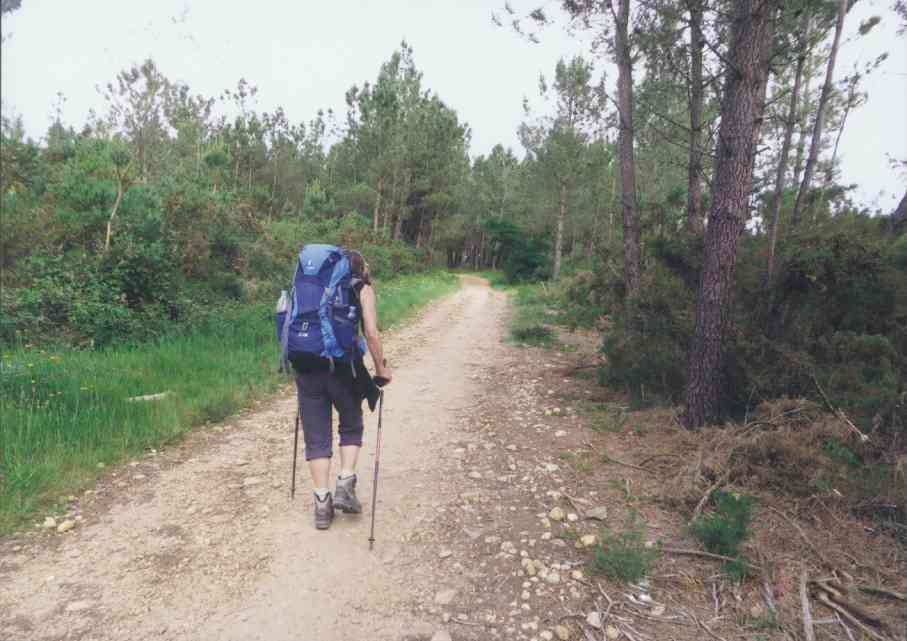 Camino de Santiago is a walking pilgrimage to the Cathedral of Santiago de Compostela, a city in Galicia, Spain, where the relics of the apostle St. James are believed to have been buried.

Pilgrims go there for religious reasons, for spiritual enhancement, or simply for a retreat. They say that the pilgrimage may have started as early as the 19th century.

How did it all come about?

Christian legend has it that after Jesus’ crucifixion, the apostles divided the known world into missionary zones and the Iberian Peninsula was assigned to St. James.

The 7th and 8th century documents suggest that St. James spent many years preaching in this part of Europe before turning back to Jerusalem.

Later, he was beheaded by King Herod in the year 44 AD and legend says that his followers sent his body back to the Iberian Peninsula to be buried where he rightfully belongs. Early in that century, a hermit supposedly discovered the body and reported it to then King Alfonso of Asturias who made the first known pilgrimage to the place which they eventually called Santiago.

News of the discovery spread like wildfire and small number of pilgrims started to come, starting the tradition of pilgrimage that lives to this day (Cmerlynck, Achille. “St. James the Greater.” The Catholic Encyclopedia. Vol. 8. New York: Robert Appleton Company, 1910).

The people who started doing the pilgrimage then, would go for religious reasons and this was to pray and pay respect to the apostle St. James. The city of Santiago de Compostela thus became an important pilgrimage site for Christians like Rome and Jerusalem.

Traditionally the pilgrimage would set out from the doorstep of their homes until the site where St. James’ relics are buried in Santiago. Now the modern pilgrims go for spiritual reason, and many just go for the challenge of being able to climb the mountains of Galicia.

Now not only pilgrims go to the Santiago de Compostela. Hikers also do the route.

One can choose any path toward Santiago. There are actually different paths to reach Santiago de Compostela.

Every path has a sign to let you know you are on the right track. There are yellow arrows (mojones) along the way that tell you how far you are from the site of Santiago, and shell signs all over the place.

The shell is the symbol of Galicia, which is an important seafood province. Galicia is very well known for its seafood and good meat.

Pilgrims and hikers who want to get a certificate to show that they have done the Camino de Santiago must have walked at least 100 km. If you do it on a bike or on horseback (the old, traditional way), you must have done 200 km.

Some people start from where they live in various points in Europe. Depending on your pace, this can take from a few days to several weeks. They stop along the way and sleep in inns and some private homes which allow them to spend the night for a small fee. 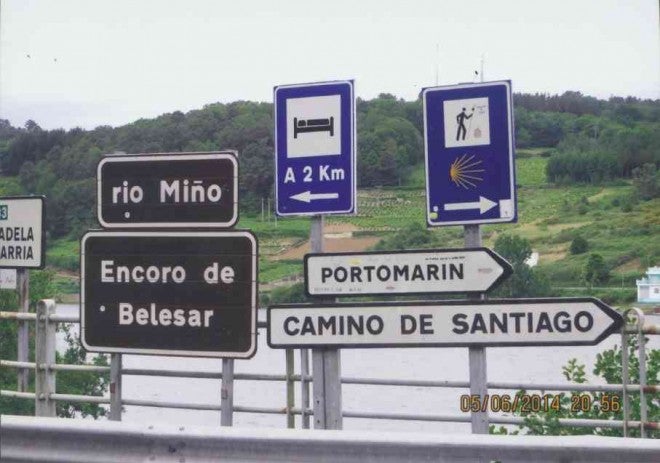 Modern-day pilgrims, like us, did it in a more convenient way, but still met the requirement of having to walk the last 100 km to reach Santiago de Compostela.

There are hotels, pensions and hostels all over the area where you can stay overnight, then continue walking the next day.

I did the Camino de Santiago and walked the 100 km to get the certificate.

We joined a tour organizer from Madrid, where we joined other people from other parts of the world. We were 17 pilgrims in all—from Guatemala, Puerto Rico, Miami, Alabama, Vermont, Virginia and the Philippines.

After the movie “The Way” by Martin Sheen, where he played one of the “pilgrims” who did this walk, this Camino de Santiago became more popular than ever in the US and other English-speaking countries. Many are not Catholics, perhaps not even Christians.

The first day was the killer—in the evening we could hardly move our thighs and legs.

The succeeding days were bearable. Our tour organizer has a van as backup for those who can’t make it to the end. However, many areas are not accessible to cars.

It was raining half the time. We had to go through cold, rain, sunshine, rocky and muddy roads, uphill climbs and downhill, too. It was tough but it was all worth it. You see and meet different people along the way.

Each person who passed would greet you “Buen Camino.” Everyone showed a cheerful attitude even if one was panting and sweating.

Each one has his own reason for doing the walk.

On the last day, when we   arrived in Santiago de Compostela, it was like we saw light after a tunnel of darkness. We felt triumphant. We all felt like we had won a race. Some shed tears of joy.

The culminating part is the Mass for the pilgrims at the Cathedral of Santiago de Compostela. Inside the cathedral we paid reverence to Santiago (St. James), prayed on his tomb and heard Mass officiated by seven priests.

The most moving part was the swinging of the “botafumeiro” (incense burner), the origin of which dates back to 1554. This tradition of incense-burning inside the cathedral came about as a solution to a public health issue. In the medieval times, pilgrims were allowed to sleep inside the cathedral to protect them from the cold and the rains.

Now, the botafumeiro is the most popular symbol of the Cathedral of Santiago de Compostela.

Besides completing the 100-km walk, for which we got a certificate, we all felt that we had acquired 16 new friends, including our driver and two guides. We were together for 10 days, 24 hours a day.

We had all our meals together, stayed in the same hotel (mostly rural manors), shared our life stories and jokes, and had a good time together.

The Camino de Santiago was a wonderful and unforgettable experience. Whether you choose to do it for spiritual or personal reasons, it is an extremely enriching endeavor on so many levels.

I highly recommend it to people of all ages who are looking to do something different. In a world that is increasingly dependent on technology, the Camino experience is a refreshing break from the hustle and bustle of our daily lives. Buen camino!