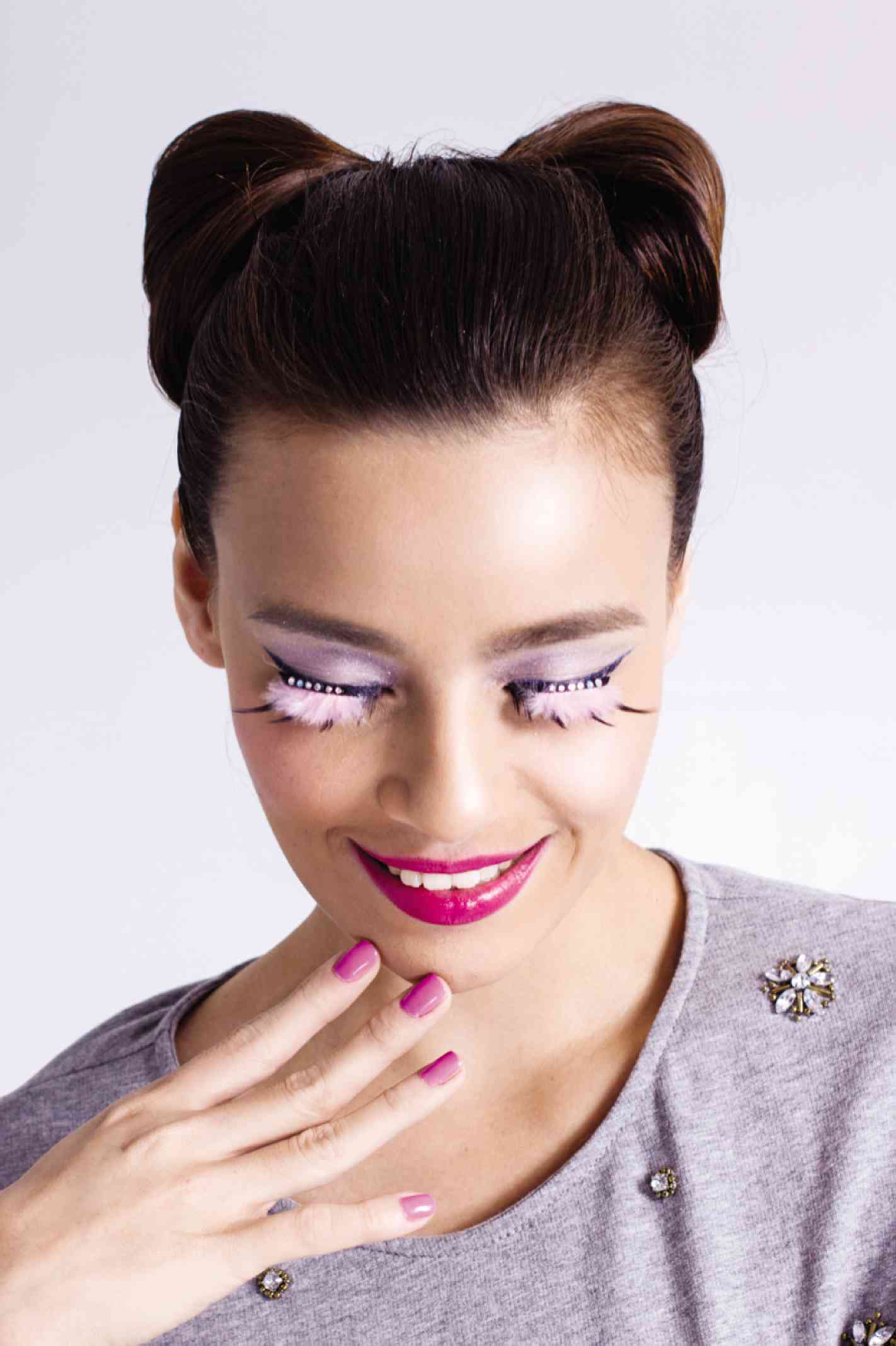 ADD LASHES to add a festive flair to your cat eye.

The Internet’s fascination with cats is boundless and very well-documented. Karl Lagerfeld, for instance, is not impervious to the feline fatale’s charms.

A few years back, the head designer and creative director of the Chanel as well as Fendi and his own label fashion house was asked to cat-sit when a model friend of his went on vacation. It was love at first meow for Lagerfeld and the furry Choupette and he couldn’t bear to part with her since.

Fast forward to today. Choupette is one of the most famous cats on the Internet, and not just because of her owner. Choupette (@ChoupettesDiary) has her own following on social media: 44,175 followers on Twitter and 32,000 on Instagram.

The spoiled kitty has two personal assistants, Françoise and Marjorie, dedicated to her. She also has her own private plane, an on-call vet and an iPad.

It was inevitable for Lagerfeld and Japanese brand Shu Uemura to create a makeup collection inspired by Choupette, given how Japan is a cat-crazy country, too.

This collection marks the second collaboration between Lagerfeld and Shu Uemura.

Shu Uemura International artistic director Kakuyasu Uchiide was in the Philippines recently to launch the collection and to demonstrate the must-have makeup looks from Shupette.

“I imagined how Choupette would be like if she were a Parisian girl. That was the starting point of this project,” says Uchiide.

During Uchiide’s demonstration, a behind-the-scenes video from the Shupette campaign was being played on loop; Choupette was in the arms of a model, with Lagerfeld as the photographer.

“Choupette is like a professional model in front of the camera. She’s amazing!” Uchiide says with a laugh.

As luck would have it, the cat eye is a hot trend now and the Shupette makeup look aptly highlights this trend.

Shu Uemura’s version of the cat eye ranges from an everyday basic to a sparkly version topped with a special shade of blue.

According to Uchiide, finding the perfect shade of blue was very daunting: “The blue to approximate Choupette’s eyes proved challenging because she has blue eyes that are a little gray—it took a while before I found the right shade.”

The result of this search is an iridescent blue-gray shade that adds depth and contrast to the stark black line of the cat eye shape.

Among the collection, Uchiide lists the Shupette Has It All palette, drawing pencils, and lashes as his Top 3 picks.