A day in the life of a champ | Inquirer Lifestyle ❮ ❯ 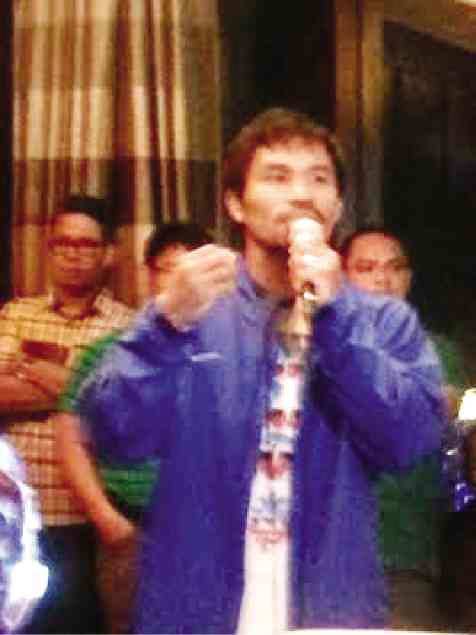 MANNY Pacquiao explains themessage of a passage to family and friends during a Bible reading session in hisMacau hotel suite; at right, Sylvester Stallone arrives at The Venetian Macao’s Cotai Arena.

A day in the life of a champ

Before Manny Pacquiao won last week in a lopsided match against Chris Algieri in Macau, the Filipino boxing legend spent days reading the Bible in his hotel room with family and friends.

On the day of the fight itself, Hollywood celebs greeted each other upon arrival at The Venetian Macao’s Cotai Arena, joining the predominantly Filipino audience who later on witnessed a victor stopping short of totally demolishing his opponent, because he took pity on him.–Pocholo Concepcion