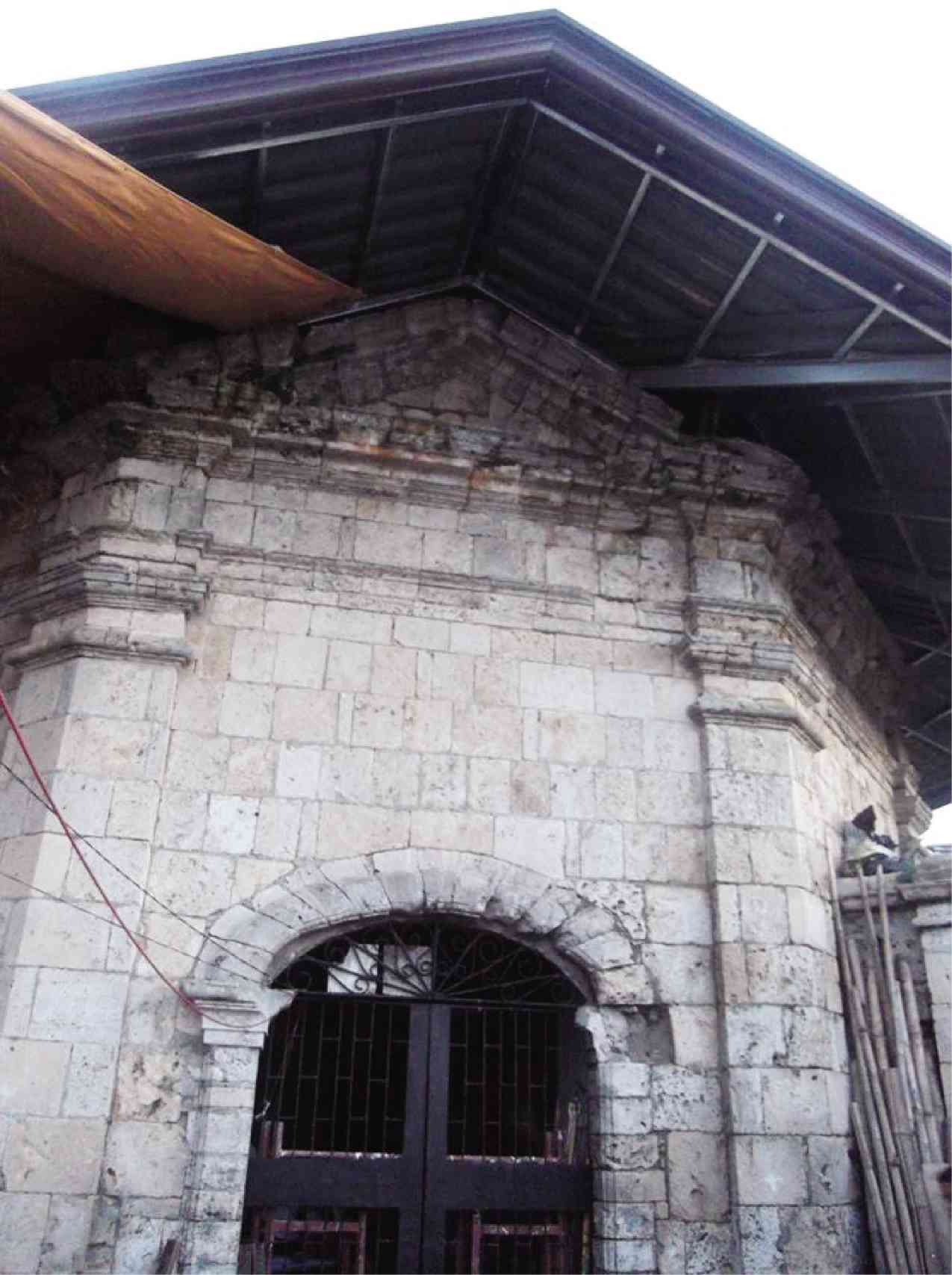 RENOVATION has done away with the domed roof.

A recent project replacing the roof of the Spanish-era cemetery chapel of Pototan town in Iloilo has caught the attention of heritage advocates as it is said to have veered away from the original design of the structure.

The octagonal chapel, constructed during the last quarter of the 19th century, had undergone a number of renovations, and the recent work, done in time for the All Saints’ and All Souls’ Day celebrations, does not fit architecturally the original structure, said a long-time Iloilo resident, who asked not to be named.

The source said the project was made possible through the donation of the Pototan town mayor but without consultation with the National Historical Commission of the Philippines (NHCP).

“The donation [for the project] was by the mayor,” said the source in Ilonggo, adding that the local executive probably did not know the renovation should have been done in consultation with the NHCP.

“But still, they should have kept the original design,” the source said.

University of the Philippines Visayas professor Joy Rosal Sumagaysay says in her 1995 thesis, “An Art Historical Study of Spanish Period Stone Cemeteries in Iloilo,” that the Pototan cemetery chapel originally had a dome roofing.

“Octagonal in shape, the capilla has three segmented-arch openings. The plain and simple exterior walls are redeemed by the squat triangular pediments which crown all eight sides of the capilla. This unique architectural design served to accent the original dome roofing of the capilla,” reads a portion of her study.

The squat triangular pediments are now less than eight with the new roof, designed triangular on top of these pediments.

“Although this seems to be a ‘refined’ roof compared to the previous one, I wish they had consulted their council [Permanent Committee for the Cultural Heritage of the Church] first as to what the original roof may have been,” said Sumagaysay in an interview.

Iloilo architect and University of Santo Tomas College of Architecture instructor Carlo Sayco said proper documentation and research should have been done first.

In Iloilo City, two important heritage structures are due to be restored and converted into an office and a museum by the National Museum (NM).

Iloilo Provincial Jail, constructed in 1911, is set to be rehabilitated by NM for the establishment of a regional museum for Western Visayas.

Jaro Municipal Hall, designed by architect Juan Arellano and constructed in 1938, is also going to undergo rehabilitation, restoration and repair. It will be converted into a regional extension office of NM.

The building is used as a police station.

“I’m very glad that they are going to keep it [provincial jail], because a few years back there were plans to [demolish the structures] together with several other buildings,” Jamerlan said. “There was a plan to put up a convention center, so [it’s good] that the province has decided to save them.”

Jamerlan said heritage advocates in Iloilo were doing cultural mapping of the city with the help of University of San Agustin run by the Augustinian fathers. He added public-school teachers were helping in the mapping.

“You have to make culture and heritage a viable proposition. It’s something that people can be proud of, something that they can earn from,” he said.

“Culture is alive. It’s not in a vacuum. It’s always developing. But hopefully it’s developing in that direction that we all want to,” Jamerlan added.