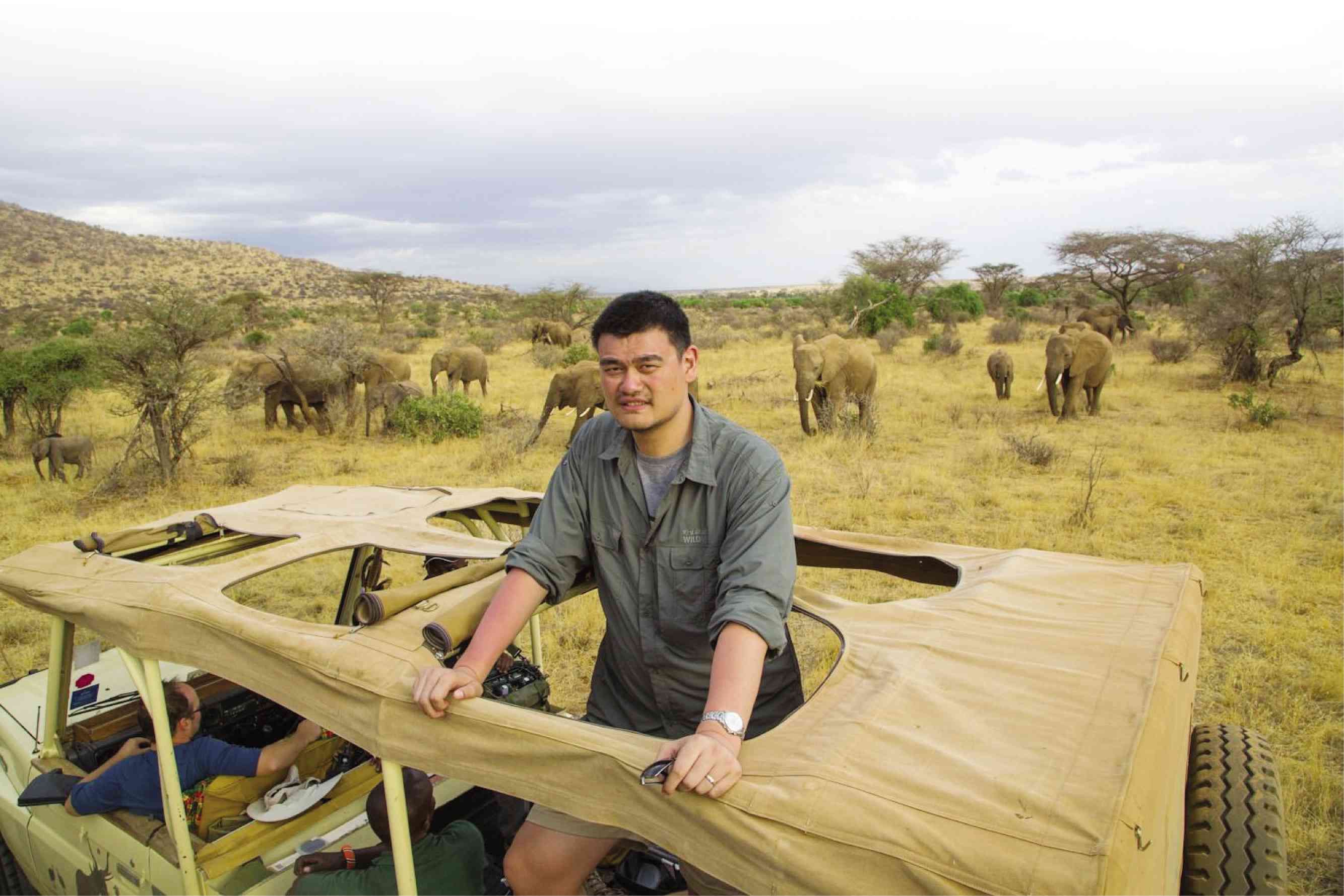 “NO BUYERS, no killers” is YaoMing’s simple message to help abolish elephant slaughtering for ivory.

It was a trip to Africa that turned former NBA star Yao Ming into a staunch protector of the elephant, the animal kingdom’s gentle giant.

Seeing slaughtered elephants and rhinos with their tusks and horns removed stirred sadness in Yao. “Honestly, after that experience, any time I see ivory or a horn, either from pictures or videos of items, it makes me feel sad because I know there’s a body, a carcass, a life being lost in Africa,” says Yao.

Every day elephants and rhinos are slaughtered in Africa to harvest their tusks and horns, which fetch high prices in Southeast Asia. In China, ivory is a precious material, a status symbol of wealth and prosperity. In Vietnam, rhino horns are prized for their medicinal properties—they are said to be a good alternative treatment for cancer.

Yao has partnered with animal conservationist group WildAid and Discovery Channel in “Saving Africa’s Giants with Yao Ming,” a one-hour documentary showing the massive animal killing for an industry still prevalent in Africa. The docu is narrated by Hollywood actor Edward Norton.

This isn’t Yao’s first partnership with WildAid though. He’s a popular and beloved figure in China, so it was natural for WildAid to approach the kind-hearted NBA star in 2005 to ask for his help with a campaign to stop the slaughtering of sharks for their fins, which is used as a delicacy in China.

Yao’s message about elephant conservation is simple: If people stop buying these products, then the killing will stop. “The huge price motivates poachers to persist,” says Yao. “And if we buy ivory, it makes all of us killers as well.”

He adds: “It’s not just China that has a demand for ivory; the United States is the second biggest market… We are going through the consumers and asking them to stop buying, but government support would be wonderful, too. If China expressly forbids the trade of ivory, that would send a powerful message.”

Thanks to Yao’s friends in high places, he has also gotten the interest of his fellow players in the NBA to take up the fight to preserve the life of the animals. “Both retired and active players from the NBA have shown interest, like Dikembe Mutombo, Joakim Noah, Dwyane Wade, Jeremy Lin. They did a PSA (public service announcement) persuading people to stop buying stuff…”

Yao says that basketball has given him so much, especially fame: “I think I should use this in the right way, with conservation or some other good things, and have people listen and pay attention. It would be wonderful if people still listen to me and if I could help change their attitudes about this cause.”

He recalls being moved and amused by the antics of young elephant orphans living in a conservation center. “We spent an enjoyable time with those orphaned elephants. They are very cute, very polite, very smart animals, and they had different personalities. They were just like a bunch of kids sitting in a classroom,” he says.

But then the amusement is tempered by the sobering reality that these baby elephants were orphaned because their mothers were killed for their tusks. Yao adds, “They cannot survive in the wild and are being protected only by the conservation staff. I’m so glad to see them living well there; I also hope when they grow up, when they return to nature—which they will— the threats are no longer there. That’s why we’re doing this.”

Since the launch of the documentary, Yao has said that there has been a spike in interest in preserving the lives of the elephants and rhinos, but it is not yet a slam dunk. There is still work to be done but, thankfully, Yao is in it for the long haul.

Know more about “Saving Africa’s Giants with Yao Ming” at discoverychannelasia.com. To donate or pledge to the cause, visit wildaid.org.