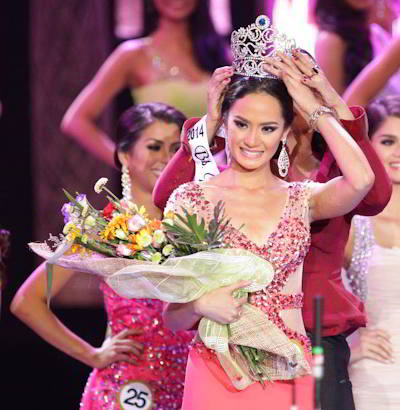 MANILA, Philippines—Fresh from the coronation of Cebuana Jamie Herrell as Miss Earth 2014, another Cebuana has made waves at an international beauty pageant.

Patraporn Wang of Thailand was named Miss International, besting 72 other candidates. She is a 19-year-old student. Jeslie Mergal, a 22-year-old model from Cuba, placed second. Candidates from Portugal, Argentina and South Africa completed the top 6.

On Saturday evening, Herrell beat 83 other contestants to take home the Miss Earth crown, duplicating the feat of Cebuana Karla Henry in 2008.