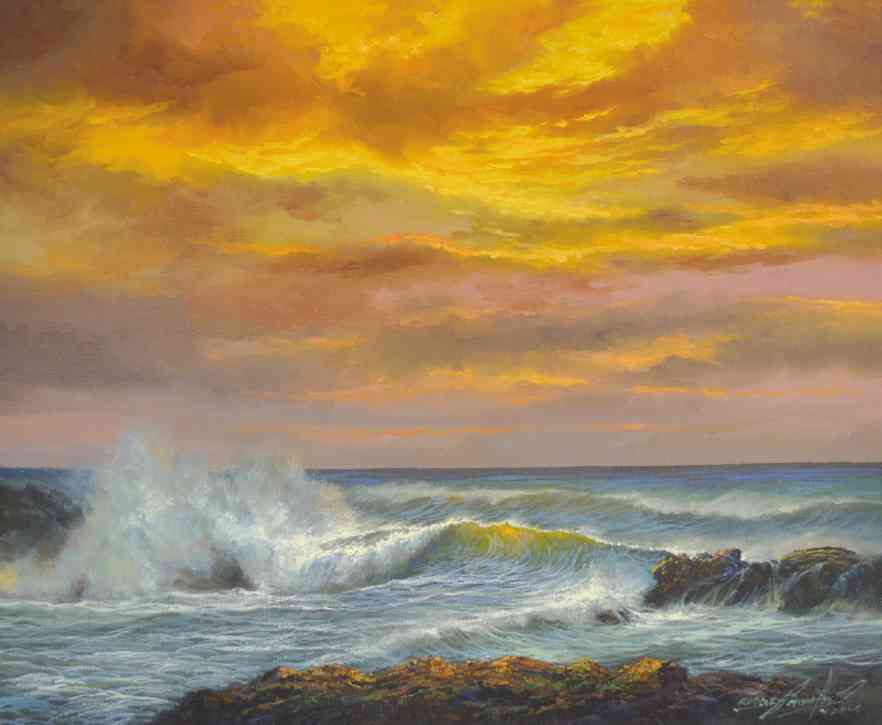 Painter Rudolf Gonzalez’s “Horizons,” his exhibit of new works running until Dec. 18 at Galleria Nicolas in Glorietta 4, Ayala Center, Makati City, features seascapes which he has been known for.

Having a degree in advertising arts from the Far Eastern University, Gonzalez is exceptionally empathic in his ability to evoke emotions through his visuals. There is an element of realism in Gonzalez’ works, but of an idyllic sort that recalls the oeuvre of Fernando Amorsolo in capturing the essence of light, and Juvenal Sanso in establishing an emotional resonance with his audience.

It isn’t all together surprising, then, that the artist counts Rembrandt and John Singer Sargent as his influences—both artists were pioneers in their experiments with light and shadow.

But Gonzalez chose to focus his talent on seascapes. Having spent considerable part of his life in the United States, he developed a close affinity to the island of Hawaii and its picturesque coastline. He was also drawn to a large community of Filipino artists in the US. This combination eventually lent inspiration to Gonzalez, who quickly developed a large oeuvre of seascapes.