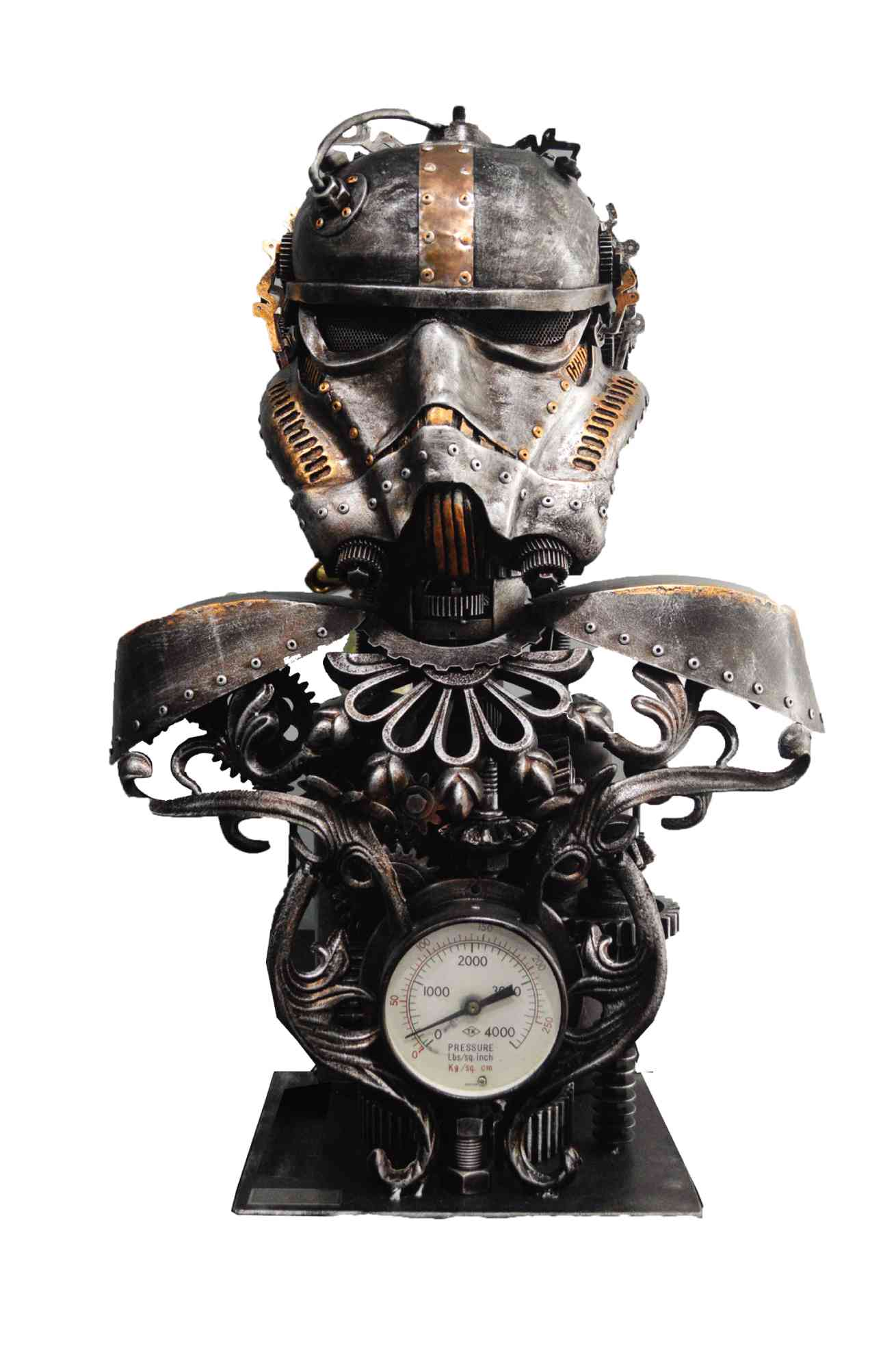 Sculptor Ram Mallari’s “Visions from the Foundry” runs Dec. 9-14 at the Art Center of SM Megamall in Mandaluyong City.

Presented by Art Underground and Art+ Magazine, the exhibit presents recent works by Mallari, an innovator in the field of “reclaimed sculpture.”

Starting in 2011 with his retrofuturistic works in intricate metalwork techniques, Mallari has received international acclaim, the most recent of which is being guest artist and lecturer at an art workshop of the Singapore Science Museum.

Coming from humble beginnings, Ram was exposed to smithing earlyas some in his family worked as metalsmiths.

Living around Batasan, Quezon City, he would see scrap metal piling up at the site, some of which might even be destined for landfill. He was quick to realize the importance of reducing, reusing and recycling, and that there was beauty and inspiration that lay within the myriad of salvageable, metallic shapes protruding from the piles.

Upon closer look, one discovers the underlying concept in Mallari’s work is rooted in an utopian depiction of an imagined future forged from memories of an earlier era. His work explores themes of tension between past and future, and between the alienating and the empowering effects of technology.

Mallari’s fascination with the dystopian relationship of man, nature and machine proves a rewarding vision of the world in which futuristic ecstasy is presented as precise, mechanical and cool.