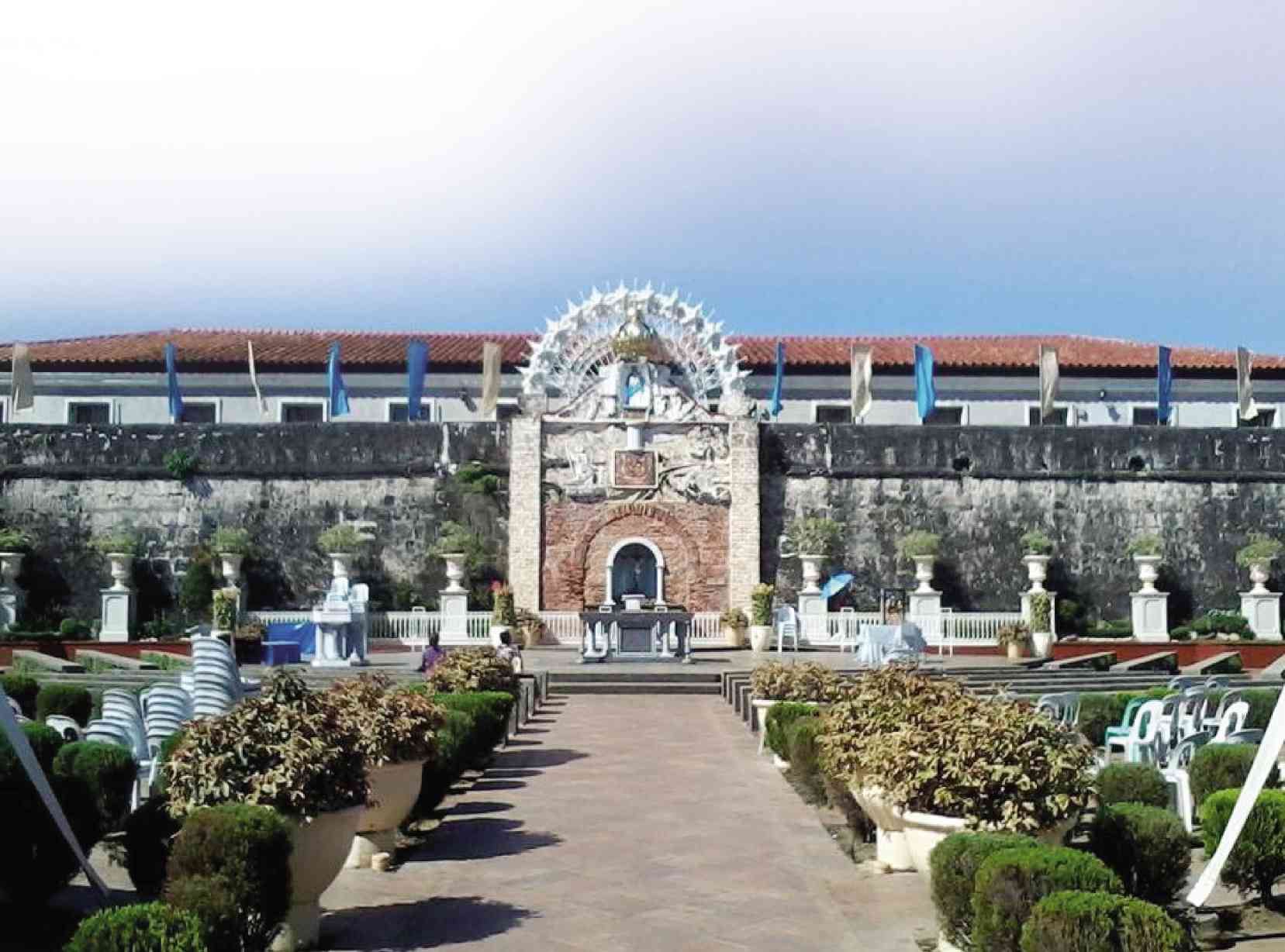 BUILT in the 17th century, the military fortress named in honor of Our Lady of the Pillar is proof of Spanish conquest and colonization of Mindanao.

National Museum director Jeremy Barns has defended the controversial Fort Pilar project in Zamboanga City in which sections of the inner walls have been given a white palitada or lime-mortar-mix finish.

The project, which started in August 2013, caught the ire of local officials and residents for removing the exposed-brick wall.

Fort Pilar is a Spanish fortress camp in Zamboanga City built in the 17th century and named in honor of Our Lady of the Pillar. Its complete name is Real Fuerza de Nuestra Señora del Pilar de Zaragoza.

She suggested if the National Museum could possibly return the brick wall with the help of experts.

She complained the museum did not consult the locals before doing the restoration.

But Barns said restoring the wall meant, in fact, bringing back its palitada finish. He said the wall was in a bad shape, and its old finish had been eroded and retaining the brick-wall appearance meant exposing the structure further to the elements.

He urged locals not to “romanticize” the structure. He explained the exposed-brick wall finish might look nostalgic and historic, but leaving it as it was would mean irresponsible restoration work that would further expose the structure to the wear and tear of the elements.

“I did not really realize the depth of the exposed bricks. All I knew was that that building was really in bad shape. And so we really made it part of the scope of our improvements to preserve [the building],” said Barns.

A meeting was recently held at the Zamboanga City hall among Barns, city authorities, and the arts-and-culture council. They ironed things out about the issue.

Barns said conserving the building was a non-negotiable aspect.

“We have to protect those bricks. We feel we have done it in the right way,” he said.

Admitting the white palitada has made the wall look new, Barns said the museum did what was standard and acceptable conservation practice.

But he said he was open to giving the wall a finish that would evoke more the structure’s old charm.

“We are fully prepared to be flexible on the finish,” he said.

“We have taken a conservative and reversible [approach]. Everything that has been done is reversible. That’s one of the international principles. So kapag (if) something better technique came up, we could apply that.”

“We always approach these projects with great respect for the place and humility for the heritage, because if something happens to it, it’s gone. We can’t get it back,” he said.