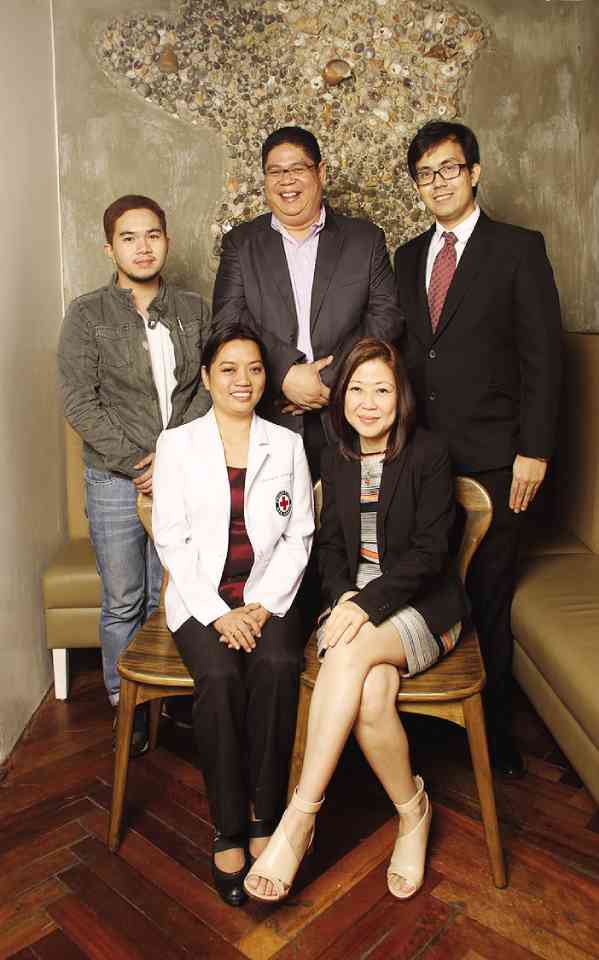 Blood donors save lives and burn calories, too

The Philippine Red Cross (PRC) has always been in need of refilling its blood supply as it provides 30 percent of the country’s demands.

One out of seven patients in local hospitals requires blood donation, but the supply can’t meet the requirements. Ironically, in December and January, blood donation is at its lowest when the exigency is more critical.

To help maintain sufficient reserve levels at the Red Cross’ national headquarters, Merck, the pharmaceutical company that produces Sangobion, the organic iron supplement, has launched a series of blood drives, called “Be A Lifesaver.”

Low levels of blood supply could prove fatal for some patients if a hospital were confronted with plenty of trauma cases from gun shots, firecrackers and other accidents during the holidays.

Dr. Christine Lanorio, medical officer and head of the bleeding and reception selection of Red Cross National Blood Center, says that on a regular basis, blood is supplied to cancer patients and those undergoing dialysis as their hemoglobin content drops.

Dr. Lanorio notes that the country needs some 3,000 bags daily but the PRC headquarters gets only 1,000 units. The need increases in December and January as many patients get hospitalized, but it’s also the low season for blood donors.

Roxas says that people are afraid to donate blood because of fear of needles, the sight of blood and the “white coat syndrome”—or a person’s mistrust of doctors or hospitals.

Anybody in good health can be a donor, she says. The basic requirements: 16 to 65 years of age, weight of more than 110 lbs or 50 kilos, normal blood pressure, no coughs, colds, wounds and alcohol.

At the blood donation center, potential donors are interviewed on their medical history. The blood samples are collected and the hemoglobin count is determined.

“We look at the quality of blood based on their health. Out of 500 prospects, only half pass the screening,” says Dr. Lanorio.

Studies have shown that regular givers—those who donate four times a year—run 30 percent less risk of cancer as new blood cells are regenerated.

Moreover, the screening also serves as a free medical examination as it looks out for transmitted infections such as malaria, Hepa-B and Hepa-C, HIV and syphilis.

“Your blood will be screened for these diseases. If the report is reactive, we send a letter inviting you to come to the Red Cross for counseling,” says Dr. Lanorio.

Marketing director Debbie Go Merck points out that donating the required amount of 450 cc or nearly half a liter is equivalent to burning 650 calories.

With the partnership of Sangobion, donors can coordinate with a Merck liaison officer who can give them a donor card with a reference number at the Red Cross. When there’s an urgent request for blood, donors with these cards will be given priority.

The “Be A Lifesaver” blood donation drive was recently launched at SM Fairview. Donors were given Sangobion and cupcakes after the blood extraction. Sangobion has been recommended by doctors for easily reloading iron to restore blood loss and controlling the hemoglobin levels in the blood. Hemoglobin is a protein that transmits oxygen from the lungs throughout the body for optimum health.

The “Be A Lifesaver” project is the final phase of Sangobion’s “Go Love Life,” a campaign which encourages women to look after themselves. Women, particularly pregnant mothers, are particularly susceptible to iron deficiency. Likewise, hard working women also complain of fatigue and breathlessness due to insufficient iron.

Through social media and online promotions, women were invited to try Sangobion for 15 days and share the results.

“Women wrote that they took other supplements to combat their tiredness, but these didn’t work for them. When they tried Sangobion, they felt more energized after a few days,” says Jio Igualan, product manager for Sangobion.

Winners in the first phase of “Go Love Life” were pampered with beauty makeovers from Shu Umera and Bo Blow Dry.

In the second phase, winners were rewarded with P4,000 gift checks for shopping.

“Be A Lifesaver” is the long-term and altruistic component of the campaign.

“There is joy in rescuing human lives,” says Merck.

Roxas adds, “This is Sangobion’s way of giving back. Hospitals are in need of adequate blood supply. We hope people will realize that they must keep their blood healthy for all time.”