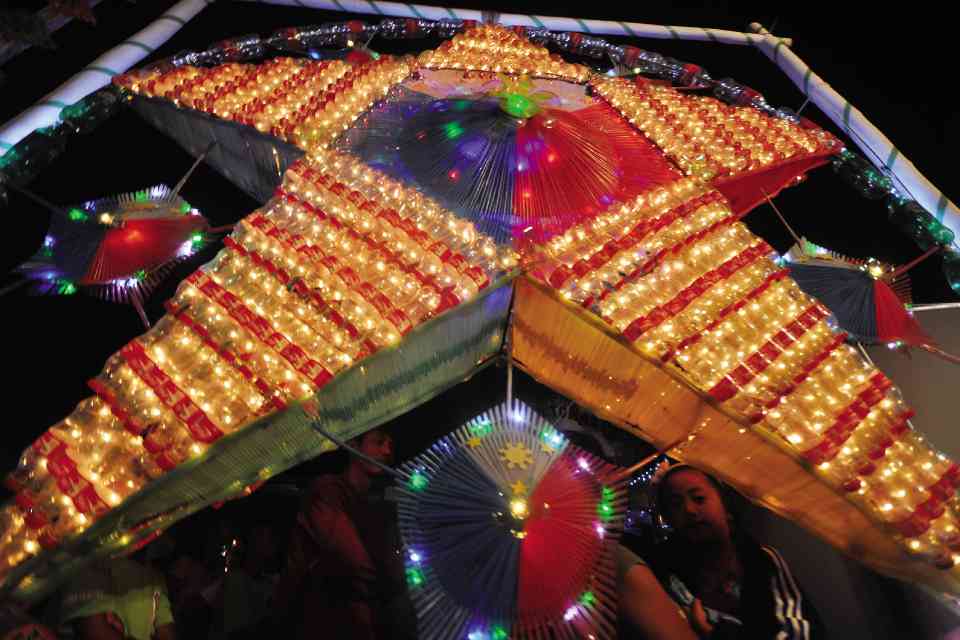 A LANTERN made of bottles of softdrinks on display at the plaza of Sto. Tomas town in Pangasinan province. WILLIE LOMIBAO/CONTRIBUTOR -

A recyclable Christmas in Pangasinan

STO. TOMAS, Pangasinan—If residents of this eastern town in Pangasinan province did not sell their recyclable materials to junk shops in the past few months, it was because they were saving them for giant Christmas lanterns at the town plaza here.

Former Mayor Vivien Villar on Monday led the lighting of the giant lanterns from the town’s 10 villages and six public schools, turning the plaza into a small Christmas village.

He said 10,000 plastic spoons and 200 plastic bottles were used to build the village’s giant star.

The lantern is 10 feet high and 10 feet wide with a nipa hut behind it.

For two weeks, residents helped paste the spoons to the lantern’s frame, install its lights and spray it with yellow, red and blue paint.

“The lantern also features a belen (Nativity scene), so it encompasses the traditional and modern way of celebrating Christmas,” said Ubaldo.