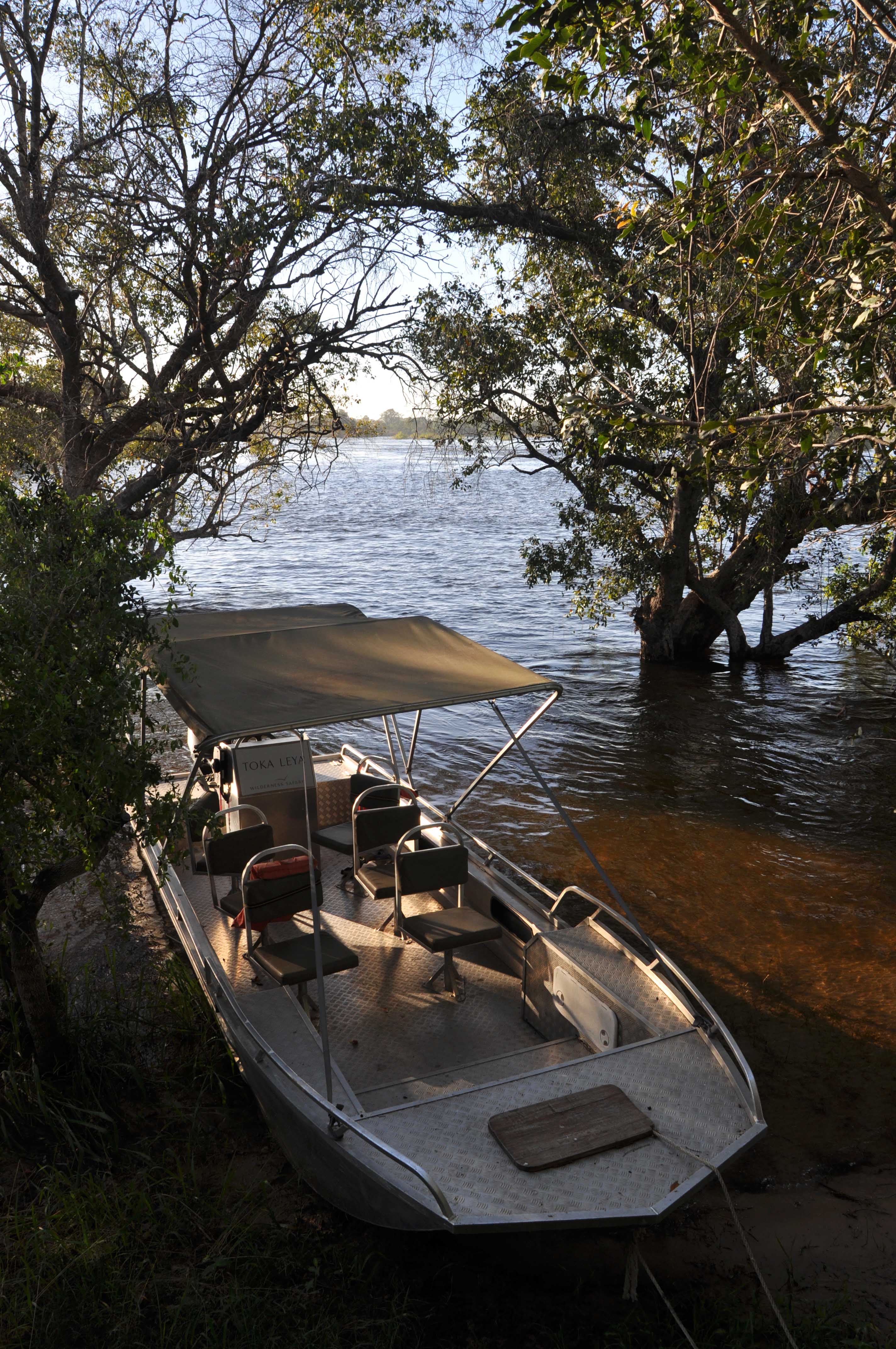 Chasing the ghost of explorer David Livingstone in Zambia

From high up in the air, Zambia transforms into a different kind of creature: primal, prehistoric and capable of inspiring wonder.

As we hovered over a game reserve where the grass seemed to roll on forever, the jangled din of Lusaka City dissolved into the gentle lull of the jungle.

I was flying on a two-seat Cessna that was headed towards Mosi-oa-Tunya National Park when Kaytee, my South African pilot from Wilderness Air, called my attention to a curtain of smoke swaying faintly in the horizon.

As the plane homed in, we found ourselves gliding above the thunderous lips of Victoria Falls—a mile-long gash in the emerald-green earth where the Zambezi River plummets into a churning cauldron, spraying double rainbows and columns of white mist into the sky.

During an 1855 expedition to find the source of the River Nile, the falls was discovered and brought to the attention of the British Empire by the great Scottish explorer David Livingstone, who had the colonial audacity to name it after his distant queen.

“No one can imagine the beauty of the view… it must have been gazed upon by angels in their flight,” Dr. Livingstone, the Jacques Cousteau of his generation, wrote of the natural wonder in his journal.

Four hundred years ago, before colonial settlers swept into Rhodesia in search of slaves and rare elephant ivory, this gurgling gorge was a sacred site of the Tokaleya tribe, which worshipped the river god Nyaminyami, a nefarious-looking deity with a body of a serpent and the head of a crocodile.

Spellbound by the rumbling, god-fearing power of the falls, the Tokaleya christened it “mosi-oa-tunya” (“the smoke that thunders”).

The Cessna plane swooped around the falls for a second look before landing in the aerodrome in Livingstone, Zambia’s former colonial capital, now a historic riverside town named in honor of the explorer who had made it famous.

A short drive and a 20-minute motorboat ride delivered me to Toka Leya Camp (www.atoasafaris.com; tel. (+632) 9527414), set along a shimmering stretch of the mighty blue Zambezi, Africa’s fourth-longest river, which separates Zambia and Zimbabwe.

Only seven miles upstream from the foaming mouth of Victoria Falls, the 12-room camp offered a small piece of heaven: modern air-conditioned tents with their own en-suite bathrooms, set amid the riverine woodlands and alluvial plains of the 6,000-acre Mosi-oa-Tunya National Park, a Unesco World Heritage site.

Canopied under a glade of winter thorn trees, every solar-powered tent in the four-star camp sits on stilts and comes with an outdoor wooden deck, the perfect spot to witness blood-orange sunsets or watch a timid pod of hippos meander by the marshes.

Unlike other remote bush camps in Zambia, safaris at Toka Leya revolve around the river: canoeing excursions; wildlife viewing by motorboat; catch-and-release fishing; as well as bush walks and game drives on open-sided Land Rovers.

As with most safaris, my days at Toka Leya began before the crack of dawn, while the stars were still visible and as the mists rolled back slowly in the sunrise.

With the sun at our backs, my guide Histon and I set off every morning on a flat-bottomed motorboat to cruise the length of “God’s Highway,” as Livingstone once called the 1,600-mile Zambezi.

We would drift upstream where the traffic-free river, like an undeveloped Danube, would regain its composure and become almost benign.

There we found carmine bee-eaters, skittish and rose-colored, perched on cliff dwellings by the banks; flocks of Egyptian geese with pharaoh-like eye patches; and every so often, the milky marble eyes of a Nile crocodile, virtually unchanged since the dinosaur age, which would slither up to the boat and suddenly vanish into the murk beneath us.

One afternoon, feeling adventurous, we explored a narrow channel and chanced upon a band of elephants—nearly two dozens of them—clustered around a hole by the river where they vigorously slaked their thirst.

Oblivious to our boat bobbing in the papyrus reeds, the elephants playfully fought, trunks and tusks entwined, and plucked leafy greens from a grove of acacias as the fading summer light turned golden and buttery.

No visit to Zambia would be complete without a foot trek to its mythical falls—often cited as one of the Seven Natural Wonders—which I did on my final day, a little breathless with fright, but with a kind of reckless exuberance normally reserved for teenagers.

It was true. Nothing quite prepares you for the sight of the world’s largest stretch of falling water, viewed from the brawny torso of the basalt gorges as Livingstone did.

Lumbering down a steep and slippery series of steps, I made my way in rubber boots and a poncho raincoat to a dramatic vantage point carved out of a rocky promontory: a man-made terrace devoid of handrails or barbed wires to prevent me from being swallowed by smoky, thunderous jaws of “mosi-oa-tunya,” where the spirit of Nyaminyami, coiled like a cobra on the canyon’s carpet, would be waiting to escort me into the afterlife.

But a gathering mist, like fine Kalahari rain, seemed resolved to obscure my view.

I didn’t hide my disappointment from Histon.

Then, somewhat biblically, a violent gust of wind whipped the white curtain open, revealing 240 degrees of waterfalls in the shape of a natural theater.

It was what 19th-century Romantics would call a sonnet-worthy panorama; a page straight out of Danish author Isak Dinesen.

“Can you feel the energy? asked Histon.

I stood in my sopping jeans, soaked to the bone by the vapors of Victoria Falls, suddenly cognizant of a strange, almost umbilical connection to the wild.

To arrange a customized safari in Zambia and Victoria Falls, visit Asia to Africa Safaris at www.atoasafaris.com.