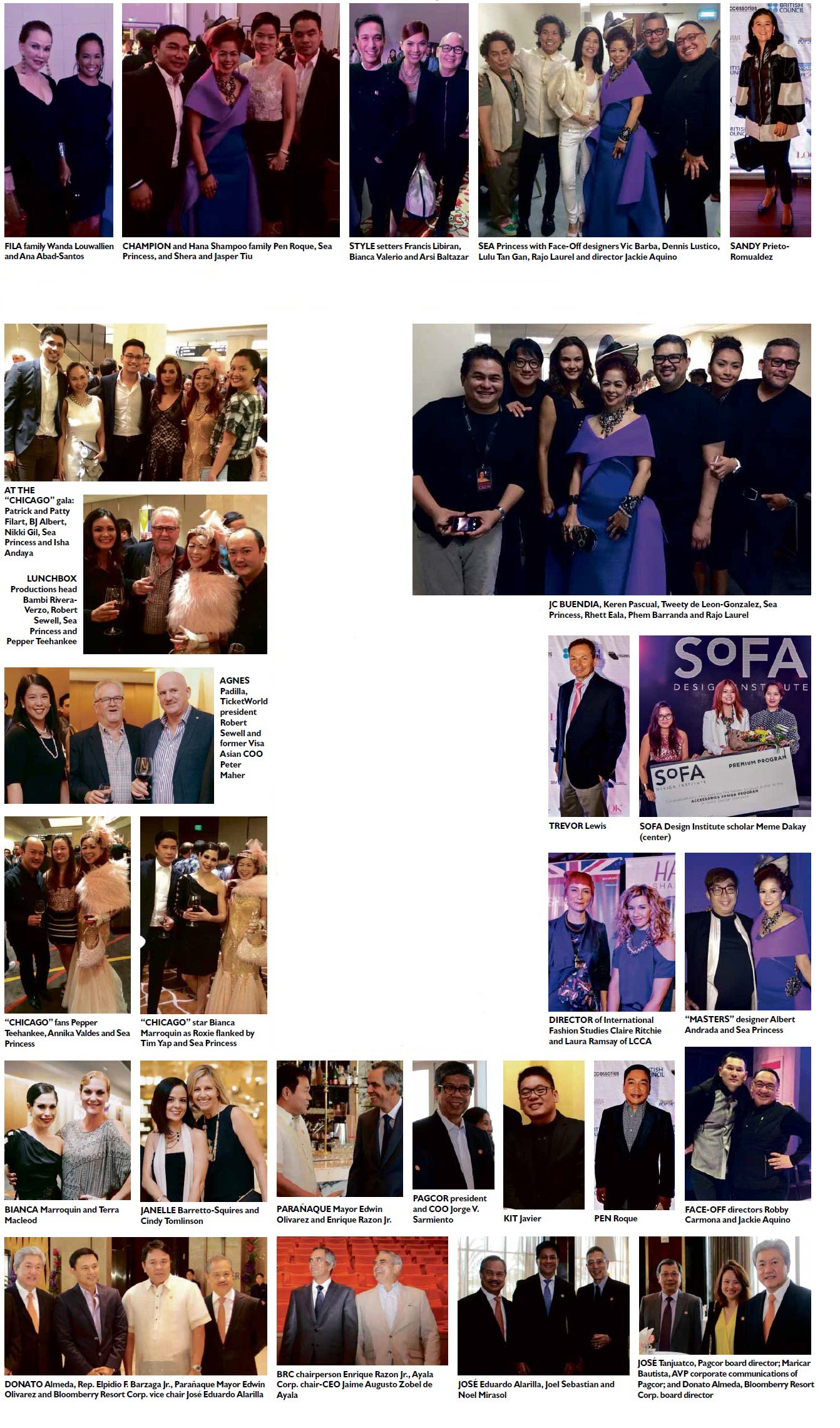 Look how Philippine fashion has come a long way

Philippine fashion has come a long way since the time of the classic terno and baro’t saya. Daring to twist the traditional Filipino woman’s garb via back-to-back shows, Inquirer Lifestyle asked renowned and upcoming Filipino designers to transform the modest maria clara into their modern and unique interpretations.

The first event was the LOOK of Style Awards (Losa) 2014, which challenged finalists from a nationwide search to come up with apparel and accessories inspired by the outfit named after the heroine of José Rizal’s immortal novel “Noli Me Tangere.”

Newcomer Viña Romero couldn’t suppress her tears of joy when she was announced winner of the apparel category, impressing the judges with her smart and tailored separates in blue and cream, with embroidered details.

The annual design competition was organized by LOOK Magazine, Inquirer Lifestyle and the British Council, with Hana Shampoo, Champion Infinity and SM Accessories.

Romero and all the category winners get all-expenses-paid trips to London where they will study a course of their choice at the London College of Contemporary Arts (LCCA).

Another winner was innovative shoe designer Nere Ku, who won in the accessories category. I’ve known Nere since he made my shoes for my “Game of Thrones”-theme anniversary this year.

Em Mariano, a finalist in the accessories category, was selected SM Designer of the Year; and another accessories finalist, Meme Dakay, romped off with a scholarship from the SoFA Design Institute.

British Council deputy ambassador Trevor Lewis graced the event held at Buddha-Bar Makati, as did LCCA’s Laura Ramsay and Claire Ritchie, director for international fashion studies, who were more than pleased with this year’s roster of nationwide finalists.

Even Philippine Daily Inquirer president and CEO Sandy Prieto-Romualdez called Losa “my favorite event,” owing to the colorful and creative outputs produced by the young designers who join the competition.

Just weeks later, Inquirer Lifestyle completed its doubleheader with Face-Off 2014. The sixth edition of this fashion show put together an unprecedented 32 fashion designers, again taking their stabs at the maria clara theme.

Grouped according to their career generations, the “Masters” and “Millennials” dazzled a standing-room-only crowd at the Grand Ballroom of Solaire Resorts and Casino with a three-piece collection each, the third of which was worn by their chosen muse.

Directed by Jackie C. Aquino and Robby Carmona, a collaboration that was a “face-off” in itself, Face-Off 2014 was staged by Inquirer Lifestyle with Hana Shampoo and Champion Infinity, with the support of O+ USA, Solaire Resort and Casino, LOOK Magazine, Max Factor and Jing Monis Hair Salon.

I truly enjoyed the wide array of fashion styles in Face-Off, as the Masters and Millennials showed why they are the country’s top designers today.

Laurel was kind enough to create my own maria clara-theme ensemble in neoprene, of all materials! This shows the depth of creativity we truly have in our fashion industry.

Solaire has been hosting a range of exciting events lately. It recently opened its Sky Tower and Theatre, a brilliant addition to the resort and casino complex, which now has extensive areas for hotel, dining and entertainment aside from its core gaming floor.

Enrique K. Razon Jr., chairperson of Bloombury Resorts which owns Solaire, told me how the Sky Tower “continues the thrill” in the less than two years since the resort-casino opened.

I can see how the Sky Tower elevates Solaire to the top tier of integrated resorts, and will be a magnet for tourism in the country. It’s amazing to see all the development in Pagcor’s Entertainment City and to visualize how all this will make Manila an exciting tourist destination in the coming years.

At the VIP tour, I was impressed with the House of Zhou and The Macallan Whisky Bar, both exclusive to VIP gamers. The Sky Tower also features two restaurants, the Waterside Restobar and Oasis Garden Café.

The crown jewel of Solaire Resort and Casino is The Theatre. This 1,760-seat, certified lyric theater is designed to provide a superior audio-visual experience for a wide range of theatrical plays and musicals, dance performances, concerts, and amplified music and speech events.

The Manila season of “Chicago” is the first production to be staged at this beautiful venue.

With no extension possible, “Chicago” runs until Dec. 21 only. I enjoyed the gala show so much that I am watching it again tonight on the invitation of Steve and Loli Sy of Subzero and Focus Global.

The after-party of the gala night was held in one of the ballrooms at The Forum in Bonifacio Global City. This 2,000-square-meter facility includes eight meeting rooms, two boardrooms and a column-free grand ballroom and a flexible pre-function area.