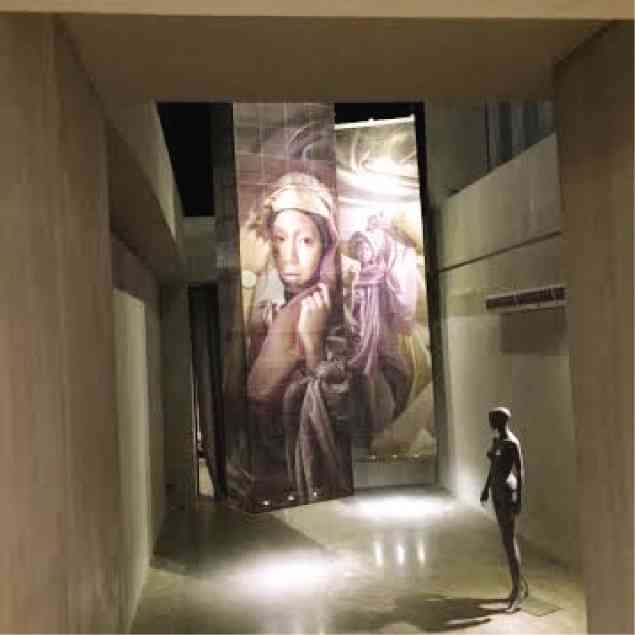 The Swatch + Art + Fashion must be the most unique, trailblazing style event of 2014 that was never planned. It must have been the result of creativity-inducing midnight vibes at the newly inaugurated Swatch + Swatch Center on Pasay Road.

It’s a multimedia maze installation to open tomorrow at the Center.

It was the midnight impromptu get-togethers there with Swatch pioneer and retail icon Virgie Ramos that gave rise to the idea to do a fashion shoot for Inquirer Lifestyle, featuring the “Sabel”-inspired clothes presented by the 25 designers during the inauguration of the Swatch + Swatch Center last December 4.

We fell in love with the minimalist architecture of the Center, including its whitewashed walls whose exact hue we couldn’t peg—it’s a blend of ash gray and taupe. It’s clean and sleek, yet evokes warmth.

And the space—it’s unimpeded and unembellished. As our colleague Glenna Aquino of Cocoon Home Magazine said upon seeing the place, “It’s a conceptual space.” This means one can do anything with it and in it.

We simply had to have a fashion shoot here, we told “Tita Virgie” one late night.

As it happened, the fashion shoot became a masterpiece production of Gino Gonzales, the country’s foremost theater production designer. The result was The Swatch Christmas special of

The pictorial concept was cutting-edge and imaginative, to say the least. If there was such a thing as out-of-the-box thinking in fashion shoots (notice how today’s fashion glossies seem to look the same, very generic), this was it. Gino employed his expertise—indeed, his talent—as a designer of theater productions and of events spaces, in general—to produce images that simply overwhelmed, yet stayed true to projecting the brand of Swatch.

Gonzales, who is not from the fashion industry but who has collaborated with fashion designers, can teach a fashion/magazine editor and photographer a thing or two on how to push the envelope when it comes to style aesthetics—and yet not eclipse the clothes or the fashion product that is the style story. I, for one, have been frustrated many times with photographers and stylists who show their “design statement” (“kuno”) while forgetting the clothes or the style story the editor wants, in the first place. 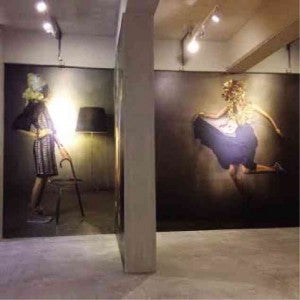 Gonzales didn’t commit such a sin of omission—or self-absorption. The photographs show the watch—yes, it’s not about the photographer or the fashion designer or the sittings editor, it’s about the watch!

Upon seeing Gonzales’ shoot outtakes and installations, I remembered again his previous works that impressed me, and which I can still visualize. He did the terno retrospective at Metropolitan Museum and paid tribute to Joe Salazar in the process (Salazar died shortly after that). How could a production designer make the Metropolitan Museum seem much more spacious, I asked myself. The exhibit was a lucid but dramatic way of telling a story about the terno and the great designers who did it. I wondered then about the young man who designed the space and whom Inno Sotto gushed over. That young man was Gonzales.

The Pitoy Moreno retrospective was another Gonzales masterpiece that came to mind. He was able not only to project the vast collections of Moreno, but also to give the Cultural Center of the Philippines’ stage great depth and breadth. I didn’t get to meet Gonzales then.

Although he’s a bosom friend of Lifestyle staffer Raoul Chee Kee, I never had the chance to meet this man, who people say would step into the shoes of our good friend, the late National Artist Salvador Bernal.

I finally met him through Tita Virgie one late night at Swatch Center as he prepared for the Dec. 4 bash.

Now it can be told that it took days to do the fashion shoot, and literally crates of props to compose the images Gonzales wanted.

Yet, interestingly, the images projected “Sabel”—albeit in couture, but “Sabel” nonetheless. “Sabel” was, is, the scavenger woman the National Artist BenCab has immortalized in Philippine art, and even in global art, the “Sabel” many an art collector would give an arm and a leg for.

“Sabel” was the inspiration behind BenCab’s design of the limited-edition Swatch, which was launched on Dec. 4 to mark the brand’s 25th anniversary in the Philippines. BenCab also became the first Filipino artist whose Swatch design was released in a limited world edition. He joins the ranks of Yoko Ono, Annie Leibovitz, and the famous American artist Keith Haring, all of whom had designed a Swatch world limited edition.

Through the decades “Sabel” has inspired other forms of art, such as sculpture and even dance.

This week, “Sabel” the couture lady jumps out of the pages of Inquirer Lifestyle and into the multimedia installations of Gonzales at Swatch Center.

In an installation show called Swatch + Art + Fashion, Gonzales has turned the fashion images into the wall murals of a maze built at the Center.

As one walks into the maze, one is treated to a visual journey—indeed, a multimedia experience that fuses art and fashion.

As far as we know, this is the first time this has been attempted on the local fashion scene.

It opens tomorrow with cocktails at the Swatch Center, and will be open to the public starting Dec. 19.