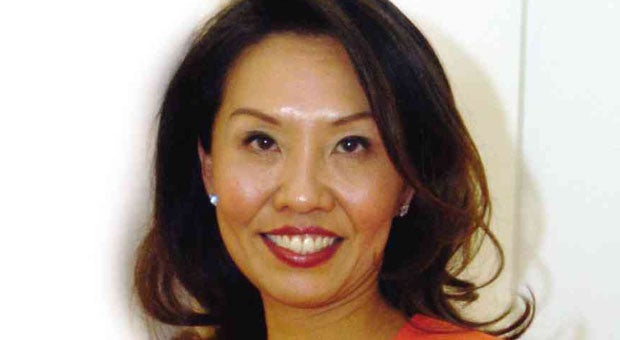 This diplomat’s wife has made urban renewal her new mission

When her husband, Belgian Ambassador Roland Van Remoortele, was posted in the Philippines from 1998 to 2002, Sylvia Tay engaged in what most expat wives did.

This Singaporean-born spouse took to ballroom dancing, then the social activity du jour, and diving—even becoming a certified instructor.

Now back in Manila for her husband’s second posting, she is embarking on something different and more meaningful.

As a scuba diver, she has witnessed the seas being depleted of marine life due to global warming and human foibles.

In an interview with Inquirer Lifestyle she shows images she took on her laptop. The photos depict the rapid but unwieldy urbanization in developing countries that is causing environmental and socioeconomic problems.

“These are slums in Lagos; traffic jams in Vietnam; pollution from factories in China and flooding in Malabon. How can we reverse them?” she asks. “All these stirred up my passion to support sustainable development.”

Trained as an environment engineer, she develops technical solutions to improve the quality of the environment and to maximize its resources.

As chair and cofounder of Activistar Advocacy, a nonprofit organization that promotes environment awareness and sustainability, she has launched a student competition on urban renewal in Manila.

“The International Town Planning Competition: City Beautiful Manila 2015” will gather proposals from students in the Philippines and neighboring countries on how to make a city more liveable for locals and attractive to tourists.

The students will form teams to provide a concept and make a presentation.

Students from Singapore, Malaysia, Qatar, India and international schools will fly to Manila for a field trip as part of their research.

Students from the Philippines will visit Singapore to learn about its policies, urban development and water management.

Final deliberations will be on April 4-5, 2015, in Singapore. The grand prize is S$1,000. The winning entries will be given to the mayor of Manila for possible implementation.

Why Manila? Mrs. Van Remoortele explains that the city hosts the oldest Chinatown in the world; its universities are also older than those in her country; it is the birthplace of commerce and trade, and has a thriving school district.

To determine how “walkable” the city is, the Van Remoorteles took the MRT and LRT, and walked from the Pedro Gil Station to Roxas Boulevard.

“There were some improvements. People use the promenade and enjoy the sunset. I have never seen such a beautiful sunset,” she says.

She agrees with the Filipinos on the need for more public toilets, trash cans and road repairs.

The International Town Planning Competition has had its precedents in Malaysia, Burma (Myanmar) and Vietnam.

The launch case study in Hanoi, Vietnam, tackled the problem of traffic congestion.

One of the winning entries came from a polytechnic school in Singapore. The team made a scale model for rerouting traffic.

“The students designed a ring road similar to China’s and placed bus depots outside of the city. The innermost part was pedestrian-friendly,” she says.

Iskandar, the southern development region in Malaysia, was chosen as last year’s second case study as it has been drawing attention to how economic progress affects the environment.

“The government is pushing it as the next economic engine with massive development. Some areas are still green with mangroves and fisherfolk living on the coast.

“When development comes in, what will happen to these people? Are they going to be victims of development or will they be part of the progress?” she wonders.

Activistar Advocacy brought students to the fishing village that has become an ecotourism destination with its fish and mussel farm tours.

Moreover, local women make souvenirs. “If the place booms, these people will be the natural customers. The indigenous fishing folk will not be left behind by progress. This is social integration,” explains Mrs. Van Remoortele.

One of the winning entries from a Singapore school provided a comprehensive plan for Iskandar, which included development phases.

“They picked a hub that had schools, parks and a residential area so that people don’t need to travel so far. The transportation plan was included,” she says.

This year’s contest focused on Rangoon, Burma’s largest city and center of commerce. It contains the largest number of examples of British colonial architecture in Southeast Asia.

As Burma opens its doors to the world, Rangoon has become a mix of decaying turn-of-the-20th-century architecture, modern apartment buildings and underdeveloped satellite towns.

The contest posed challenges on tourism sustainability and the cost of development.

A training workshop is another important feature of the competition. It educates the youth on what makes a town a pleasant place to live in and the challenges of urbanism.

Singapore is used as a model of an environment-friendly city. Fifty years ago it struggled with overpopulation, squalid living conditions and nonexistent infrastructure.

In time, it has become an affluent city-state, replete with parks, tree-lined avenues, ample public housing and land-reclamation projects. The slums have been replaced with state-of-the-art international financial and business hubs.

To cut down its importation of water from Malaysia, Singapore developed a desalination plant, and several water plants that treat sewage and purify the water for commercial, industrial and human consumption.

In the past three years, Activistar has touched the lives of a thousand students who worked on the three case studies. Mrs. Van Remoortele is confident that the Filipino students will shine in the 2015 competition.

“Aside from the home-ground advantage, they are very articulate and are creative, especially in handwork,” she says.

She has been doing the rounds of schools, hoping to inspire students to initiate change.

“People say there have been so many plans about Manila, why create more? I said these plans are not going to happen tomorrow.

“You are nurturing young leaders … who will grow up to be policymakers. They will join multinational corporations or governance where they will be called to do something. You want to expose them to what sustainability means and what environmental awareness is for—the future cities.

“Our push is to nurture these young people who will be the custodians of our cities,” she says.

AIM: To raise awareness of a sustainable and liveable environment based on a case-study city

HOW: Students will produce a master plan for an eco-friendly township which includes habitat, transportation, water and waste management, and solutions for sustainability.

WHO CAN JOIN: Students between the ages of 14 and 20 can form a team of four to six.

MECHANICS: Teams will submit a written proposal. The Top 10 finalists will fly to Singapore to compete with the other international finalists in April 2015. The finals include a multimedia presentation and a township model building. Winners will be selected in three categories: Junior (14 to 16 years old), Senior A and B (which includes polytechnic schools). The grand prize is S$1,000.