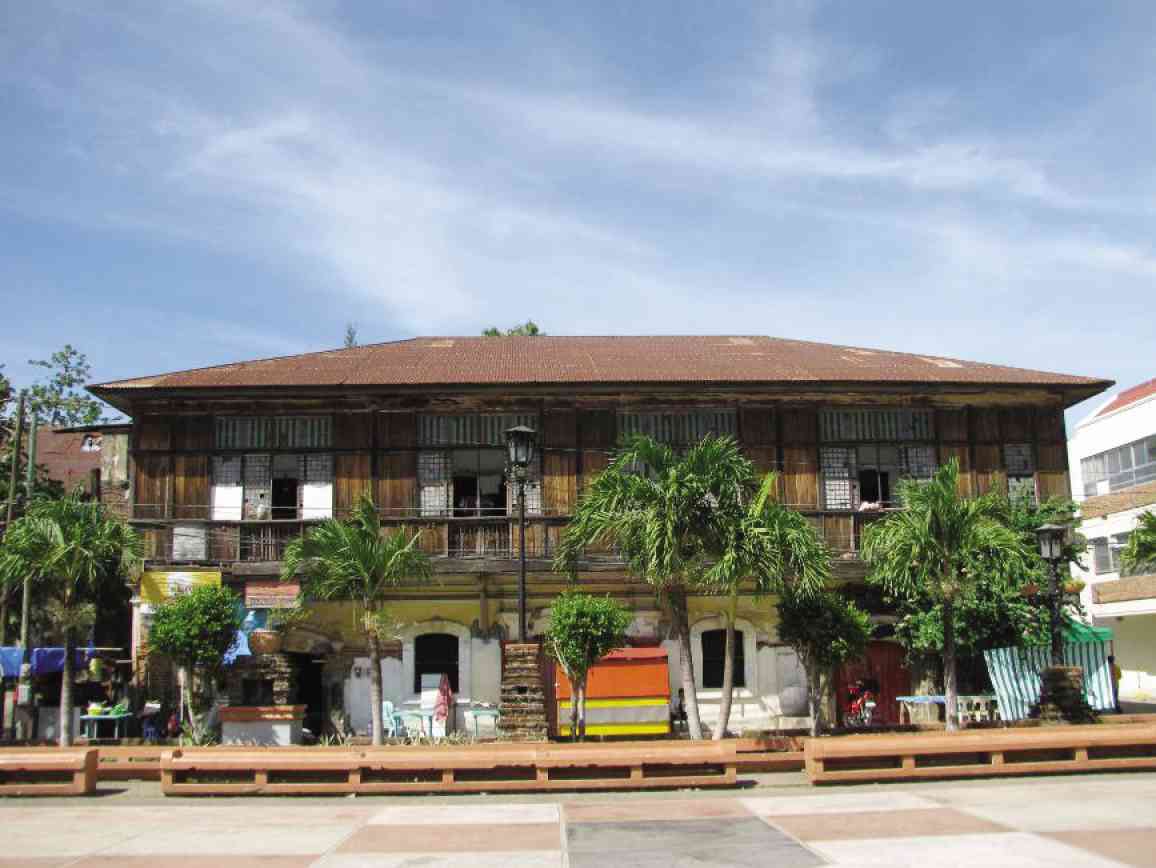 Realizing the value of heritage in development, the municipal government of San Nicolas, Ilocos Norte, has recently conducted a cultural-heritage mapping project aimed to preserve and promote the town’s rich heritage.

Th project was initiated by the local government in cooperation with the Department of Education, Department of Tourism, and University of Santo Tomas Graduate School – Center for Conservation of Cultural Property and Environment in the Tropics (USTGS-CCCPET).

Over a hundred public-school teachers, barangay health workers and municipal employees participated in the activity, mapping out the town’s built, natural, movable and intangible heritage.

The cultural mappers were able to document Spanish-era structures such as the Catholic church and convent, circular cemetery with ruins of its chapel; municipal hall, formerly a Casa Tribunal and schoolhouse; elementary-school building, which was another former Casa Tribunal; old houses; and ruins of the old settlement at Nagrebcan.

They also documented various species of medicinal plants, animals, landscapes; produce being sold at the public market; local food such longganisa and bagnet, as well as traditions.

Known for its pottery industry called damili, San Nicolas, it was found out by cultural mappers, also has a traditional dance inspired by local pottery.

The town’s pottery industry is alive and booming following the local government’s thrust in promoting the town’s age-old pottery tradition, which has been declared part of the School of Living Traditions program by the National Commission for Culture and the Arts (NCCA).

At 84 years old, Nana Paul (pronounced as Pa-ul) Rangcapan is the oldest damili potter in town.

She said she kept the tradition alive by passing it onto her children and grandchildren.

Due to the cultural-mapping project, Mayor Melanie Grace Valdez said people now have “a deeper appreciation of what San Nicolas has. Its culture, its heritage, even its history.”

She said the experience had been “enriching” cultural mappers and heritage advocates, “and now they are able to help their students understand what San Nicolas is.”

Vice Mayor Valdez is the proponent of the project, tapping Zerrudo a few years ago to conduct the cultural mapping of the town.

Municipal tourism officer Richie Cavinta said the local government had legislations protecting the town’s old structures, saying that all interventions to be done in them would have to seek permission from the municipal government.

He added San Nicolas was promoting old structures not only for tourism but for their cultural worth.

Because of the cultural-mapping project, Cavinta said the level of awareness and appreciation by the residents of the town’s heritage had increased and been strengthened.

Cavinta added the town leaderhship was studying how to use culture and heritage tourism for sustainable development.

Councilor Aladine Santos said the cultural mapping project was important because it allowed residents to appreciate their heritage.

Santos said the municipal government also had an ordinance promoting and sustaining its damili industry.

He said the town now required those applying for building permits to make use of the town’s products in the constructions. Products include bricks and Machuca tiles.

He said part of the program was the revitalization of the damili industry, tin-smithing, tannery, Machuca tiles production and traditional food production.

“Aside from the help we’re extending to the livelihood of the people of San Nicolas, at least we have revitalized our rich heritage,” said Santos.

Speaking at the graduation ceremony for the cultural mappers, Florante Riego of the San Nicolas National High School said that real education “is the use of community resources in teaching, preserving and protecting our culture.

“We have already started preserving our culture and heritage. May we not stop here.”

The data gathered from the cultural-mapping project will be used by the local government when it sets up the local museum.

An election of officers for the San Nicolas Cultural Mapping organization was also held during the graduation. Mayor Valdez said the organization would help sustain heritage efforts of the town leadership.