Memory and recollection in the art of Benjie Cabangis | Inquirer Lifestyle ❮ ❯ 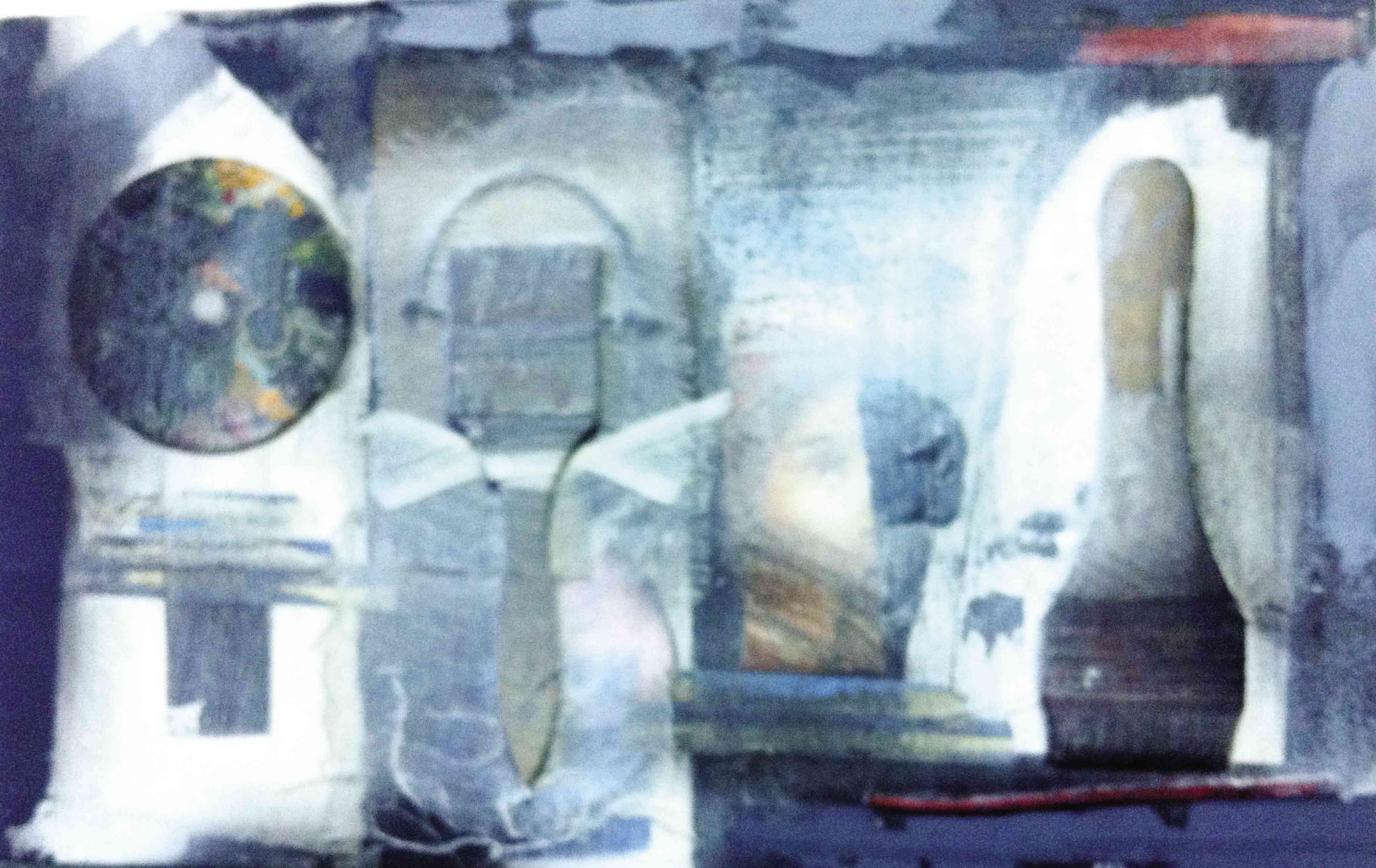 Memory and recollection in the art of Benjie Cabangis

Known for his abstraction and deft exploration of materials and technique, Benjie Cabangis’ recent works at his Gauze Project exhibition at University of the Philippines Fine Arts Gallery acutely depict the question of framing time in art.

The 12 pieces on exhibit recast the possibilities of what is painterly. Cabangis employs tropes of memory, collection, and both apparition and concealment.

The works are reminiscent of American visual artist Robert Rauschenberg’s combines, which are amalgamations of not just seemingly arbitrary materials but also an array of techniques that lead to its cohesion.

Cabangis has massed materials across the years and has decided to incorporate some of them in his new works. As if not wanting to discard these material memories, Cabangis employs paintbrushes that have been used through the years, a handful of sticks, some torn images and combined them onto a surface. The objects seem to be ephemeral, destined for obliteration, yet Cabangis elevates them to a point of immortalizing them in his works.

The act of commemoration is completed with a thin layer of gauze and is laid upon the objects, thus sealing them with an adhesive and become frozen in time.

His works are like apparitions of memories with quaint cutouts of a nipa hut and hints of an abandoned drawing. The way the gauze has been draped offers a second skin to these discarded materials simulating a new terrain to course through the surface. With some parts with tears and holes, the gauze does not exactly entrap and enshroud the objects to obscurity; instead, it simulates some ripples that distort the images underwater.

Such a technique hearkens back to the ancient Egyptian practice of preserving the body through mummification in which careful considerations are made to protect what is to be usually left to decay or discarded, preparing it for immortality. The final act is the sealing with the gauzes and thus memento becomes a monument.

Cabangis has not only pushed the issues of technique and material in contemporary art but foregrounds the notion of time and destruction. What is to be “saved” and “preserved”? Such thinking has been at the root of painting and its adjacent manifestations in visual arts and attempts to preserve a constellation of memories, of feelings, of declarations and cast upon the canvas and festooned upon the walls.

Yet, Cabangis questions the notion of commemoration by veering away from the grand elegiac and instead works with the quiet and subtle ordinariness of everyday objects. Such ordinariness we tend to discard and ignore; but for Cabangis, a source of inspiration and even wonder.