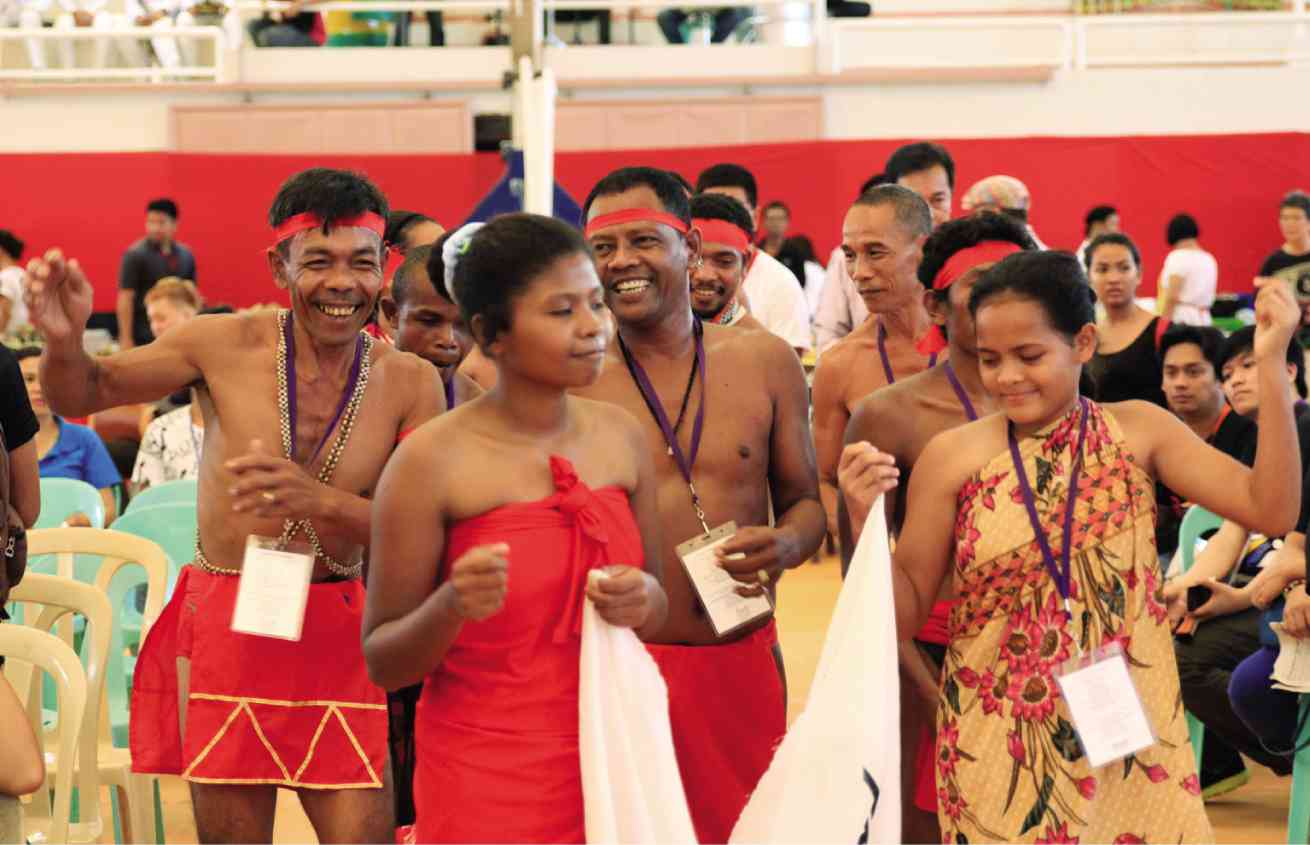 Indigenous communities in the Visayas region that gathered in Bacolod City for the Dayaw indigenous people’s festival said they were still coping from the devastation of Super Typhoon “Yolanda” (Haiyan) and the 7.2-magnitude earthquake last year.

During the Visayas leg of the Dayaw festival, ethnic groups from Central Philippines said that they were thankful for the relief and help from public and private groups.

Dayaw is the largest gathering of indigenous communities in the Philippines. It is organized by the National Commission for Culture and the Arts (NCCA) every November, which has been proclaimed by Malacañang as Indigenous People’s Month.

“They are still recovering, but the sharing of stories and ideas after the calamities among the indigenous groups in Central Philippines are very enriching,” said Alphonsus Tesoro, head of the NCCA national committee on central cultural communities.

“The local government and private organizations are very helpful in the recovery and the rehabilitation of the indigenous communities in the Visayas after the natural calamities,” he said.

Tesoro added that the Schools of Living Traditions (SLT) damaged by the typhoon and earthquake received financial aid from the Association of South East Asian Nations – Committee on Culture and Information (Asean-Coci) through the Department of Foreign Affairs and NCCA.

Last Oct. 28, the Asean-Coci handed $45,000 for the restoration of Pan-ay Church in Capiz and the affected SLTs in the Visayas.

The groups that received assistance to rehabilitate their respective SLTs are the Panay Bukidnon in Iloilo and Capiz, the Ati in Aklan, and the Waray in Samar.

Jose Llanza, cluster head of the Waray Inabaknon group, said that the SLT on Waray Tikog weaving in Basey, Samar was greatly ravaged by the typhoon.

“The SLT in Basey is situated inside Suhotan cave and the school where they hold their lessons was destroyed,” Llanza said in Filipino. “Their priority as of the moment is how to recuperate in terms of livelihood like farming and fishing.”

He also noted that the group was also having problems liquidating expenses because receipts were washed out by the typhoon.

“Because they are still recovering from Yolanda, the SLT is not yet their priority. It is also hard for them to continue the program because of monetary problems,” Tesoro said.

Tesoro said that there were about 200 participants in the Visayas leg of Dayaw 2014 coming from nine different cultural clusters.

Different games from various cultural communities were showcased during the festival. Delegates and students from Bacolod joined the games.

Theme of this year’s Dayaw was “Katutubong Filipino para sa Kalikasan at Kapayapaan.”