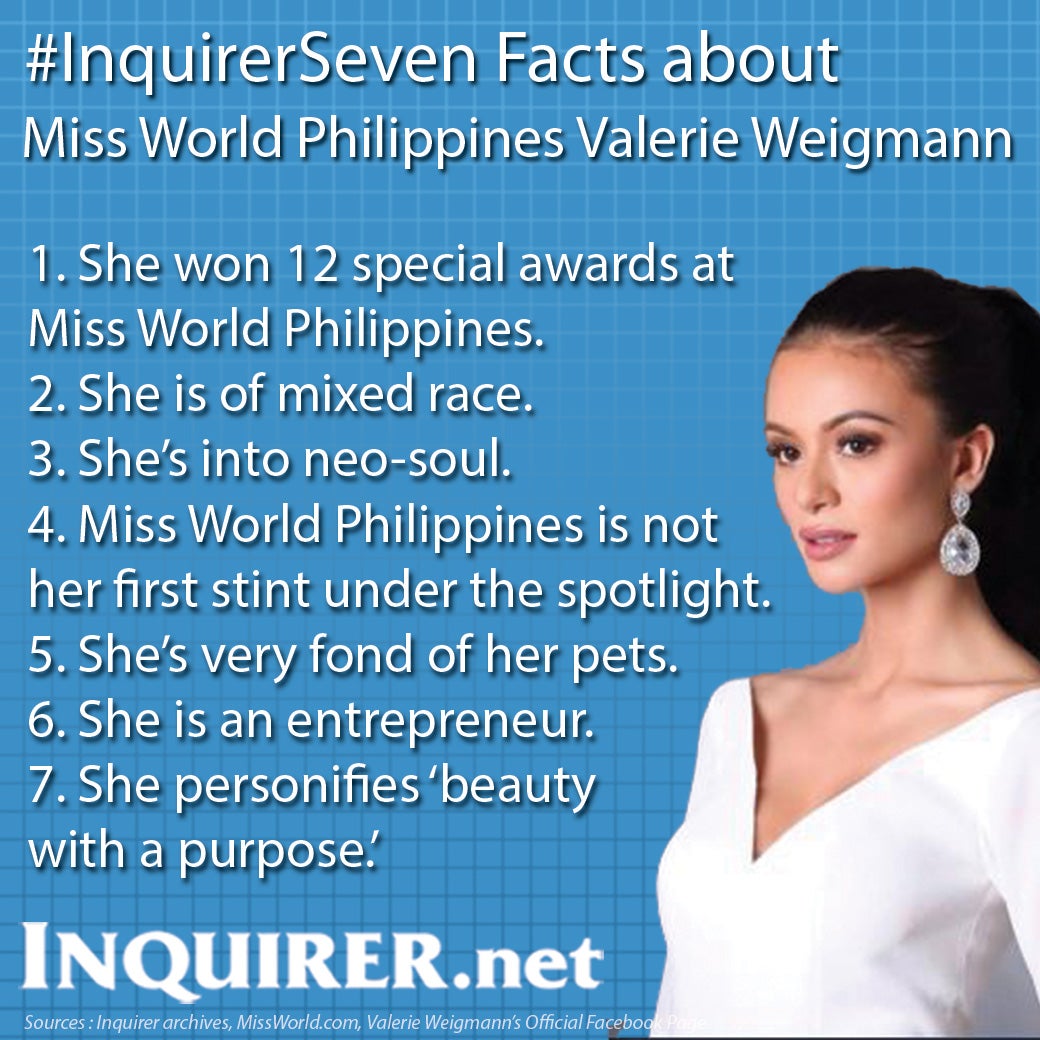 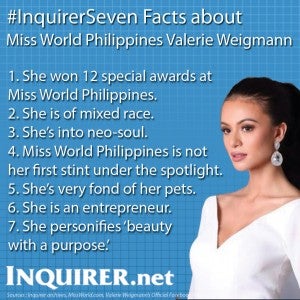 MANILA, Philippines — Miss World Philippines Valerie Weigmann may not have made it past the Top 25 of the annual beauty pageant’s grand finals, but that doesn’t make Filipinos any less proud of the 5-foot-10 stunner.

In honor of Weigmann, here is the #InquirerSeven list of facts on the model turned beauty queen.

At the coronation night of Miss World Philippines on Oct. 13, Valerie claimed more than half of the 20 special awards given throughout the night. In the main special awards, she was crowned best in swimsuit, best in fashion runway and best in long gown. She also won a host of sponsor awards, including Miss Figlia, Miss Solaire and Miss Bench.

On her official Facebook page, the 25-year-old Weigmann describes herself as of Filipino, German and Danish descent. Her mother is Filipino and from Albay province.

Before winning the chance to represent the Philippines at the Miss World grand finals, Weigmann was already popular in the local entertainment scene as a cohost of the hit noontime show “Eat Bulaga!” She is also a model and was once a housemate during the “Pinoy Big Brother: Teen Edition Plus” alongside actors Robi Domingo and Ejay Falcon, who flirted with her at one point during the series.

As if being a host and actress isn’t enough, Weigmann has added restaurateur to her resume as the co-owner of Bamm, a German-Turkish restaurant at A. Venue Mall in Makati City. On the menu of this 24-hour joint are a variety of sausages served with sauerkraut and mustard, as well as homemade hummus and Döner, or a traditional Turkish kebab usually made of lamb, in sandwich form. 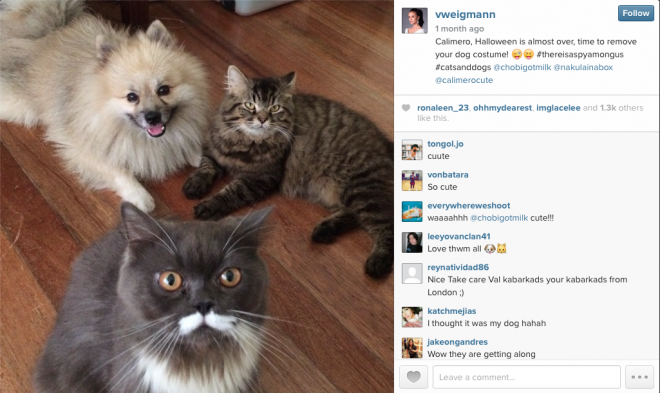 In an e-mail to the Inquirer, Weigmann said her favorite genre of music is neo-soul, citing John Legend, Maxwell, Jill Scott, D’Angelo and Lauryn Hill as among her favorites.

True to the Miss World mantra, “Beauty with a purpose,” Weigmann wishes to bring to the world stage awareness on the indigenous peoples in the Philippines. This year, she lent support to MusiKaramay, a benefit concert that, according to its Facebook page, raises money for charitable causes by promoting local street music. Proceeds of the Oct. 14 concert—currently its second show—went to the Aeta community in Mayantoc town, Tarlac province.